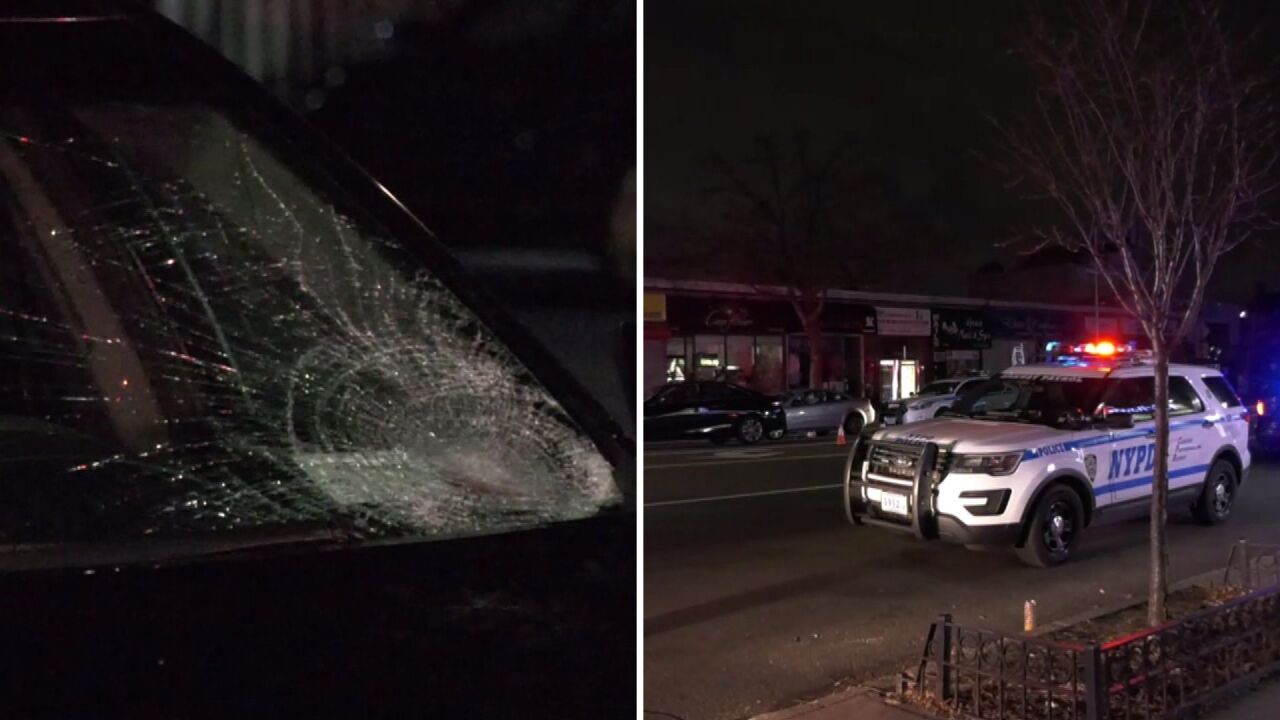 A 74-year-old woman was hospitalized for non-life-threatening injuries after she was struck by a car in Bayside, Queens Feb. 27, 2020.

BAYSIDE, Queens — A 74-year-old woman was struck by a vehicle in Queens Thursday night, police said.

It happened around 10:30 p.m. in the vicinity of Bell Boulevard and 48th Street in Bayside, police said.

The woman was crossing the street when a Toyota Camry turned and struck her, police said. She was not at the crosswalk at the time of the incident, according to authorities.

The victim was taken to the hospital with injuries to her arm and face, cops said.

Video of the scene shows the black car, which appears to be a Lyft with frontal windshield damage.

It has been a deadly week for pedestrians. At least six people were struck and killed by vehicles across New York City, including two children in East New York, Brooklyn. A 10-year-old girl was fatally hit by a school bus on Tuesday, and a 7-year-old boy who was killed while walking to school Thursday.