4 wanted in Queens for 3 robberies in 10 minutes: police 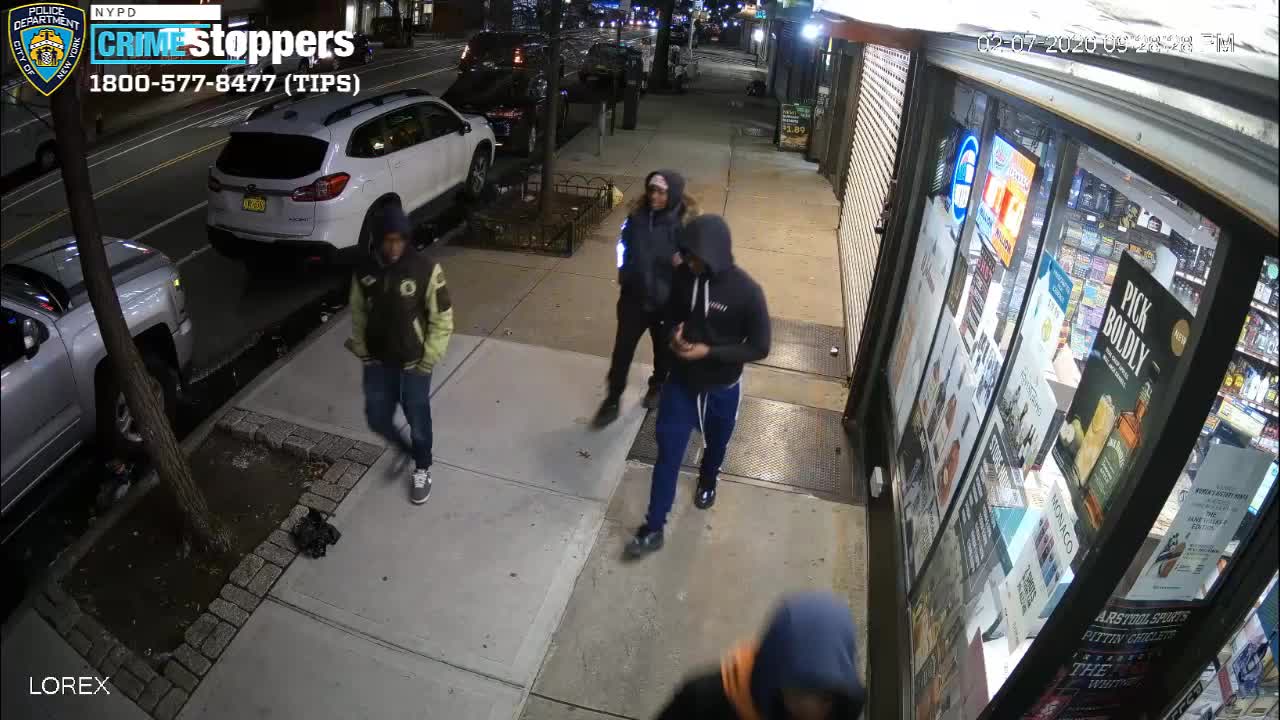 MASPETH, Queens — A group of four people are wanted in connection with a robbery pattern in Queens that occurred over the course of 10 minutes.

The first incident took place at around 9:20 p.m. on Friday, Feb. 7 on Grand Avenue. The individuals approach a 38-year-old man and punched him in the face before trying to steal from his pants pockets before fleeing in an unknown direction. They were unsuccessful in taking anything from him and the victim refused medical attention.

The second incident took place on 71st Street at 9:25 p.m., as the group approached a 15-year-old girl. They grabbed her from behind and forcibly took her cell phone and air pods before fleeing. The victim refused medical attention.

The third incident happened at 9:30 p.m. on 70th Street and 53rd Avenue. The group approached a 41-year-old man and punched him in the head, knocking him to the ground where they continued attacking. They took the victim's backpack before fleeing.

Anyone with information in regard to the identity of this male is asked to call the NYPD's Crime Stoppers Hotline at 1-800-577-TIPS (8477) or for Spanish, 1-888-57-PISTA (74782). The public can also submit their tips by logging onto the CrimeStoppers website at WWW.NYPDCRIMESTOPPERS.COM or on Twitter @NYPDTips.