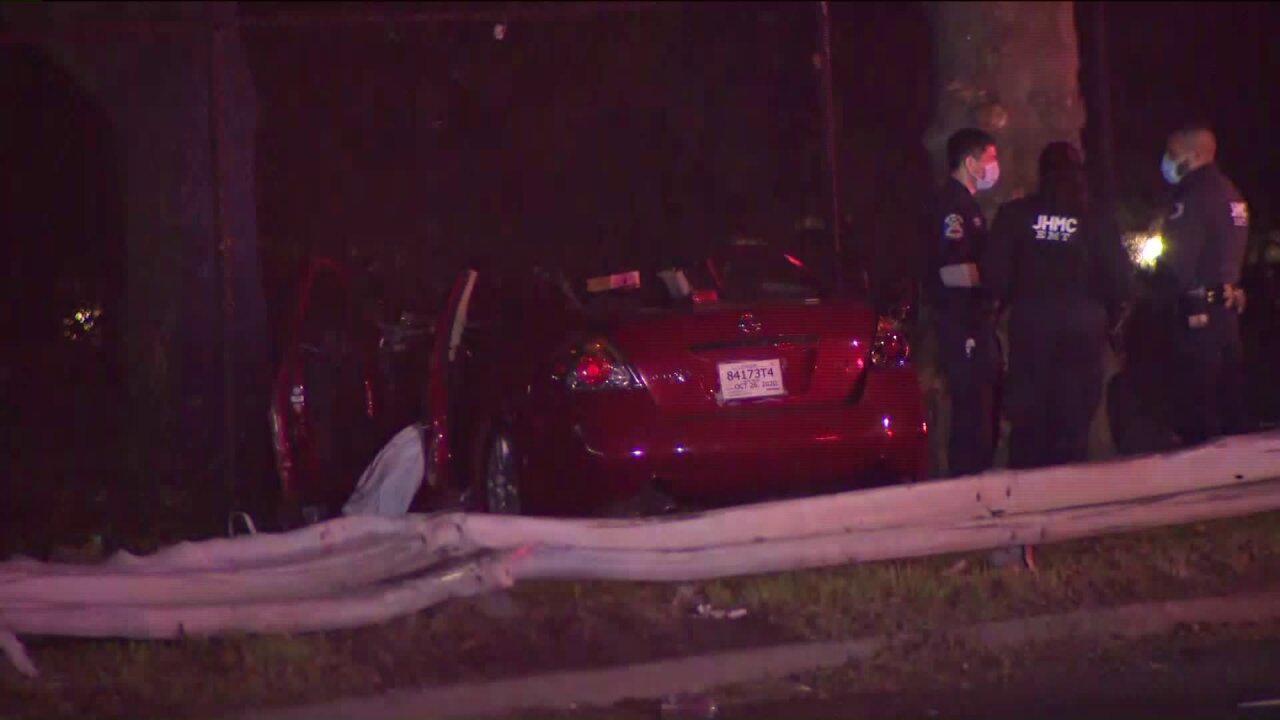 PIX11 News
The scene after a major crash in South Ozone Park, Queens that left at least three people dead and a fourth victim hospitalized early Tuesday, Oct. 6, 2020, according to police.

SOUTH OZONE PARK, Queens — Three people are dead after a major crash on a Queens highway early Tuesday, according to the NYPD.

A spokesperson for the NYPD said a Nissan Altima flipped over a guard rail and then hit a tree before catching on fire.

The FDNY arrived on the scene and extinguished the flames.

Two women and a man were pronounced dead at the scene, authorities said. The identities of the victims were not immediately released by police.

Cops said a fourth victim, a 24-year-old man, was rushed to a nearby hospital. There was no immediate information on their condition.

It was immediately unclear if there were any road closures due to the crash or the subsequent investigation.