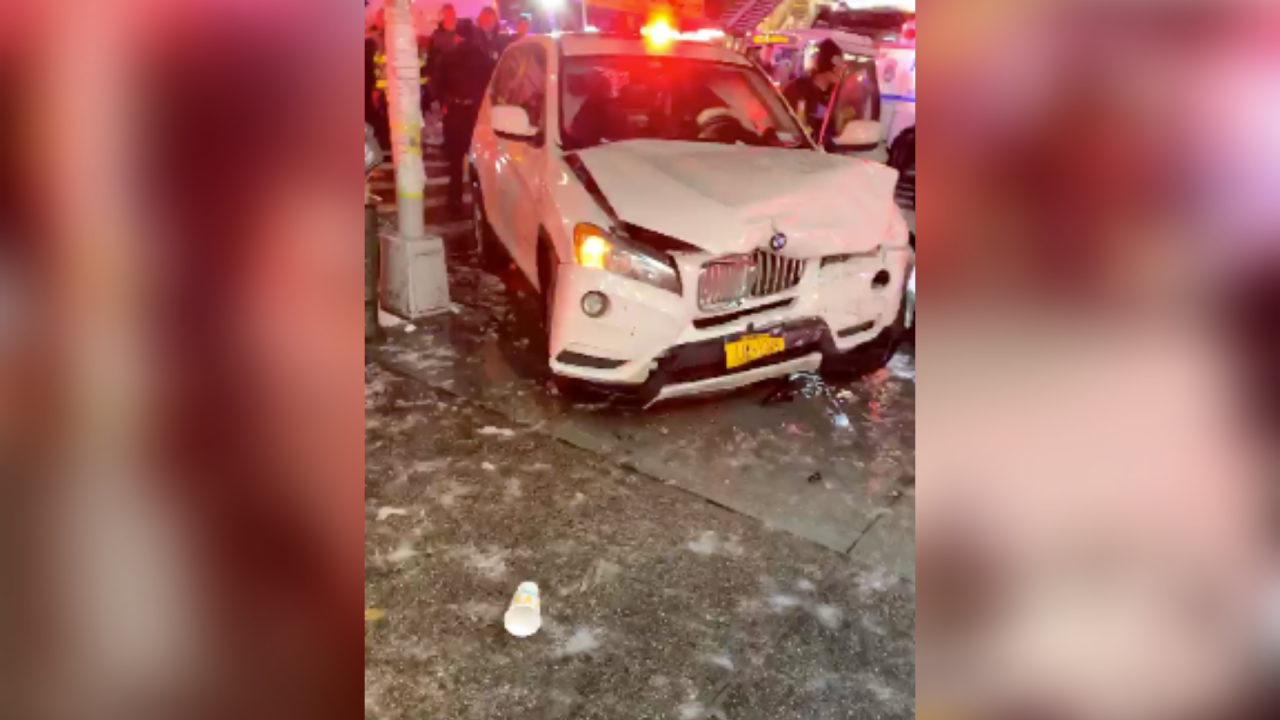 SOUTH OZONE PARK, Queens — Three people were injured in a crash in South Ozone Park, Queens, including an NYPD officer.

The officer who was involved didn't sustain critical injuries, according to police.

Tthe officer and two others were transported to a local hospital.