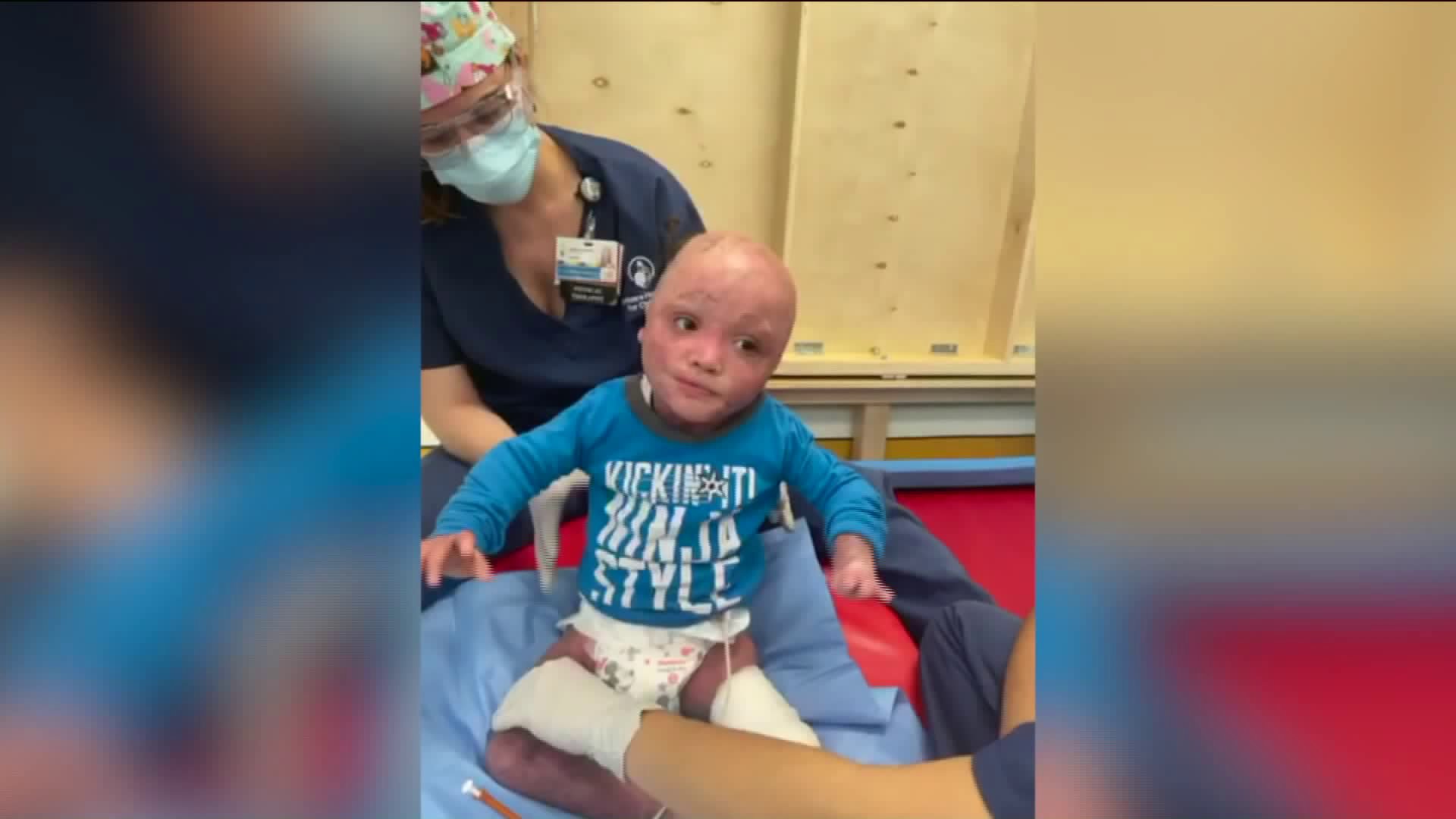 The 2-year-old's mother, sister and grandfather died in the fire. Dominguez suffered burns on 95% of his body. Doctors amputated his entire left foot, fingers and toes.

The toddler has gone through 34 surgeries at three hospitals in three states. Over the course of a year, Dominguez is making tremendous strides. He can now sit up on his own and can breathe without a ventilator.

PIX11 News was at the family’s home when members of the NYPD’s Rapid Response Unit arrived with gifts to spread holiday cheer to Dominguez and his family.

Detective Suk Too said she was happy to be able to do something for the family and wished them a happy and healthy holiday.

Many call Dominguez a miracle little boy, fighting against all odds. His aunt agrees.

“He just fights like a tiger for his life.”

You can donate to help cover Liam's medical bills on the family's Gofundme.