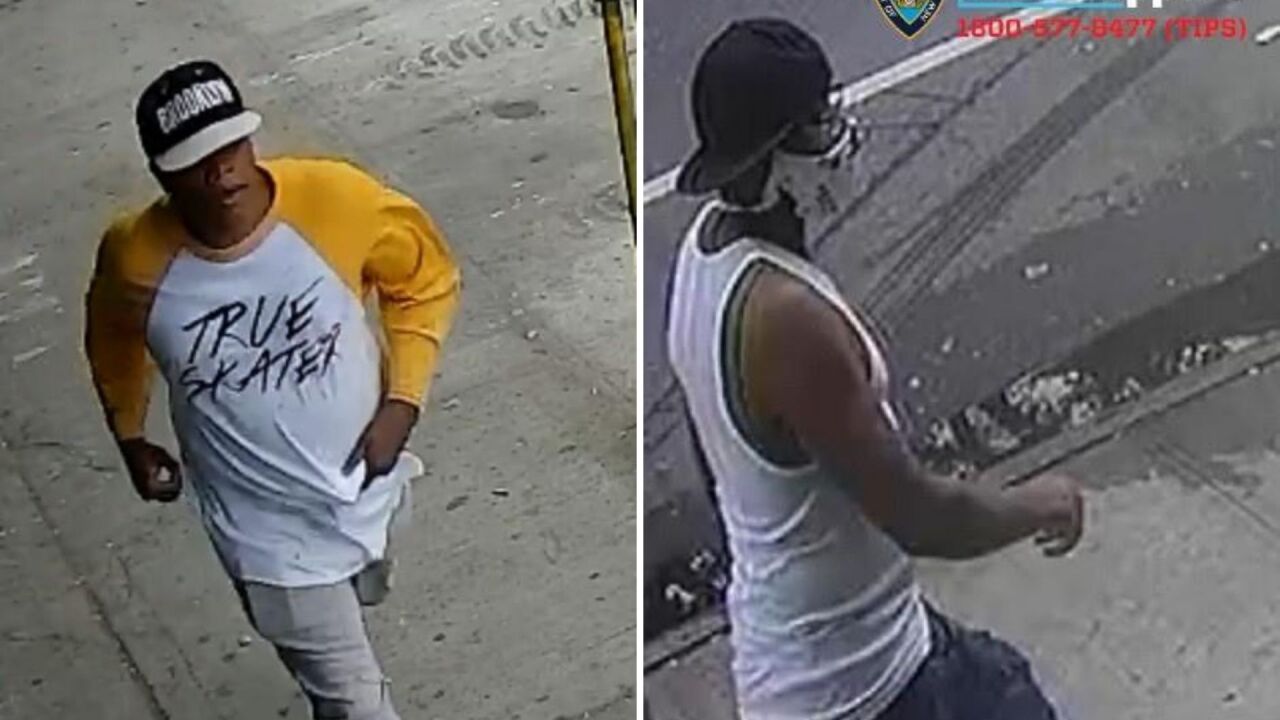 NYPD
Police released surveillance images of two men sought in connection to the stabbing of a 33-year-old man in Queens on July 1, 2020.

DUTCH KILLS, Queens — Authorities are searching for the people who allegedly stabbed a man several times in Queens earlier this month.

The 33-year-old man was stabbed several times in the stomach, left shoulder, left ribs and right finger by two individuals, according to authorities.

The suspects fled the scene. The victim was taken to the hospital for his injuries.

Police released images of the people wanted for questioning in connection to the incident.