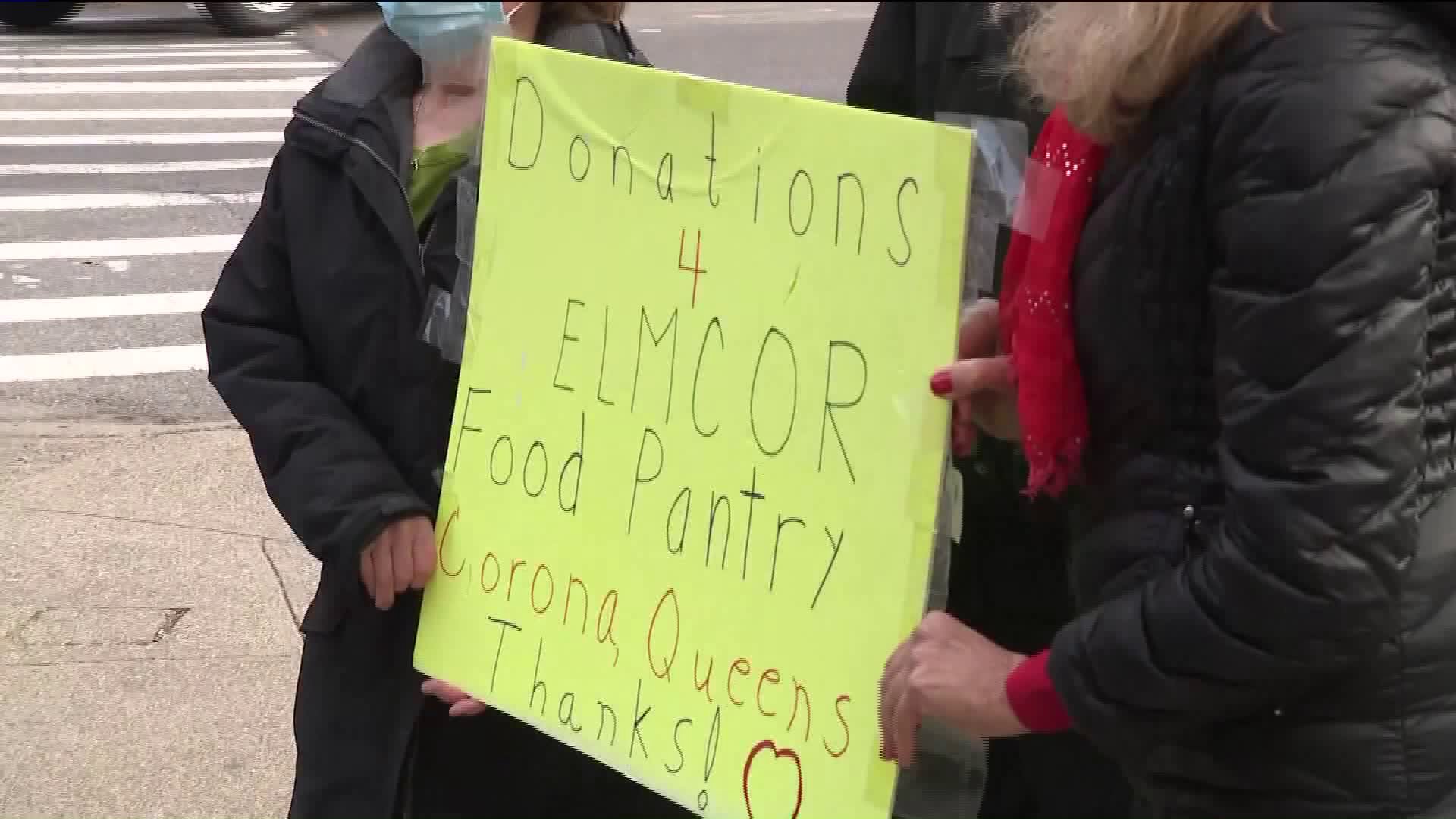 Two Queens women started their own community food distribution site to feed families in need, and say it's easy to help.

A Queens food pantry is proof that one person — or in this case, two people — can make a difference.

Those two women are making a big impact on families in need in Corona with a donation station they started on their own.

Laurie Dusek and Marie Capolla are neighbors who live on the same floor of a Forest Hills co-op. They saw dozens of people lining up for food , so they decided to do something about it.

“It just takes a little bit of effort to get people involved: put the bins in a convenient place, people walk by and put things in it,” said Dusek.

Dusek and Capolla posted a flyer in their laundry room and put two plastic bins in their basement asking for donations. And what happened next was extraordinary.

“I was immediately moved by them and wanted to help if I can,” Ron Yatter, who lives in the building.

Every week, they sort and collect dozens of pounds of food, diapers and other goods. They deliver the donations in their cars to a Queens pantry nearby called Elmcor.

Wednesday was their 17th delivery since June.

“Thank you Laurie and Marie," said Saeeda Dunsto, Elcmor's executive director. "Thank you for realizing every human being impacts other people."

The message, they said, is simple: giving isn’t complicated, and is very gratifying.

“It’s so easy to do. If we can convince one other building to participate, that would be awesome,” said Dusek.