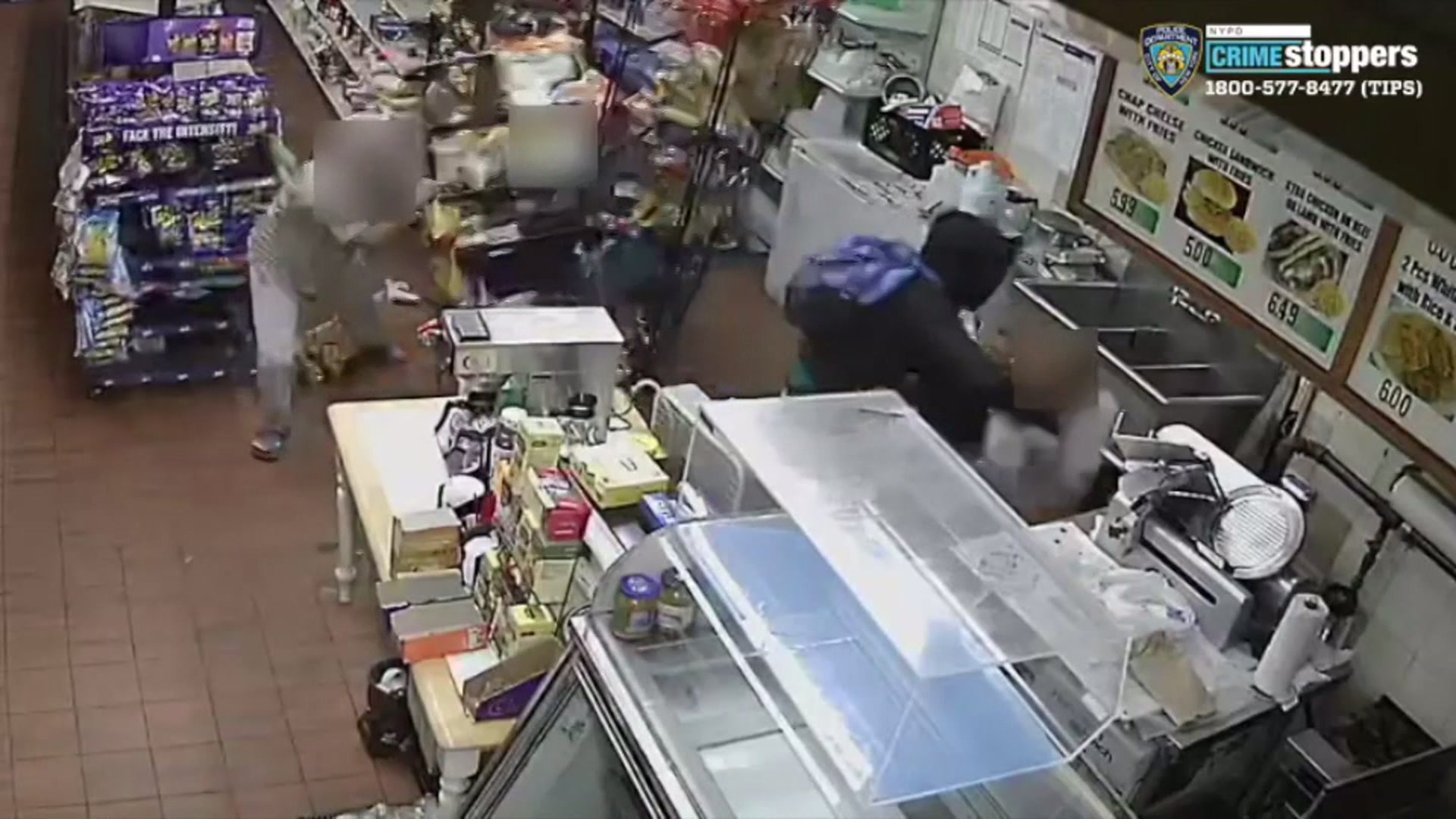 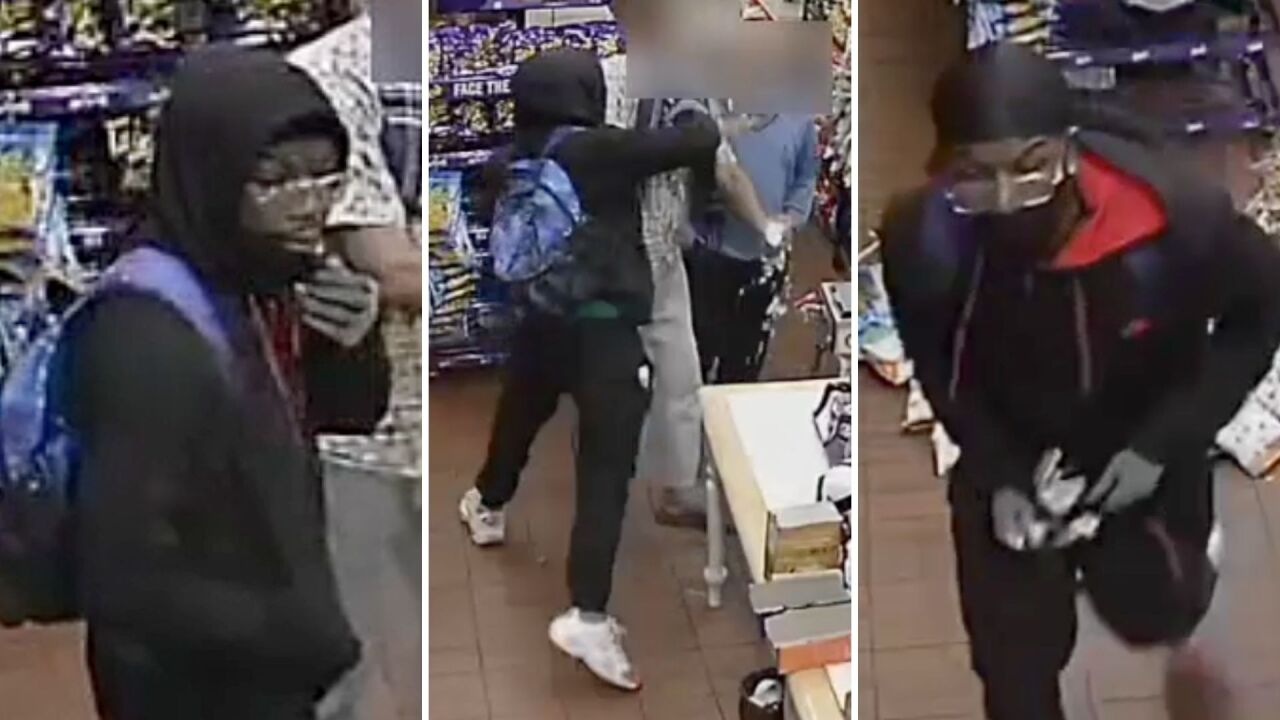 JAMAICA HILLS, Queens — Police are looking for a man they say went on a stabbing rampage in a Queens deli Saturday night before stealing hundreds of dollars and fleeing.

Authorities said it was just before 9 p.m. when the suspect walked into MSK Deli, located on 164th Street near 85th Avenue, in Jamaica Hills.

The suspect waited nearby as a man appeared to fill a cup with hot water at the coffee station, surveillance video shows.

Suddenly, the suspect pulled out a knife and stabbed the 67-year-old man in the chest, head and stomach, according to police.

He then went after another 67-year-old man working behind the counter, stabbing him in the chest and back, cops said.

The suspect snatched $400 from the cash register and then ran northbound on 164th Street, authorities said.

Both of the victims were rushed to nearby hospitals. Their conditions and the seriousness of their injuries were not disclosed by police.

The NYPD has released surveillance images of the man they're looking for.