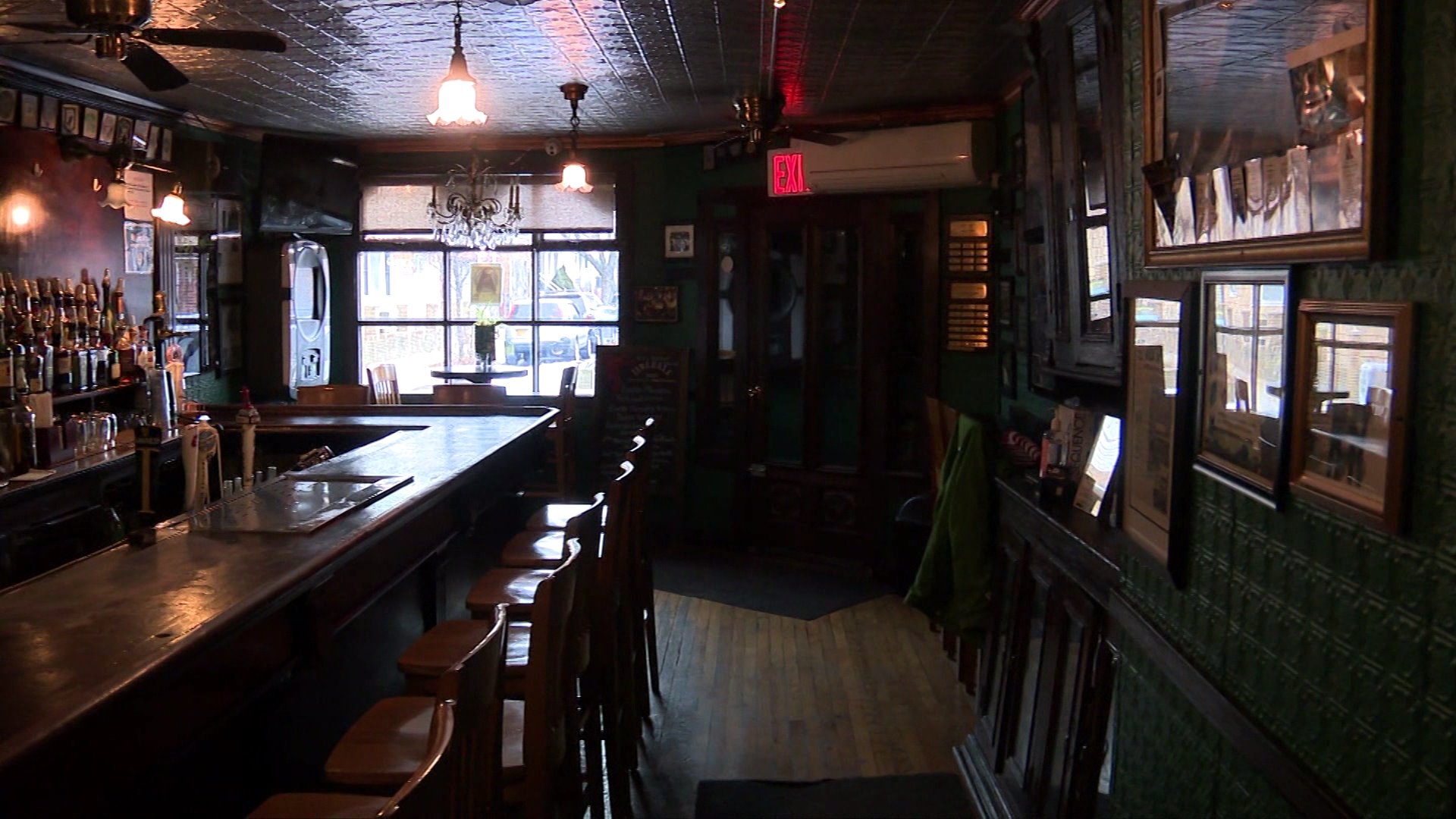 Don’t call it a comeback, it’s been here for years, 191 to be exact. Neir’s Tavern the beloved and historic bar in Woodhaven secured a five-year lease Thursday, allowing its owner Loy Gordon and longtime patrons to breathe a sigh of relief.

Neir’s Tavern — the beloved and historic bar in Woodhaven — secured a five-year lease Thursday, allowing its owner Loy Gordon and longtime patrons to breathe a sigh of relief.

The bar was on the verge of closure, just one of many close calls over the years

Mayor Bill de Blasio was on hand for the signing and was among the many who rallied around the institution on the corner of 78th Street and 88th Avenue, after a 2018 rent hike brought it to its knees.

"Loy, you have been amazing," the Mayor told Gordon, during a press conference at the bar Thursday. "No matter what was thrown at you, you’ve stuck with it. That is the New York City spirit, that strength, that resiliency, you stuck with it."

Originally called the Old Abbey, the Queens watering hole was opened by brothers Louis and Julian Neir in 1829.

To put it in perspective, Andrew Jackson was President, there were only 28 states in the union and the Civil War still hadn’t taken place yet.

Neir’s also served as the backdrop in one of the most memorable scenes in Good Fellas.

"This is an amazing place," Mayor de Blasio said. "You could feel the history, you could feel the spirit. If anyone out there is like 'wow I’m so happy that this place survived,' you can do something to help us survive another 200 years — just show up."

Like many businesses, Neir’s has taken a financial hit from the pandemic even dealing with a robbery over the summer.

Outdoor dining along with federal assistance has allowed the bar to stay afloat for now.