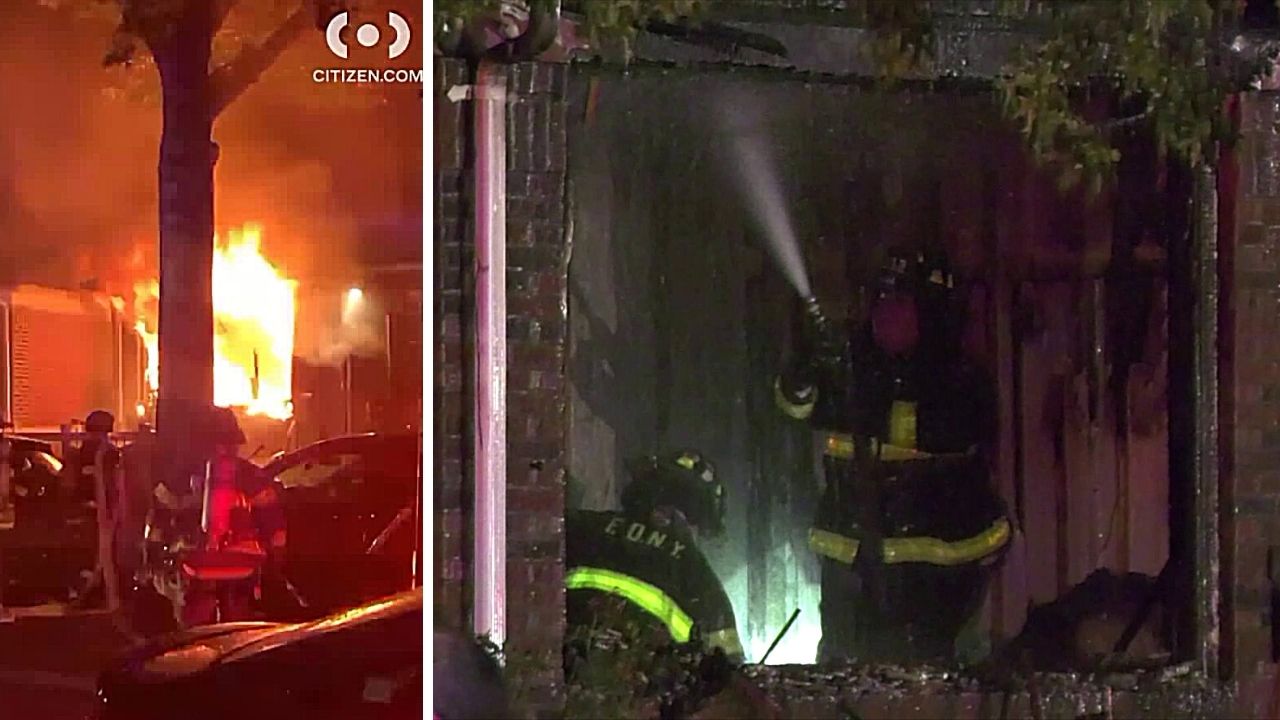 Four residents were critically injured, including a 10-year-old girl, when fire ripped through a Queens home in Woodside around midnight Friday, the FDNY says. Four firefighters also sustained injuries trying to get the blaze under control, fire officials said. They are expected to be okay.

WOODSIDE, Queens — Four residents of a Queens home are fighting for their lives and four firefighters were injured after flames ripped through the house early Friday, according to the FDNY.

Fire officials said the call came in around midnight for a fire inside 64-11 35th Ave. in the Woodside neighborhood.

According to the FDNY, 12 units initially responded to battle the blaze.

Four residents were rescued from the house and transported to area hospitals where they were listed in critical condition, authorities said. Among those victims were a 10-year-old girl and a 25-year-old woman, who police later said were "stable."

No other information was immediately available about the other two victims and the relation of the four victims was not known.

Four firefighters also sustained injuries while trying to put out the flames, the FDNY said. They are expected to be okay.

The cause of the fire has not been determined.