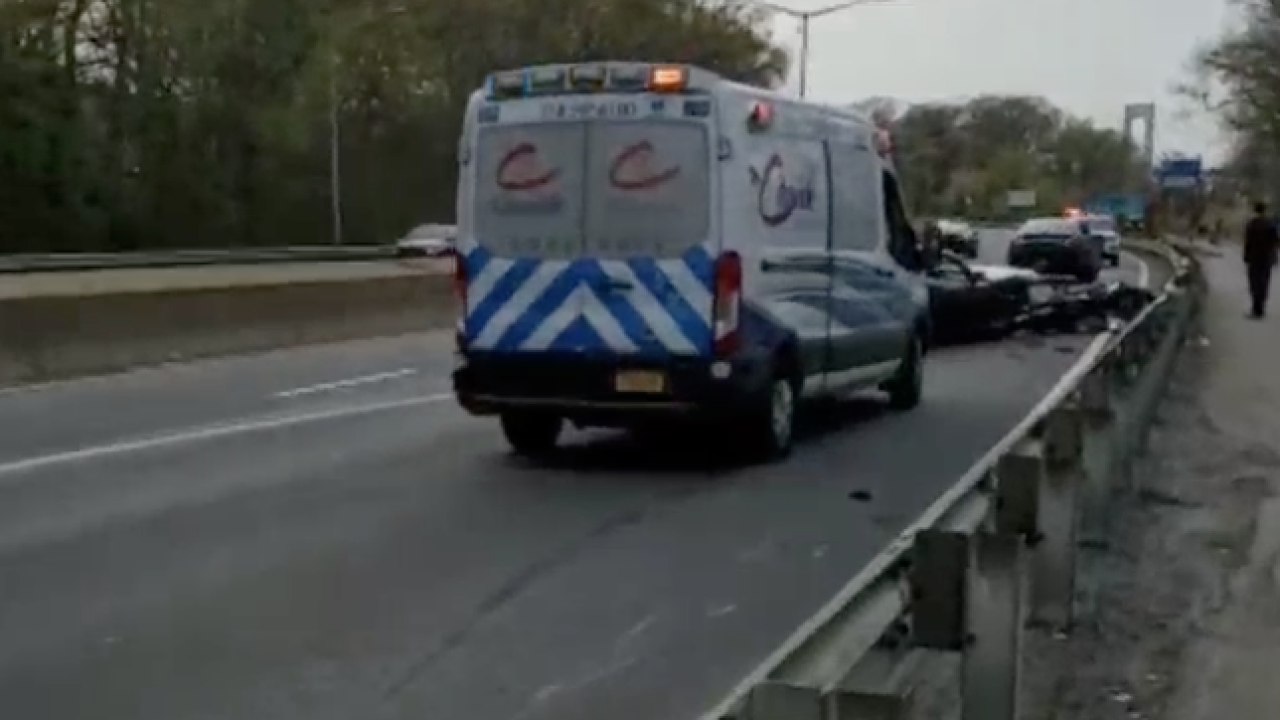 BAY TERRACE, Queens — A motorcyclist was killed in a multi-vehicle crash on the northbound Cross Island Parkway in Queens Saturday night, police said.

The collision took place around 5:30 p.m. near 17th Avenue in the Bay Terrace section of Queens. A 34-year-old man was riding a 2010 Harley Davidson when he was struck from behind by a 2014 BMW driven by a 39-year-old man, according to police.

The motorcyclist was thrown from his bike and suffered severe trauma to his body, police said. He was taken to NewYork–Presbyterian Queens hospital where he was pronounced dead, according to the NYPD.

The victim's name is being withheld pending family notification.

The driver of the BMW remained at the scene and an investigation into the crash is ongoing, police said.