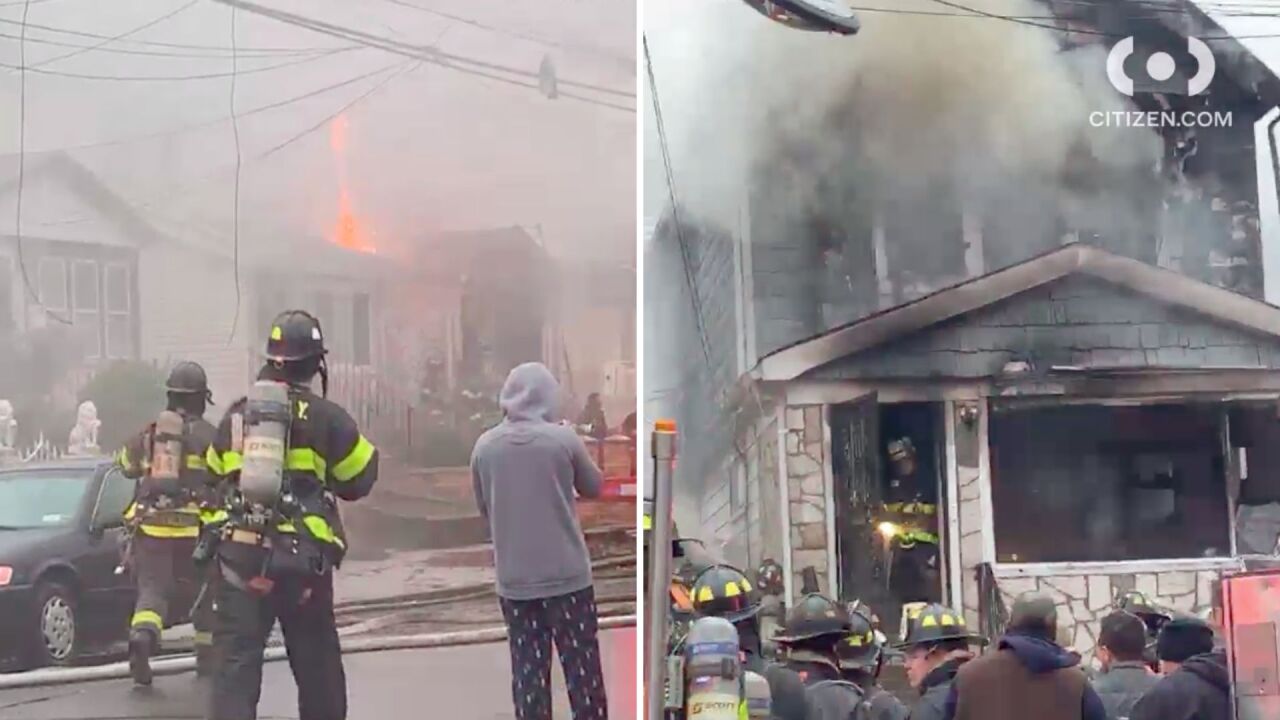 QUEENS VILLAGE, Queens — One person is dead after a fire ripped through a Queens home Friday morning, fire officials said.

Authorities were called to a house along 221st Street near 109th Avenue around 8 a.m.

The blaze tore through the home with a slight extension to neighboring homes, according to FDNY officials.

Their identity has not been released.

Video from Citizen App shows thick, heavy smoke and flames throughout the house. The residence appears to have severe frontal damage.