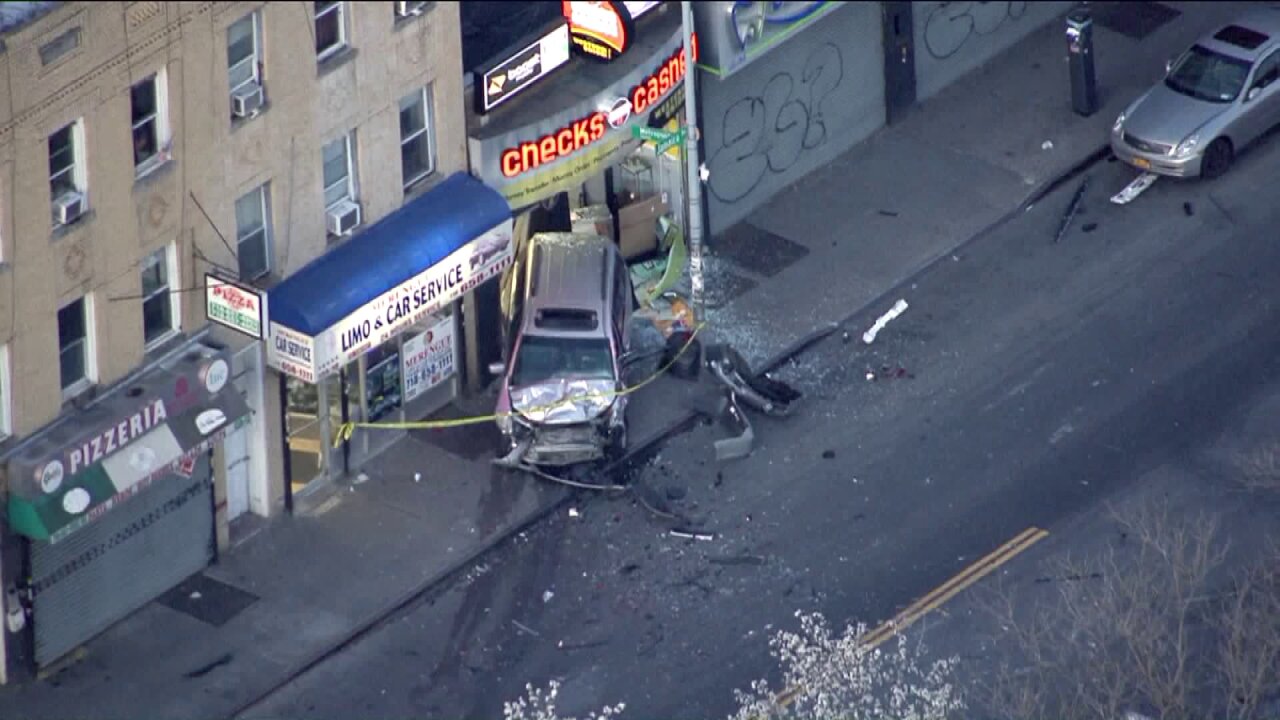 AIR11 was over the scene of a crash in Queens where a vehicle is seen on the sidewalk with part of it crashed into a building. 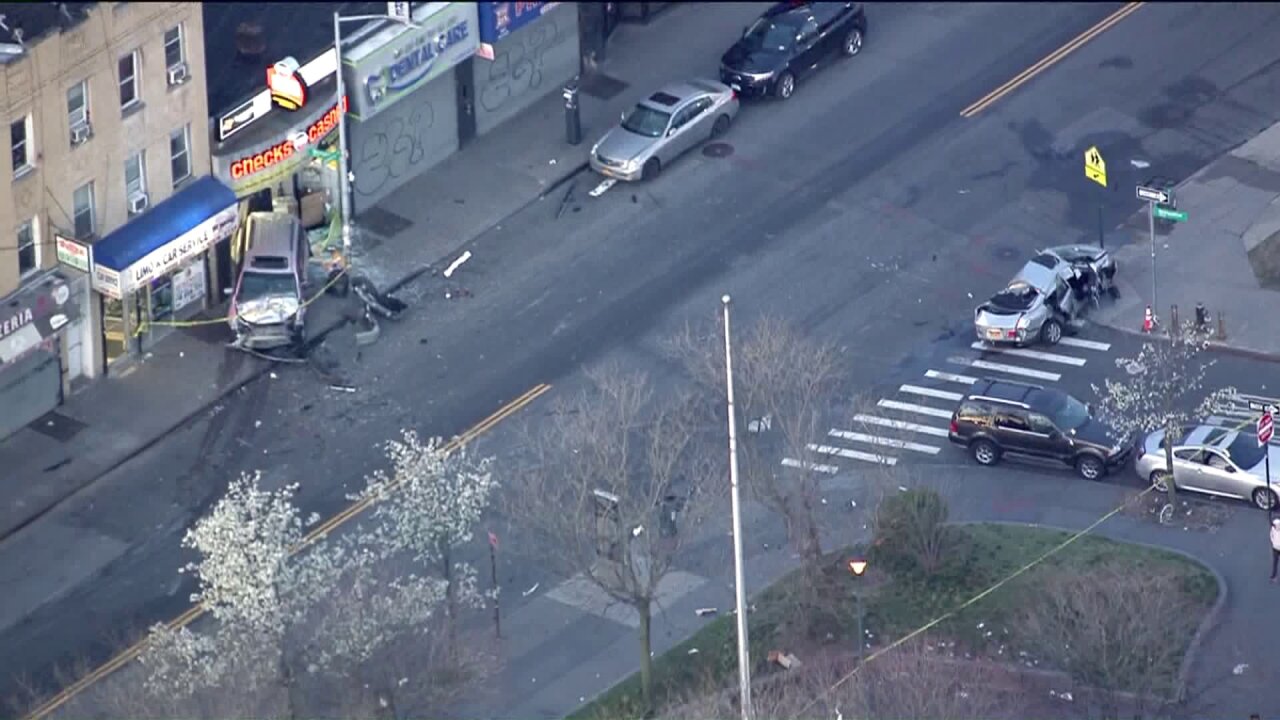 JAMAICA, Queens — One person is dead and two others are injured after a multi-vehicle crash sent a van into a store in Queens early Thursday, police said.

Authorities were called to the three-vehicle crash in the vicinity of Jamaica Avenue and 134th Street.

Investigation revealed a 45-year-old man driving a Lexus west near the ramp of the Van Wyck service road appeared to have disregarded the light and crashed into a black Toyota Camry.

He then continued into the eastbound lanes of Jamaica Avenue and struck a white Honda van, forcing it into a check cashing store, according to police.

The driver of the Lexus was taken to the hospital where he was pronounced dead, authorities said.

The two other drivers were taken to the hospital in stable condition, police said.

Video from AIR11 shows the scene of the incident, with the back of the van pushed into the storefront.

Video from Twitter user Catherine Illuzzi also shows members of the FDNY responding to the crash nearby Jamaica Hospital, assisting the victims.

@PIX11News on my commute this morning I witnessed the FDNY save a driver from a car crash right outside Jamaica hospital. I'd like to personally applaud the @FDNY @NYPDnews and paramedics for all that they do especially during this difficult time. pic.twitter.com/OJx5gWpp2a