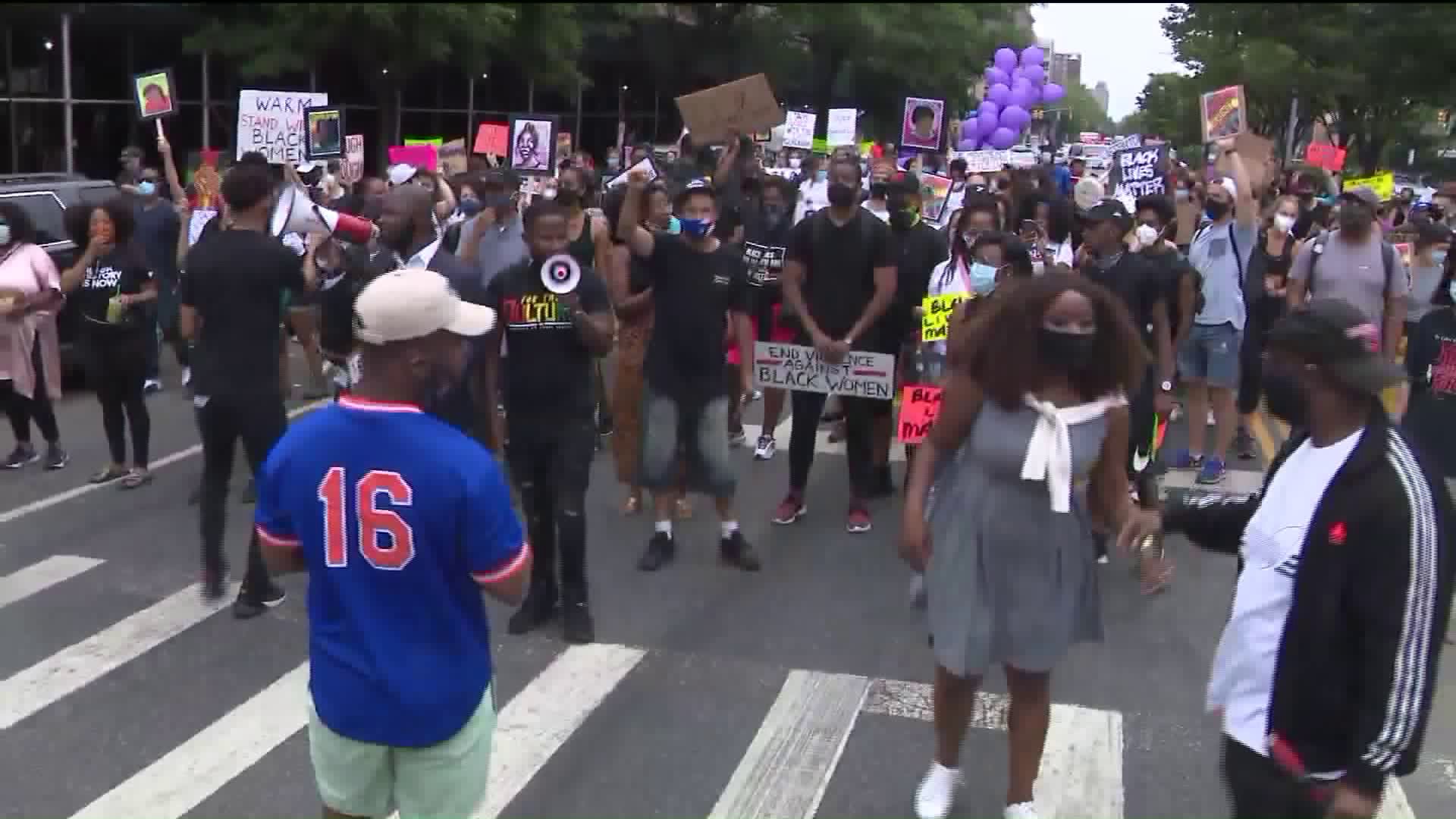 Manhattan Boro President Gale Brewer was among the hundreds marching to support black businesses all over New York City,

MANHATTAN — Black-owned businesses across New York City have been suffering through a trifecta of pain.

They have been hit disproportionately by the pandemic, protests and a beleaguered economy.

A march through Harlem tried to shine a spotlight on the plight of Black-owned businesses.

“Support our Black businesses,” Gale Brewer, the Manhattan Borough President said using a megaphone. “They are our DNA. They are the soul of the community."

Brewer was among the hundreds marching to support black businesses all over New York City,

Among the marchers was Emmanuel Mensa, who owns For The Culture with some of the proceeds supporting his mother’s school back in Ghana.

“We want black businesses everywhere to come together so we can have the conversation and build a network community,” Mensah told PIX11 News.

Among those marching were supporters of Denny Moe’s Barber shop on Federick Douglass Boulevard.

With social distancing rules in place, customers are now getting much needed haircut.

“Making sure everybody’s taken care of,” Moe said. “Everybody’s wearing a mask and we’ve got disposable capes and we disinfect after every haircut,” he added.

At Melba’s southern soul food restaurant on 114th Street, they now have outdoor seating for the first time in 16 years with dining modules for 68 customers designed and donated by the David Rockwell Group as a way to give back to the restaurant industry and reunite the community.

And owner Melba Wilson is hoping to have all of Frederick Douglass Boulevard closed down to encourage outdoor dining.

“This will make such a difference,” Wilson said. “We already have six businesses close in a 10 block we need that infusion. We would need to have that street closed,” she added.

Starting Monday, restaurants working with community boards can apply to the NYC Department of Transportation website for an “open street” for dining.