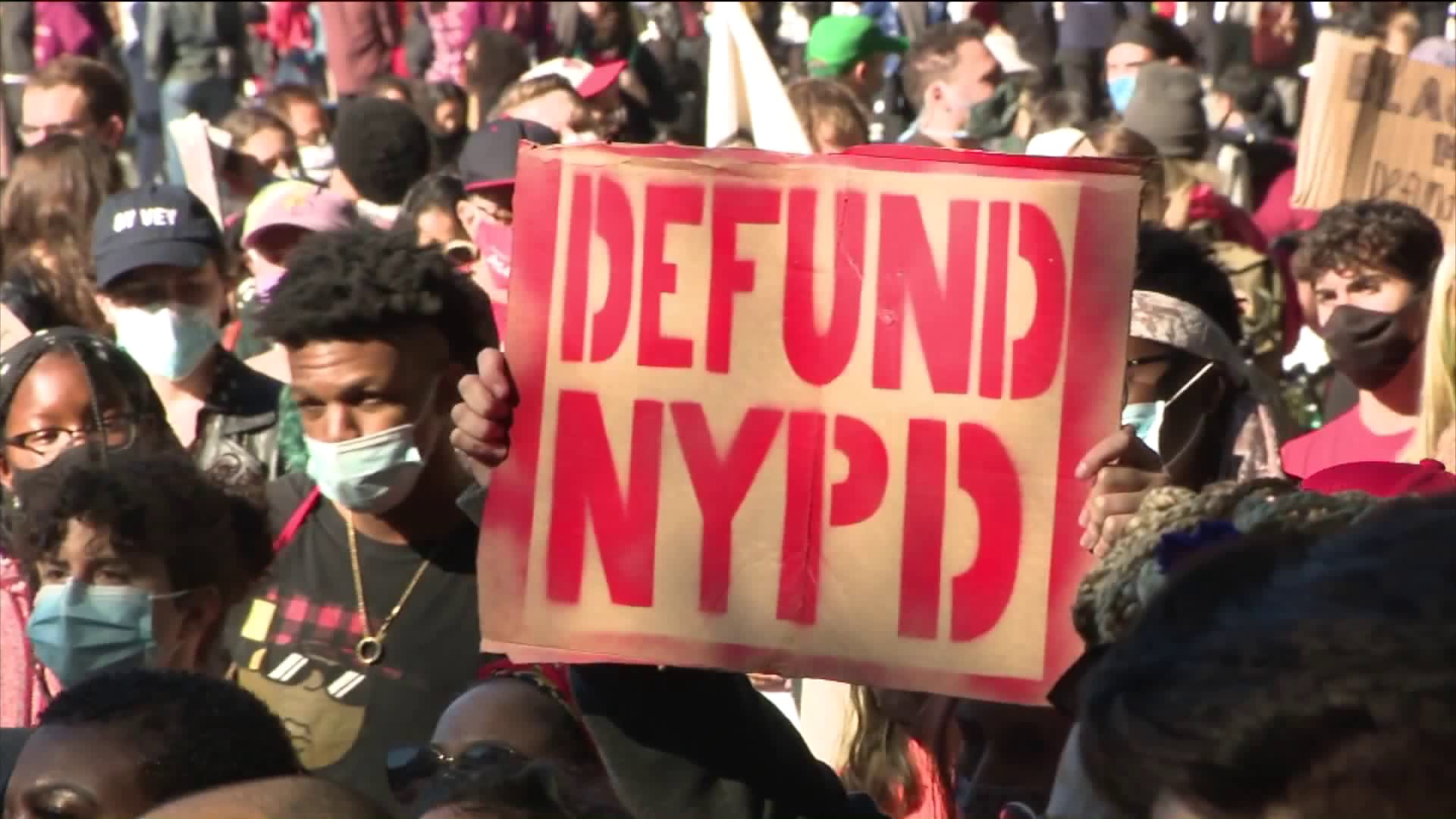 Close to 400 people gathered in Washington Square Park with many banners and so many issues and causes.

GREENWICH VILLAGE, Manhattan — Close to 400 people gathered in Washington Square Park with many banners in support of many issues and causes.

One of the chief organizers was Robert Cuffy, a spokesperson of the NYC Democratic Socialists of America.

“We want to defund the NYPD and we want the state legislature to pass legislation that would tax the rich and we want the 22,000 proposed city layoffs to be stopped,” Cuffy said.

After demonstrating for an hour in Washington Square Park, the group was on the move to the Jacob Riis houses, the 13th police precinct Station House, the 5th Avenue penthouse of Amazon CEO Jeff Bezos and ultimately Gov. Andrew Cuomo’s office on 3rd Avenue.

Another protester explained why she was participating.

“I am here representing St. Mary’s Episcopal Church in Harlem and I have been doing this for 30 years,” said Sheila Patterson. “We are fighting the good fight for every person in New York City."

“The people being attacked in their communities were being attacked before COVID,” Luis Tejada, an organizer, told PIX11 News. “But now it’s literally a fight for our lives."

The Fight For Our Lives Coalition called for a six-hour march through the streets of Manhattan, but some supporters here in Washington Square, Park decided that was too much for them, instead choosing to hold up banners for an hour under the arch.

“We believe in the First Amendment and free speech, the right of assembly,” Jamie Bauer, a Rise and Resist activist, told PIX11 News. “And the NYPD, de Blasio or a Trump can’t take that away from us."