Protesters continue to occupy City Hall into the weekend 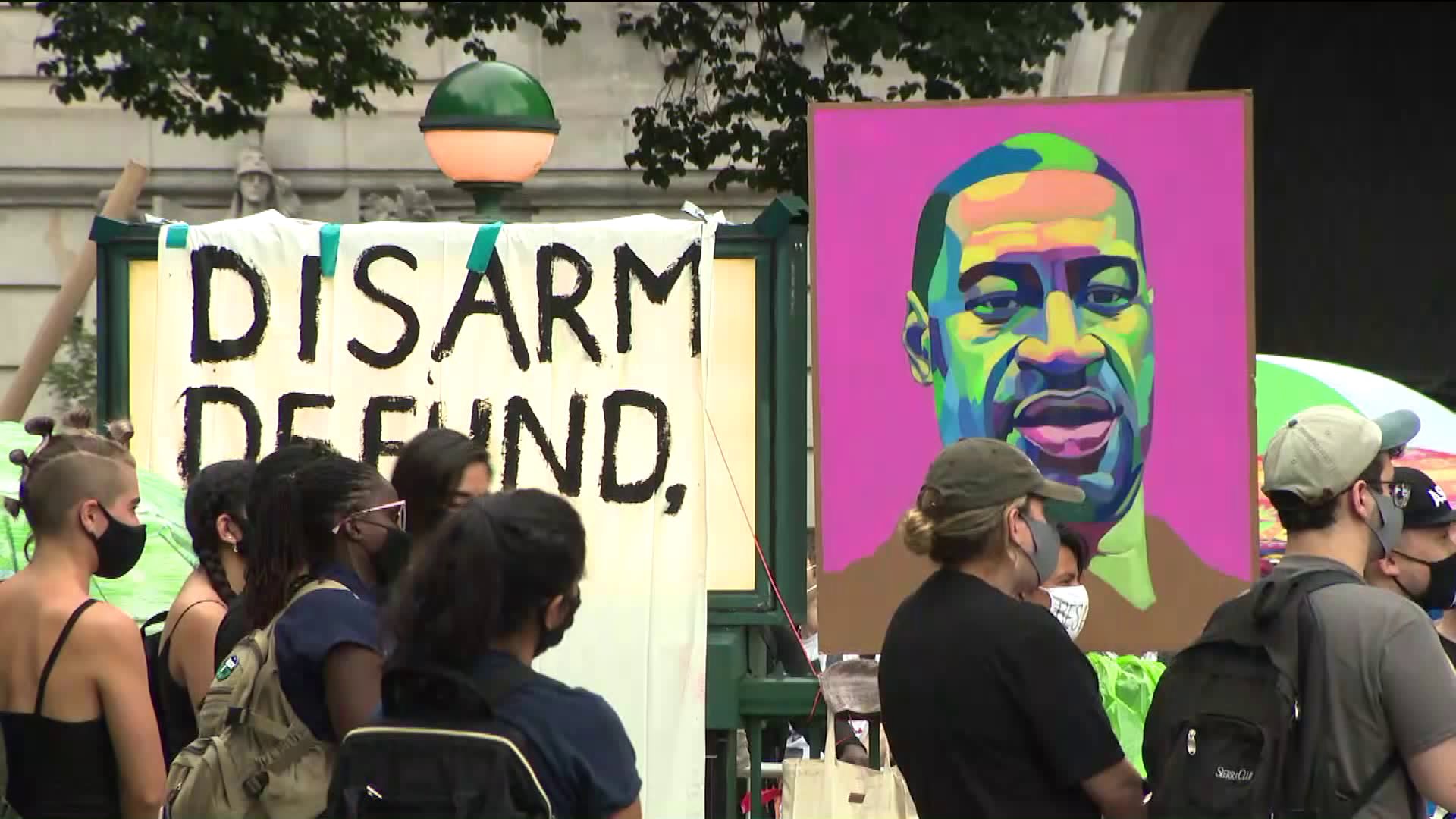 Protestors are keeping up on their promise to occupy City Hall in Manhattan.

MANHATTAN — Protestors are keeping up on their promise to occupy City Hall in Manhattan.

They say they will be here 24/7 until the end of the month, when the city council meets to vote on a budget.

“We have 24 pieces of legislation, or legislative recommendations that can benefit the people,” said one protester, Hawk Newsome.

The demonstrators are demanding that the NYPD’s budget be cut and instead reinvested in schools, hospitals and public infrastructure.

CUNY college professor Nancy Hightower says that if you want to reduce crime in a meaningful way, the equation is simple: less funding to policing, more funding to education and community programs.

Hightower says most crime isn't done out of a desire for chaos.

“People can make crime out of desperation, out of necessity," she said. "So if we meet those needs and we are offering food and the pure basics to people, we are empowering groups to help those people meet those needs. It will lessen the need for police.”

The protesters had to deal with rain for the first time Saturday. They all won’t be out here 24/7 everyday but they want to keep a crowd here at all times.