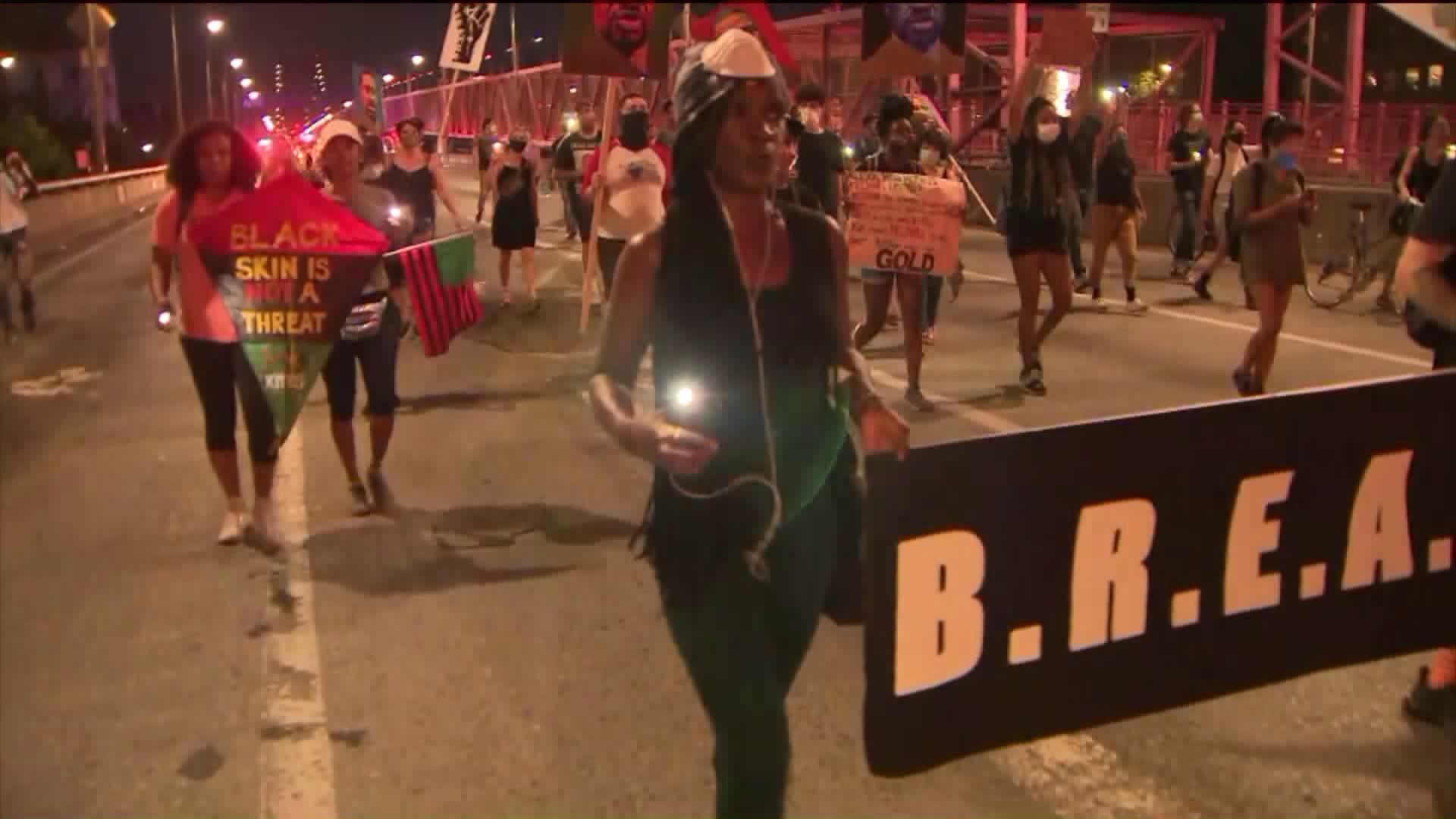 People are still marching on behalf of police reform and they were out in Brooklyn Friday night.

BROOKLYN — About two dozen protesters made the long walk from Bed-Stuy all the way to Washington Square Park Friday.

The protest comes as we've nearly hit the two month mark since the murder of George Floyd in police custody in Minneapolis. The marchers demanding change and saying that they think the recent decision by the NYPD to send more police officers into trouble spots is not the right answer.

"At some point it's going to break and [they'll] I don't know, listen to what the people are saying," said Chris, one of the marchers. "The people are united. They're watching their money be spent in all the wrong areas."

While there have been more officers in so-called "trouble spots," Mayor de Blasio has promised social services and community leaders will be accompanying those officers and going out into the community for a more measured response.