Protest calls out all forms of social injustice, not only from police 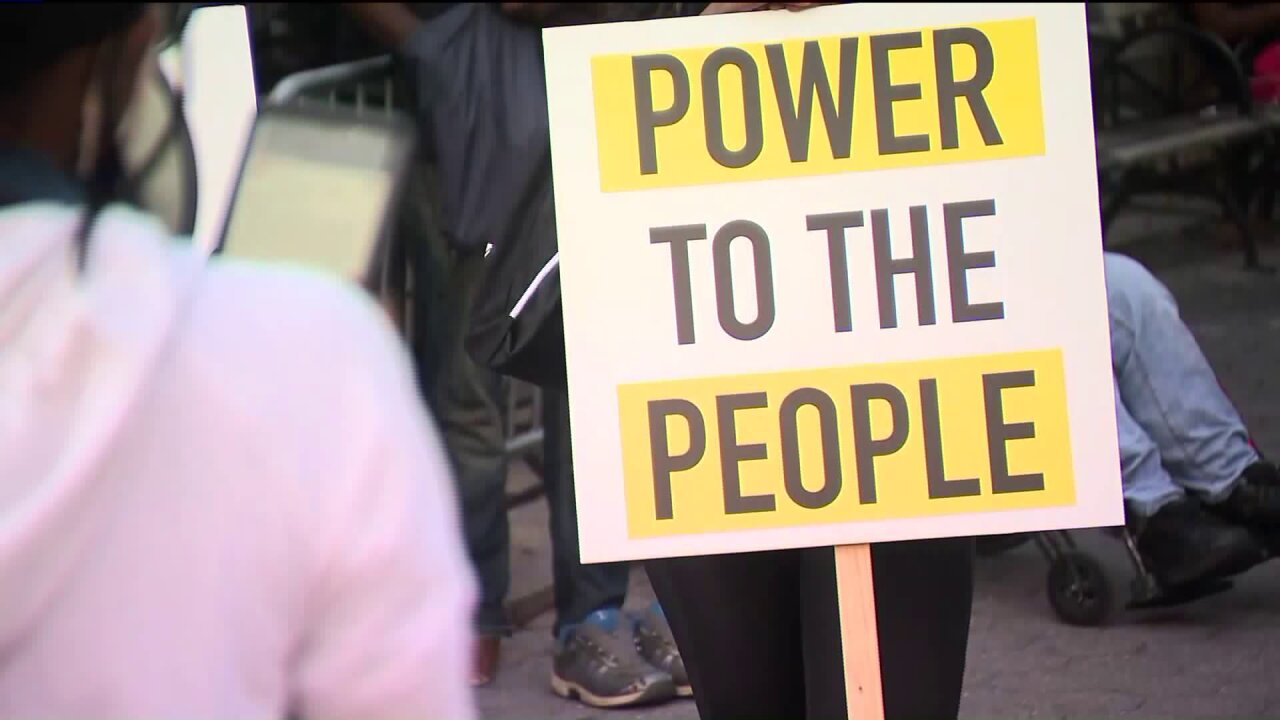 NEW YORK CITY — More than 100 New Yorkers marched through the city Monday with a goal: not just calling for change, but expanding the cries against injustice, demanding more gtom elected leaders and those in positions of authority.

They started with a rally at Union Square Park, then headed north to Times Square, then to Central Park South before making their way south again through Madison Square Park, Washington Square Park and ending at City Hall.

Some were on bikes, some on foot. All were chanting and making their voices heard. The common refrain, “Black Lives Matter.”

The groups “Our Lives Matter NYC,” “Black on Pride” and “The Blacks United” organized the march and rally.

Shamiyl Bilal is a founder of Black on Pride, a black LGBTQ advocacy group and The Blacks United, described on its social media accounts as a “Youth-led civil rights black movement of amendments and justice.”

They’re speaking out against racial inequality, calling for police reform and justice for George Floyd and Breonna Taylor. Floyd died after a now former Minneapolis police officer knelt on his neck. Taylor was fatally shot by Louisville cops when they executed a search warrant at her home.

Their deaths may have galvanized the nation and unleashed a wave of protests, but it turned into a movement. Shermaine Laster is with the Our Lives Matter NYC.

“It’s not just With George Floyd and Breonna Taylor,” said Laster. “There are many people who have died at the hands of police oppression or police injustice and they haven’t been named.”

By 6:30 p.m., the group marched out of Union Square Park, those on megaphones and on bikes leading the way.

“The issue at hand right now is expanding the Black Lives Matter vision from just after police brutality,” said Quinones.

It was a loud but peaceful rally. No arrests have been reported.