Tens of thousands still without power in NY, NJ a week after Isaias 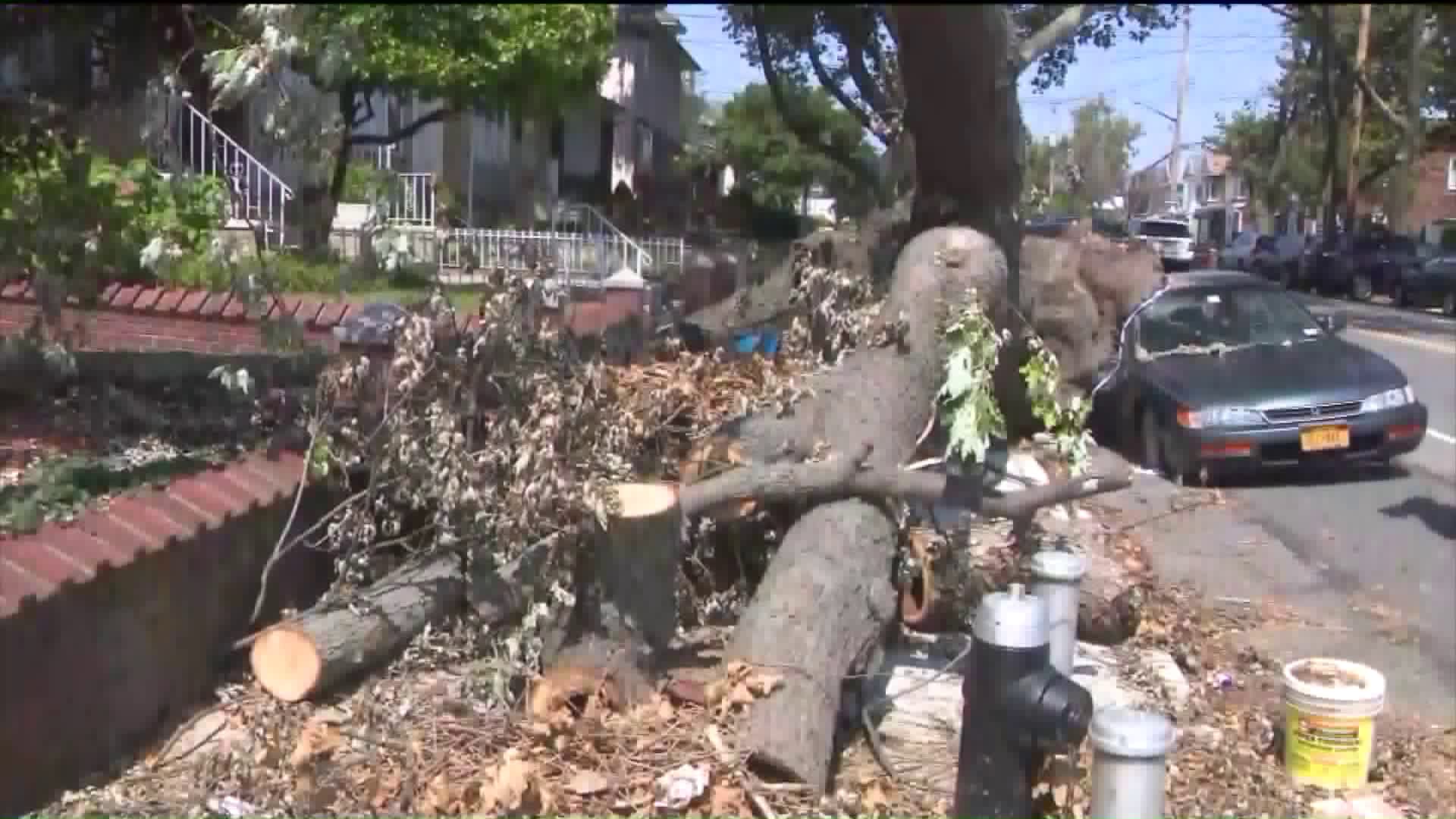 Some are calling for a full analysis of utilities, trees and other factors. 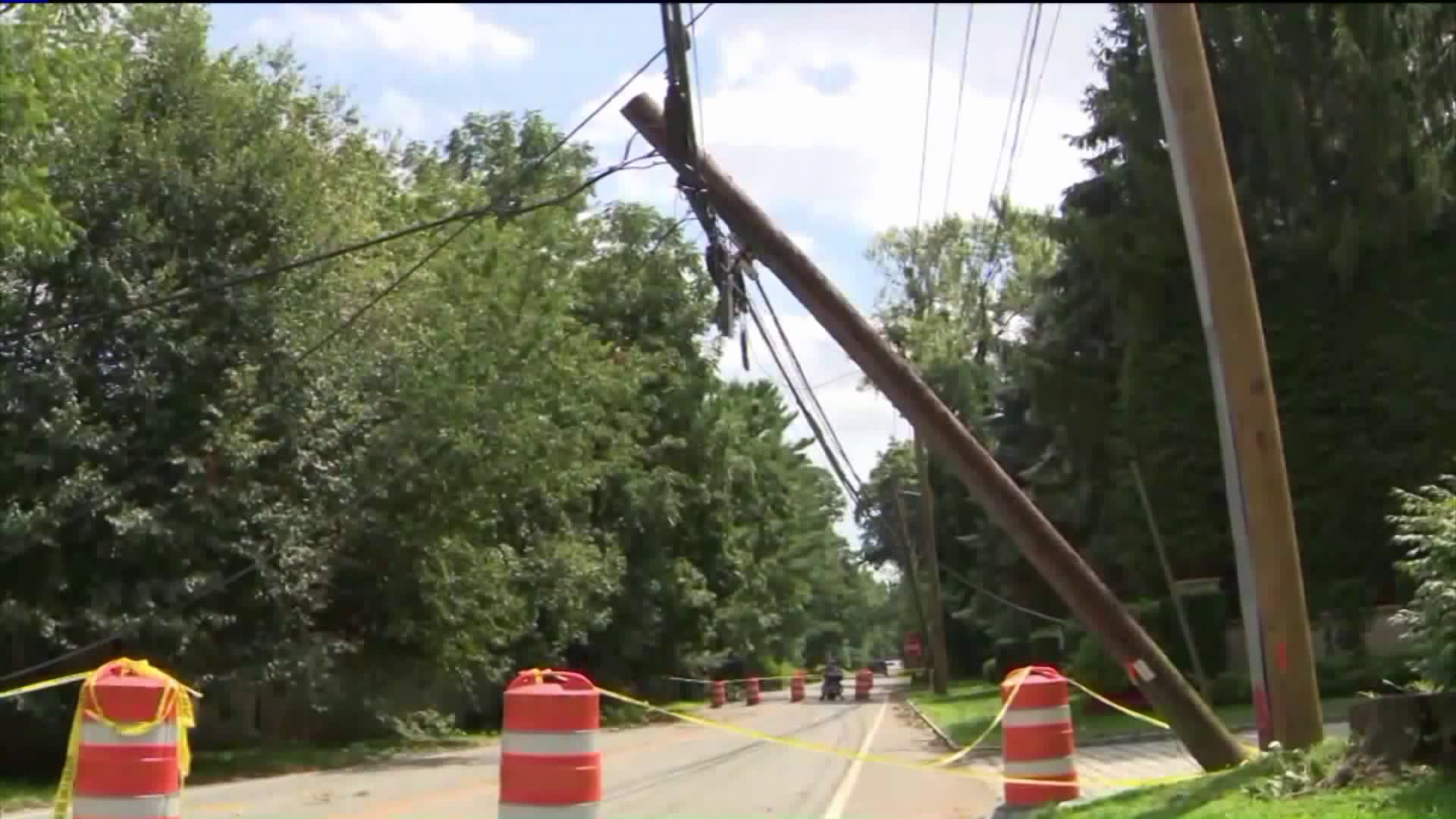 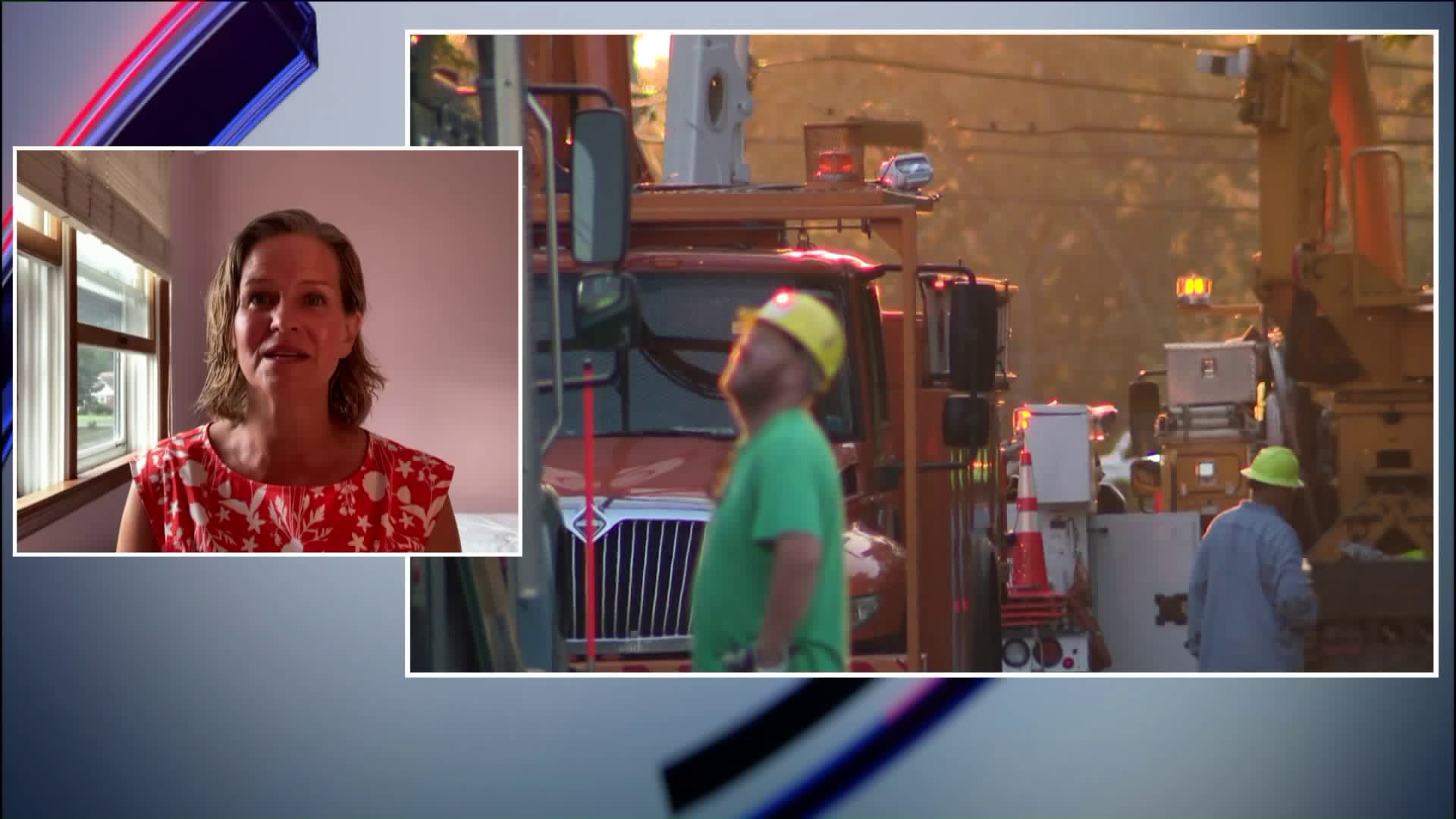 NEW YORK — Tens of thousands of customers across New York and New Jersey once again woke up in the dark Tuesday, a full week after Tropical Storm Isaias battered the tri-state on Aug 4.

The tropical storm's powerful, damaging winds toppled trees and power lines across the region, knocking out service to millions.

Power companies have called Isaias one of the biggest outage producers in recent years. But some elected officials have criticized the utilities providers' preparedness and response.

The return of temperatures in the 90s, as the region sees yet another heat wave this week, has compounded concerns about those still without power – and air conditioning.

As of 12:30 p.m. Tuesday, PSEG Long Island reported Over 27,500 customers were still without power. About 5,500 of those customer outages are related to Isaias, according to the utility.

A total of 420,000 customers had lost power in connection with the storm, per PSEG Long Island.

Nassau County Executive Laura Curran voiced her frustration with the ongoing outages on the PIX11 Morning News Tuesday, giving PSEG an "F" grade for its response.

The county opened cooling and charging stations in Hicksville, Wantagh and Valley Stream to assist those without power or air conditioning.

Watch her full interview below:

Con Edison reported over 11,100 customers were still without power across New York as of 12:45 p.m. Tuesday. A Con Ed official previously told PIX11 that a total of 260,000 customers lost power due to Isaias.

New York City Office of Emergency Management Commissioner Deanne Criswell said more trees were downed during the storm than the city anticipated and backup crews have been called in to help with response efforts.

More than 2,000 customers across New Jersey were still dealing with outages as of 1 p.m. Tuesday.

Jersey City Power and Light reported about 450 customers without power Tuesday afternoon, a large drop from the more than 5,500 in the dark Monday afternoon.

PSE&G in New Jersey reported about 1,880 customers without service Tuesday afternoon, also a large decrease from the 4,600 without power Monday night.

A PSE&G spokesperson told PIX11 that about 490,000 New Jersey customers in total were without power after Isaias.

Orange & Rockland reported that only 108 of its New Jersey customers were still without power Tuesday.

Fiordaliso and Gov. Phil Murphy said last week there were two main issues that slowed down restoration times in the Garden State.