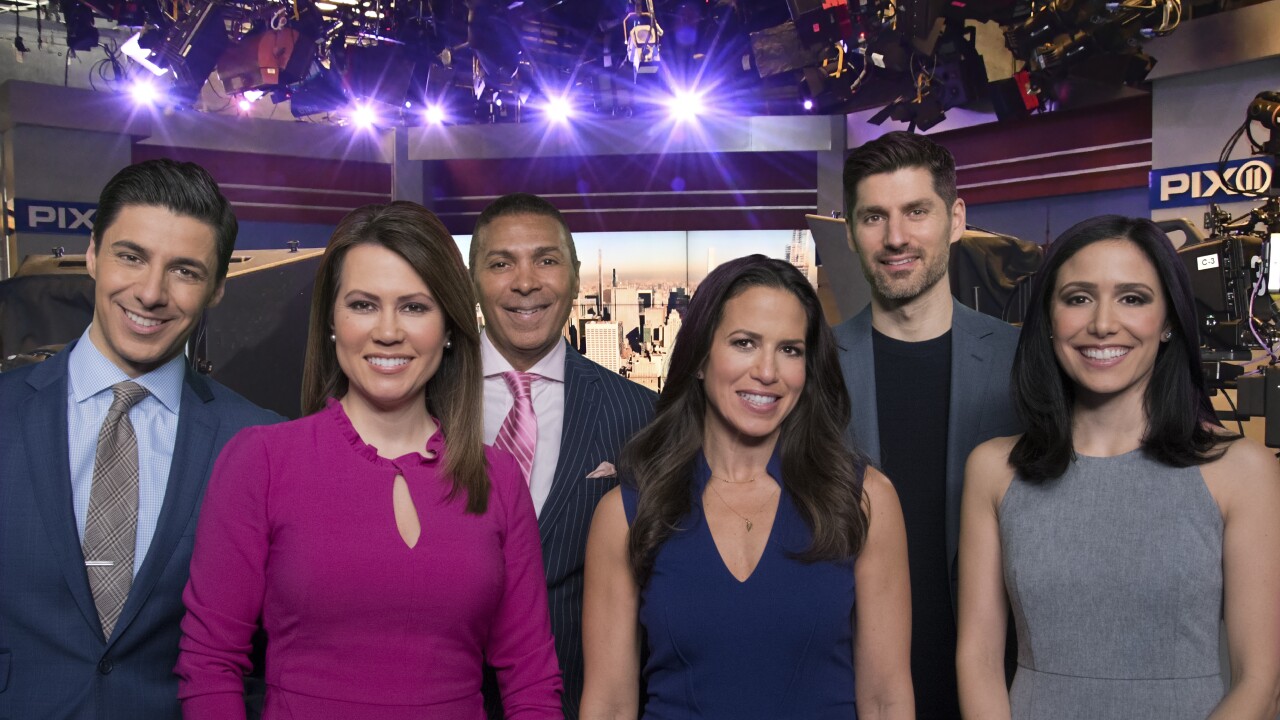 The PIX11 Morning News will continue to be anchored by Kala Rama and Craig Treadway (4:30-6 am) and Betty Nguyen and Dan Mannarino (6-10 am.)

Marysol Castro, who had previously worked at PIX11 as the Traffic Reporter when the PIX11 Morning News launched in in 2001, and again as an anchor in 2013, will return to the station as a featured reporter.

Previously, Castro served as a weather anchor at Good Morning America and CBS’ The Early Show. She also worked on-air at ESPN as Host and Sideline Reporter for the Little League World Series, Invictus Games and Premier Boxing Champions. Most recently, Castro was named the first female Public Address announcer for the New York Mets, making her the first Latina PA announcer in Major League Baseball. Castro holds an M.A, in journalism from Columbia University Graduate School of Journalism and a B.A. in government and English from Wesleyan University.

Ben Aaron joins PIX11 after a two-year run as co-host of the nationally syndicated Pickler & Ben with Kellie Pickler, for which he earned two Daytime Emmy Award nominations for “Best Host.” He also spent 10 years at New York Live as a feature reporter where his segments garnered four Emmy Awards. Aaron has also worked for EXTRA, Entertainment Tonight, and the Today Show, and recently teamed up with his wife, Ginger Zee, chief meteorologist for Good Morning America, on an Emmy nominated home renovation show on the DIY Network called Renovation Realities. Aaron holds a Bachelor of Arts degree in media from Emerson College.

“The PIX11 morning team delivers the newscast of choice for viewers who want authentically local news, information and lifestyle stories. Ben and Marysol will make our New York’s Very Own ensemble even bigger and even better,” said Vickie Burns, VP News and Content, PIX11.

Founded in 1948, WPIX-TV (PIX11,) a division of The E.W. Scripps Company, has long been regarded as a groundbreaking station in New York. In 2006, PIX11 became the flagship station of the CW Television Network and PIX11’s award winning news, successful primetime programming, off-network sitcom favorites, public affairs shows and outstanding event coverage have contributed to the station’s success. The station has been honored with numerous awards for excellence, including over 375 Emmy® Awards. PIX11 also has a long history of local sports coverage and in 2015 became the broadcast home of the New York Yankees. Since 1999 PIX11 has also been the broadcast station of the New York Mets. The station is also home to the New Jersey Lottery drawings. PIX11 engages with audiences across multiple social platforms; find us on Facebook at facebook.com/pix11news, on Twitter, Instagram and Snapchat: @pix11news. For more information visit www.pix11.com.