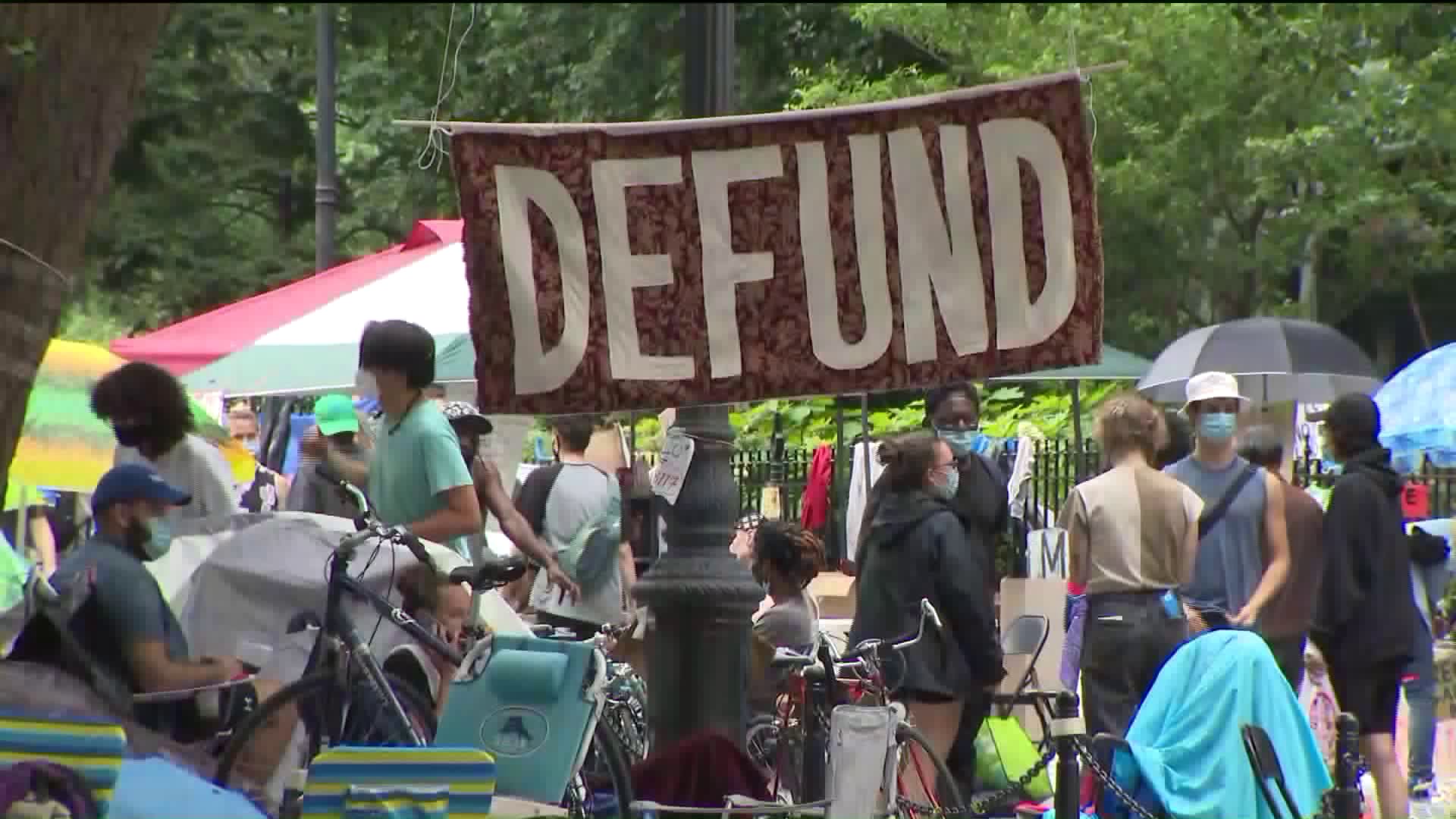 A clash with police and protesters may have started as an argument between protesters that escalated.

MANHATTAN — A clash with police and protesters may have started as an argument that escalated outside City Hall Tuesday.

Police say when officers in riot gear moved in to get control of the situation and move barricades out of the way. But that's when things went from bad to worse as police and protesters held a standoff for several hours.

A 20-year-old Queens man, Joseph Konnaris, was arrested for allegedly assaulting an officer.

Jawanza Williams, one of the organizers of Occupy City Hall, tells PIX11 News that officers are to blame.

“Police early this morning began to antagonize protesters,” she said.

With tensions escalating amid a vote on the city’s budget that will include a $1 billion cut from the NYPD, protesters have been camping out at City Hall Park for about a week now.

They have been calling for defunding the NYPD since the death of George Floyd in Minneapolis. But exactly how that’s being done — including shifting school safety officers from the NYPD to education — is a problem for Williams.

Williams believes the budget is deceitful and will not change a thing. He calls it a cover up and wants officers out of public schools all together.

"We need to maintain safety by other means and order. That’s through social services and housing."

He’s not alone. Some protesters expressed their feelings by scrawling graffiti on landmarks, their pain and passion evident on signs and in their voices.

Graham Rosen spent weeks protesting in Cleveland he says he came to the city to add his voice to what he believes in.

"I wanna see them demilitarize police," he said. "I think they escalate things and they often escalated things and that’s were our problems come from."