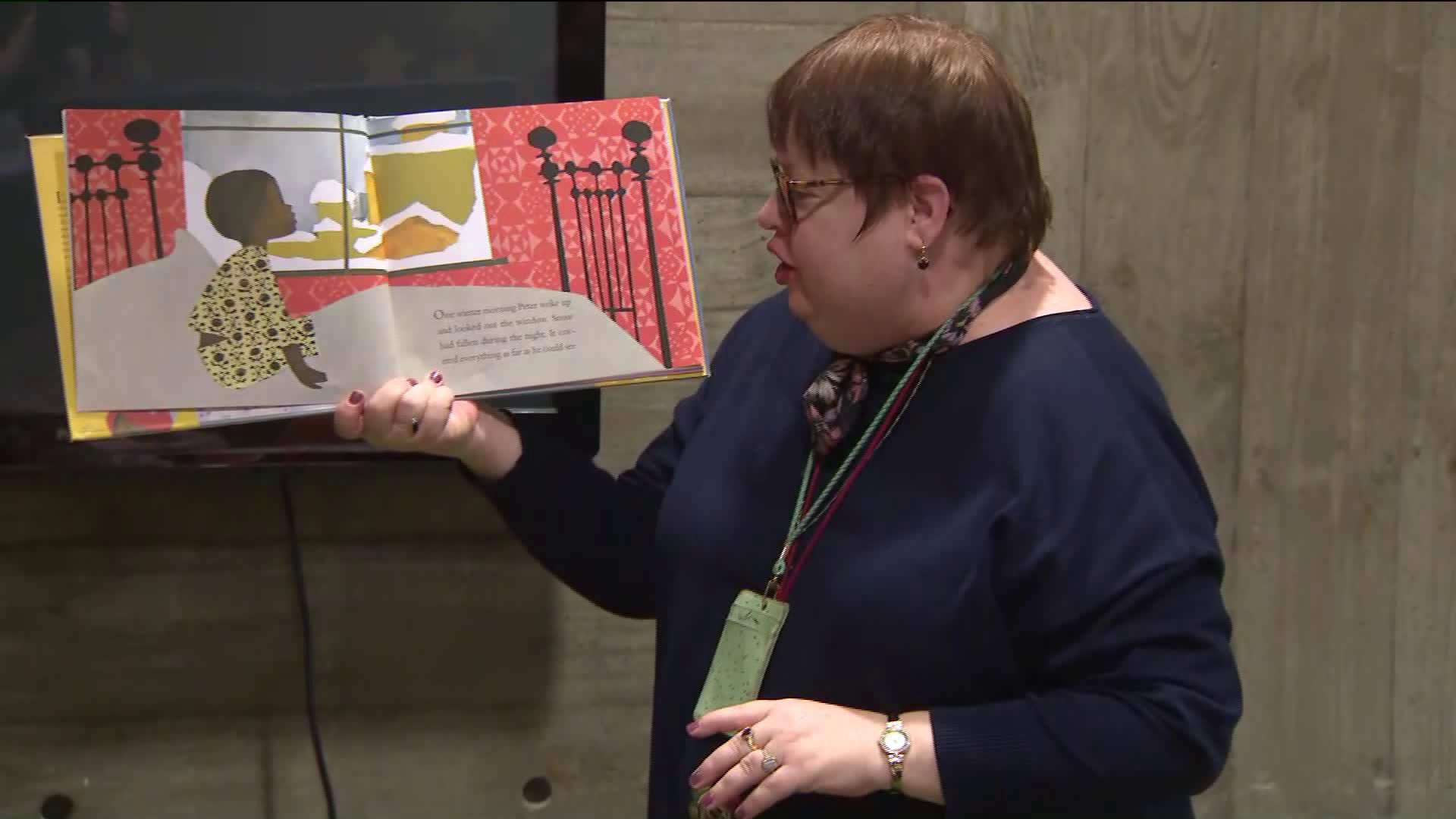 It's the New York Public Library's 125th anniversary and, to celebrate, they announced their 10 most borrowed books.

NEW YORK — It's the New York Public Library's 125th anniversary and, to celebrate, they announced their 10 most borrowed books.

"The Snowy Day has been borrowed nearly half a million times at the NYPL.

The beloved children’s book is by a Brooklyn author. It broke racial barriers and is now being celebrated by the library.

The popular page-turner about a little boy’s experience with his first snowflakes was read to kids Monday afternoon at the library’s Bronx branch.

“It’s about this little boy Peter who wakes up to season's first snow, puts on iconic red snowsuit and runs outside and makes tracks in the snow,” said Lynn Lobash, associate director for Readers Service at the flagship branch in Midtown Manhattan.

Published in 1962, "The Snowy Day," which features an African American boy as the main and only character, is said to be one of the earliest examples of diversity in children’s books.

For more information, including how the book is being celebrated and the other books that made it to the top-10 list, click here .