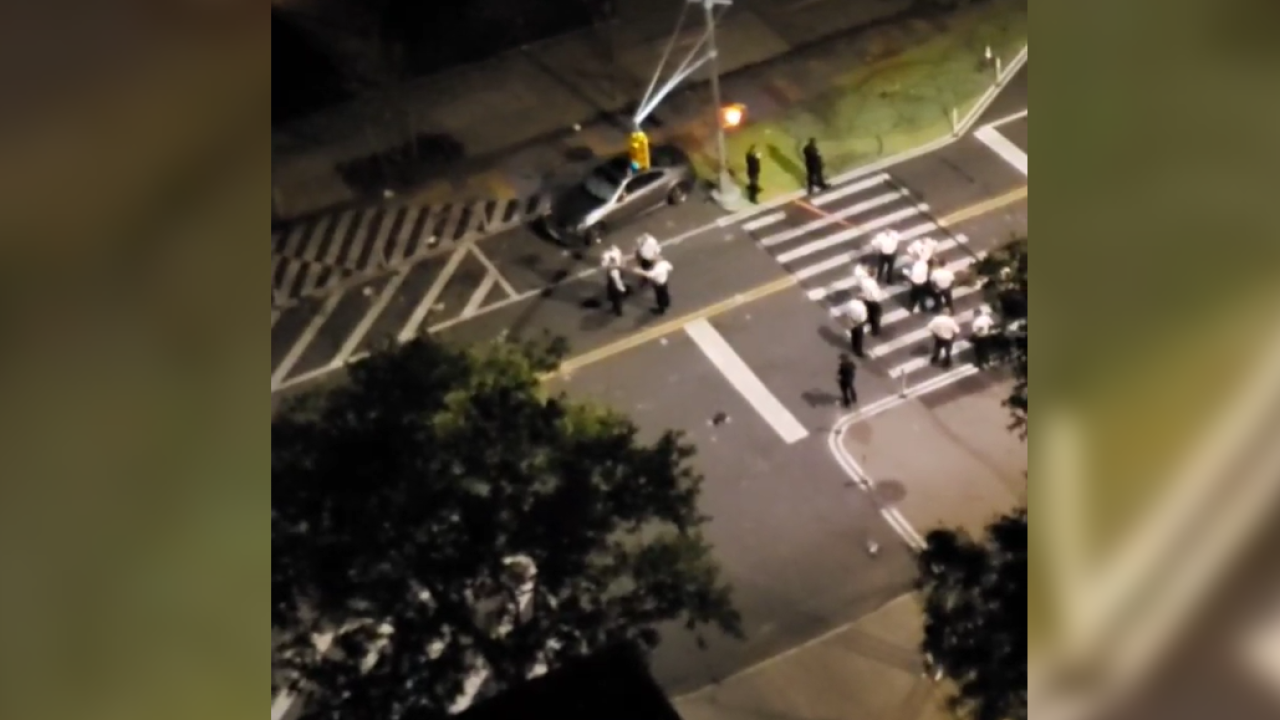 Citizen App
An unmarked police vehicle was hit by a bullet in the Bronx on July 4, 2020, police said.

In Brooklyn, someone threw a lit firecracker into an unmarked police vehicle with a uniformed officer inside, according to the NYPD. The incident happened near Gates and Stuyvesant avenues around 10:45 p.m.

The officer suffered minor cuts and burns to their hand, according to police.

RMP w/ two cops inside takes a bullet to the windshield outside the 40 Pct. stationhouse. Another perp points a gun at cops in Queens. Another throws a lit firework into an NYPD vehicle in Brooklyn. This is the environment that @NYCMayor & @NYCCouncil have created. Unacceptable. pic.twitter.com/W5QAk3pHr4

In the Bronx, meanwhile, a bullet struck the windshield of an NYPD vehicle with two officers inside just before midnight on Alexander Avenue, police said.

The windshield broke and the officers suffered minor cuts from the glass, but they were not shot, according to the NYPD.

It’s unclear if the officers were targeted or hit by a stray bullet, police said.

Both incidents are under investigation and no arrests have been made.