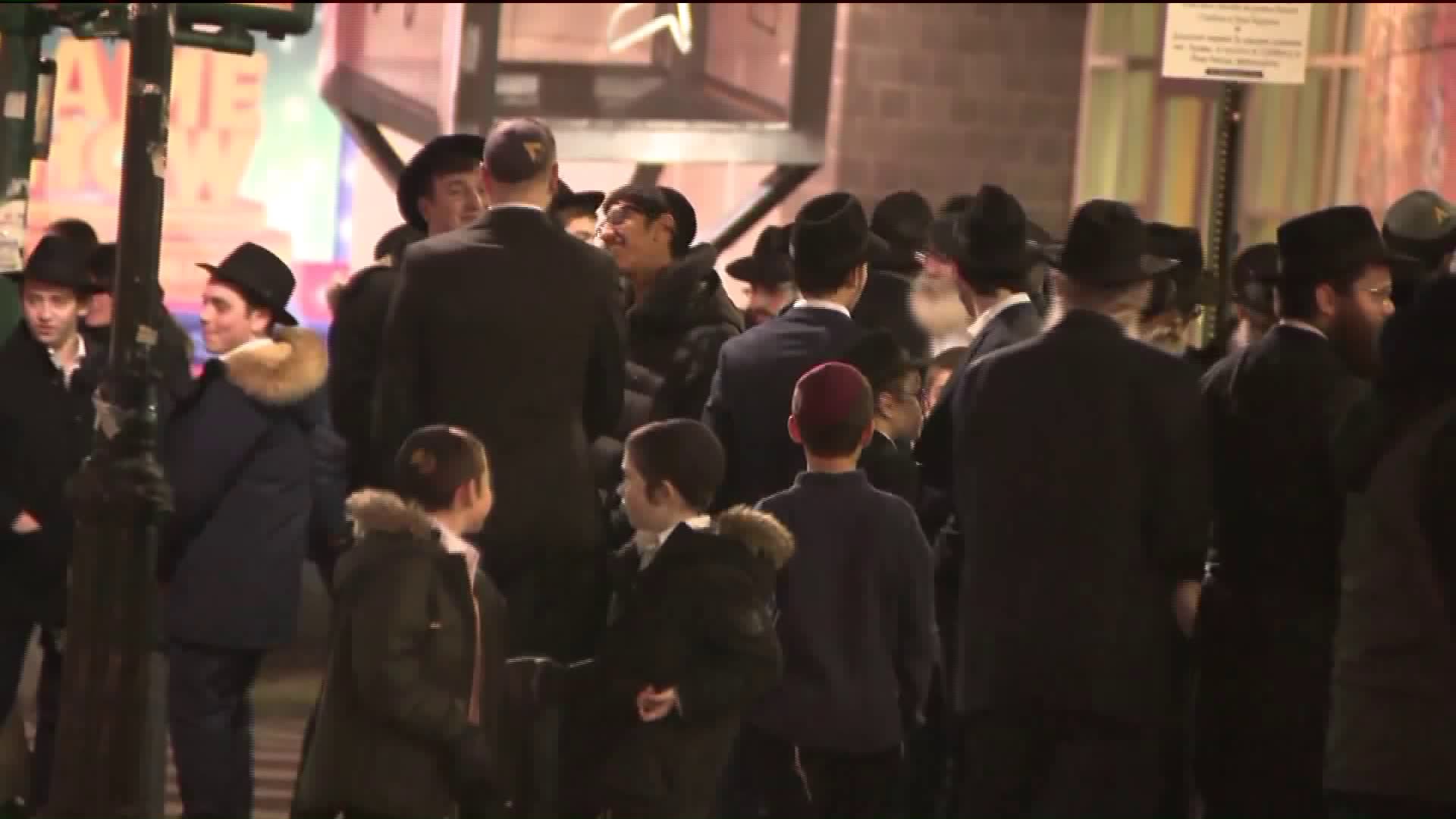 Several possible anti-Semitic incidents occurred in New York this week, all during the Jewish festival of Hanukkah . 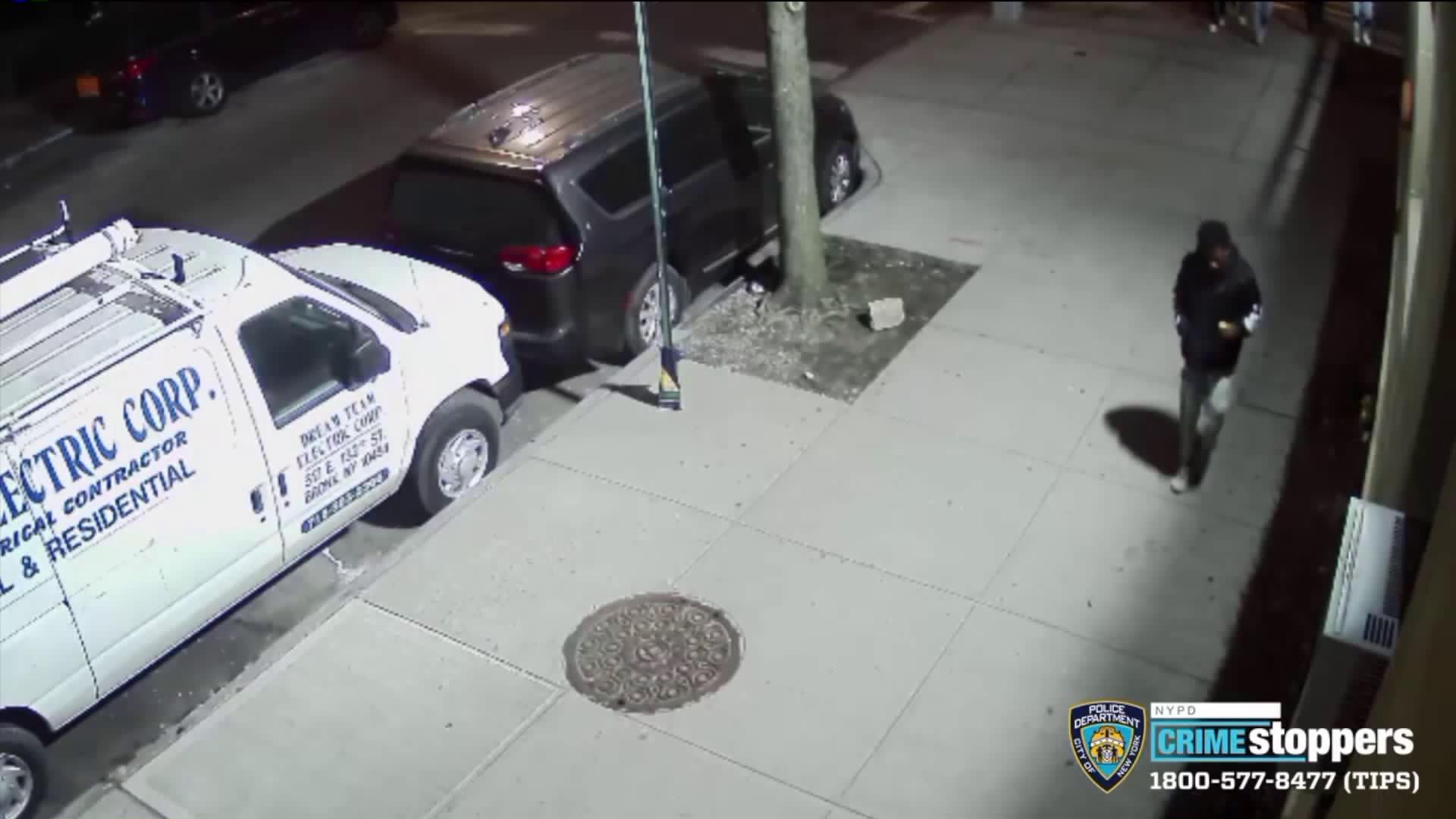 NEW YORK — Several possible anti-Semitic incidents occurred in New York this week, all during the Jewish festival of Hanukkah.

The most recent incident occurred on Friday when three women were attacked by a fourth woman, who thought her victims were Jewish.

This follows an incident Thursday when a Jewish woman was attacked in front of her toddler, according to authorities.

Ayana Logan faces charges of assault as a hate crime after she allegedly used her bag to hit the 34-year-old victim in the face, NYPD spokesman Lt. Thomas Antonetti told CNN. She also faces charges of acting in a manner injurious to a child under the age of 17, criminal possession of a weapon and harassment.

This week's first incident happened Monday morning, when a 65-year-old man told police he was punched and kicked by another man who yelled "f*** you, Jew," according to police. The incident occurred about two blocks away from Grand Central Terminal in Manhattan.

One suspect, Steven Jorge, 28, has been arrested in connection to the incident. It was not immediately clear whether he has an attorney.

Police received a second call Monday at 8:40 p.m. about an assault in Brooklyn.

When officers arrived, they were told by a 67-year-old man that a group of teenagers allegedly approached his 6-year-old son and another 7-year-old boy from behind, striking them inside the lobby of a residential building.

The teenagers ran away, and the victims were treated for minor injuries on the scene.

The early morning incident occurred in front of 332 Kingston Ave. A group of unidentified individuals allegedly yelled anti-Semitic slurs at a 25-year-old man as he walked down the street, he told police. One of the individuals threw his drink at him, he said.

The victim was uninjured, but the individuals fled the scene.

Tuesday's second incident happened at 1454 Union St., where a 56-year-old man alleged he was walking when a group of people approached him and one of them punched him.

On Thursday, Councilman Chaim Deutsch released surveillance video of another attack that occurred earlier this month. Video shows two children dressed in Jewish garments being chased through the streets around Avenue N and East 5th Street.

A seventh incident took place Friday morning, just after midnight on the corner of Kingston Avenue and President Street. Three women, ages 22-31, were slapped by another woman who was apprehended and charged with harassment. During the interrogation, said she committed the crime because she thought the victims were Jewish.

Police are also including an incident that occurred December 13 in Brooklyn in this recent series of crimes. A victim was chased down a block by several individuals. What they were saying is still unknown.

The NYPD's Hate Crime Task Force is investigating the incidents and in the case of the December 13 incident, still trying to figure out what the perpetrators were saying.

"The despicable crimes committed against our Jewish community over the last 24 hours are an attack on ALL New Yorkers," the mayor tweeted. "The NYPD is actively investigating all of them and will bring the perpetrators to justice."

On Friday, de Blasio tweeted that the NYPD will increase their presence in Boro Park, Crown Heights and Williamsburg. "Anyone who terrorizes our Jewish community WILL face justice."

Hate doesn’t have a home in our city.

In light of recent anti-Semitic attacks, the NYPD will increase their presence in Boro Park, Crown Heights and Williamsburg.

Anyone who terrorizes our Jewish community WILL face justice.

New York Gov. Andrew Cuomo also issued a statement Wednesday, before the reports of the Brooklyn incidents, saying he was "disgusted" by the alleged attack in Manhattan. He also promised to provide state police assistance to the NYPD in the investigation.

"This horrific and cowardly act of anti-Semitism is repugnant to our values, and it's even more despicable that it occurred over the holidays," Cuomo said in the statement.

Anti-Semitic incidents are most common hate crime in the city

Dov Hikind, a former New York state assemblyman and the founder of Americans Against Antisemitism, has been critical of how de Blasio has responded to anti-Semitic attacks in the city.

"I've talked to the mayor. He doesn't know what to do," Hikind said. "We've presented a plan to the mayor. Right now, anti-Semitism, it's not being dealt with. 'You condemn, you move on, you condemn the next one.' I wanted the mayor to declare a state of emergency because of these hate crimes."

CNN has reached out to de Blasio's office for comment.

There have been 166 anti-Semitic incidents from January through September of this year, the NYPD reported.

The majority of these crimes don't involve assault, but acts of vandalism, such as graffiti or swastikas scrawled on places like synagogues, Police Commissioner Dermot Shea said in September, when he was the department's chief of detectives.

But anti-Semitic incidents are the most common hate crimes reported in the city. They make up more than half -- 53.7% -- of all reported hate crimes, according to NYPD Crime Statistics.

The NYPD said arrests related to hate crimes are also up compared to the same period last year.