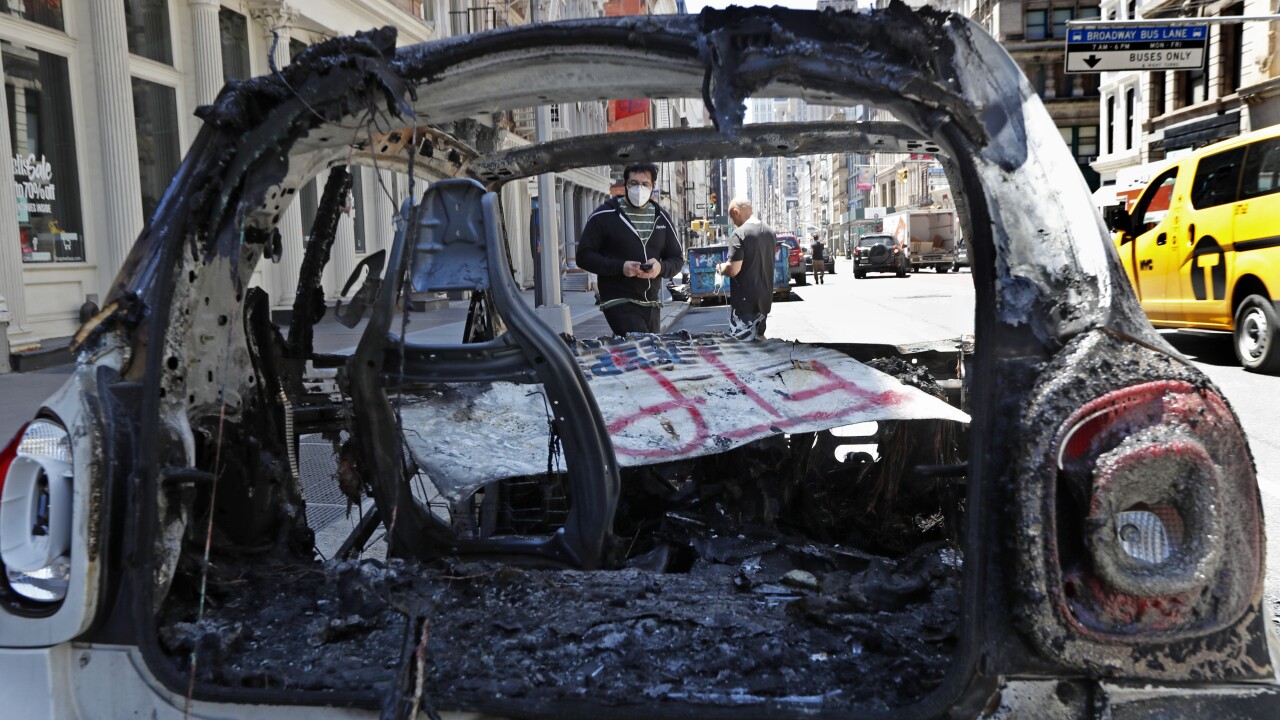 Kathy Willens/AP
A man looks through a burned police vehicle that had been vandalized and set afire, Sunday, May 31, 2020, along Broadway in Lower Manhattan in New York, during demonstrations over the death of George Floyd. Floyd died May 25 after he was pinned at the neck by a Minneapolis police officer. (AP Photo/Kathy Willens)

Police said that 14 vehicles of the 303 damaged were a total loss because of fire damage, seven are still being repaired and the rest have returned to service.

Several people were arrested in the early days of the unrest for allegedly hurling Molotov cocktails at police vehicles in Brooklyn. Those cases are still pending in federal court.

Since then, the demonstrations sparked by the police killing of Floyd in Minneapolis and other instances of police misconduct have largely been peaceful — but there have been flare-ups.