NYC taxi drivers rally in favor of bailout over medallions 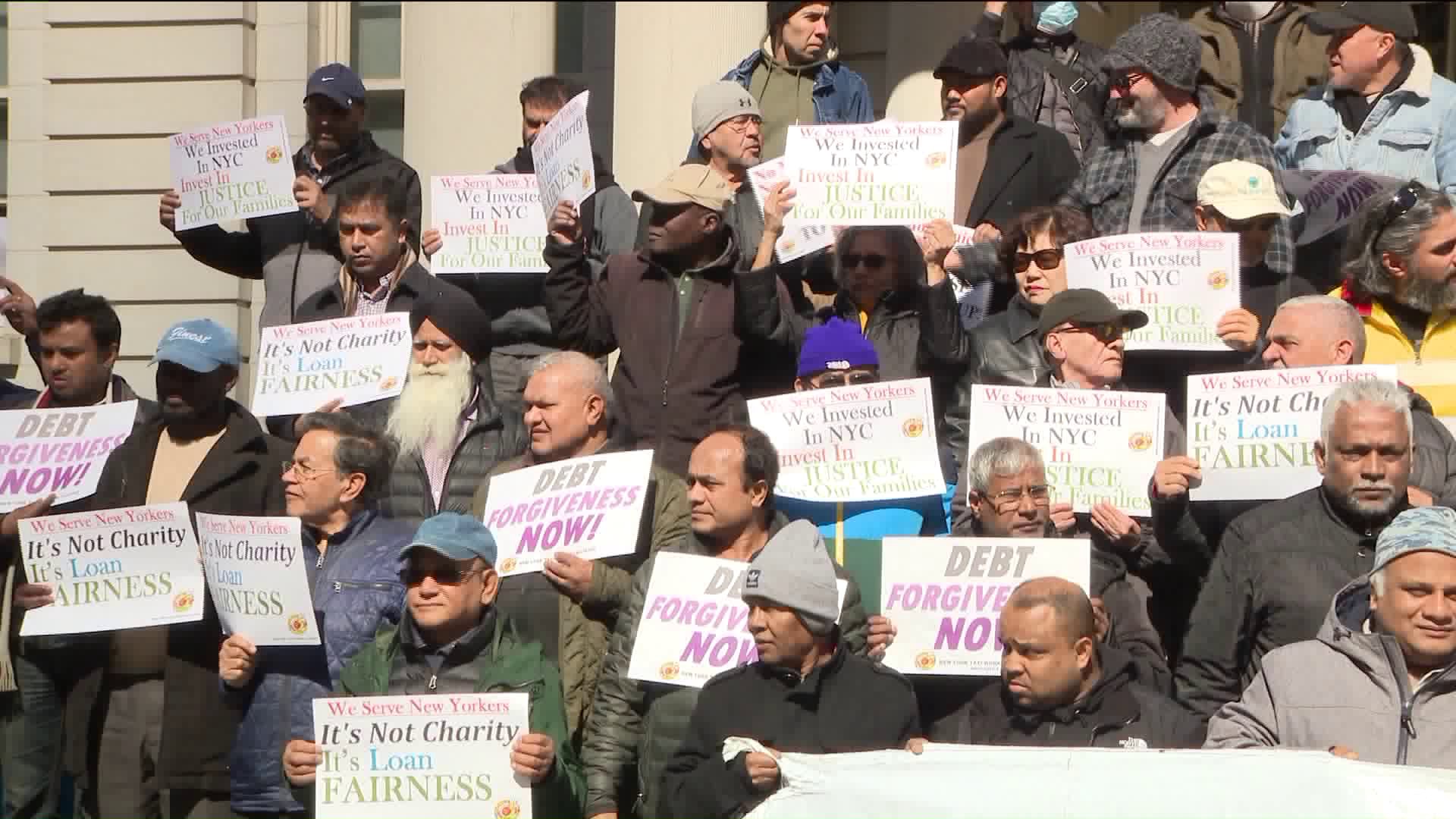 New York City cab drivers rallied in favor of a bailout that would ease their taxi medallion debt.

MANHATTAN, New York — Hundreds of yellow taxi drivers joined together to call for help on the steps of City Hall, demanding a bailout in the medallion crisis that left them in deep debt.

“Many can’t even buy food and take care of their families,” driver Javaid Tariq said.

Thousands of yellow cab drivers in New York City thought they were safe by taking out loans to pay for their medallions, even if they couldn’t afford them. The drivers believed in the high value and eventual return on investment, but now many are facing bankruptcy.

The New York Taxi Workers Alliance said the drivers were given false hope and sold bad dreams by the city.

New York Attorney General Letitia James claims the city had a direct role in the crisis by committing fraud against the drivers and raising the medallion prices. James is seeking $810 million from the city to compensate drivers.

City Comptroller Scott Stringer has the power to get the drivers to a settlement or a bailout.

A spokesperson said Stringer shares the drivers’ concerns about the medallion crisis and agrees a full investigation should be had.

“But an investigation of this scale and importance involves a variety of complex issues that will have to be resolved in a courtroom in order to reach a resolution that’s fair, comprehensive, and most importantly, sustainable,” the spokesperson said. “The issues raised in the attorney general’s claim are serious and they are best resolved through litigation—not pre-litigation.

“Going through the full process will offer an opportunity to protect this critical industry in the right way. We look forward to working with the attorney general and all leaders across the government toward a solution that lifts up working people in this city.”