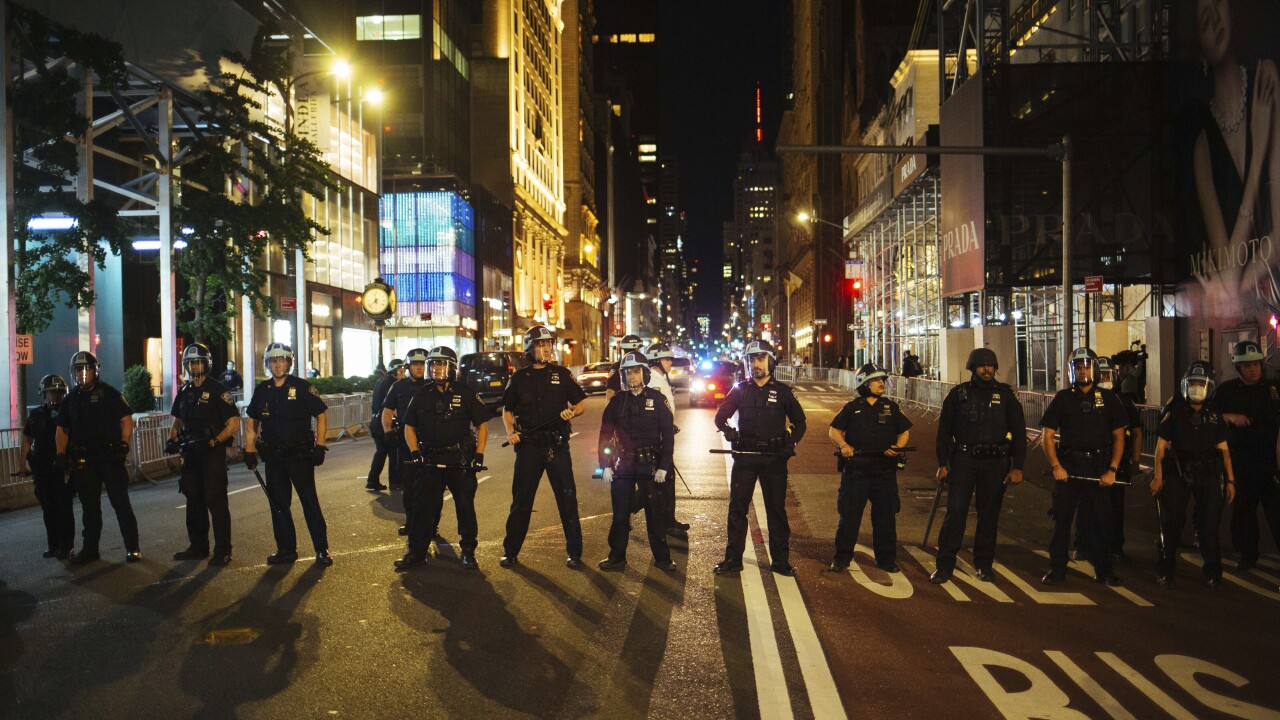 Kevin Hagen/AP
Police form a line on Fifth Avenue outside Trump Tower on Sunday, May 31, 2020, in New York. 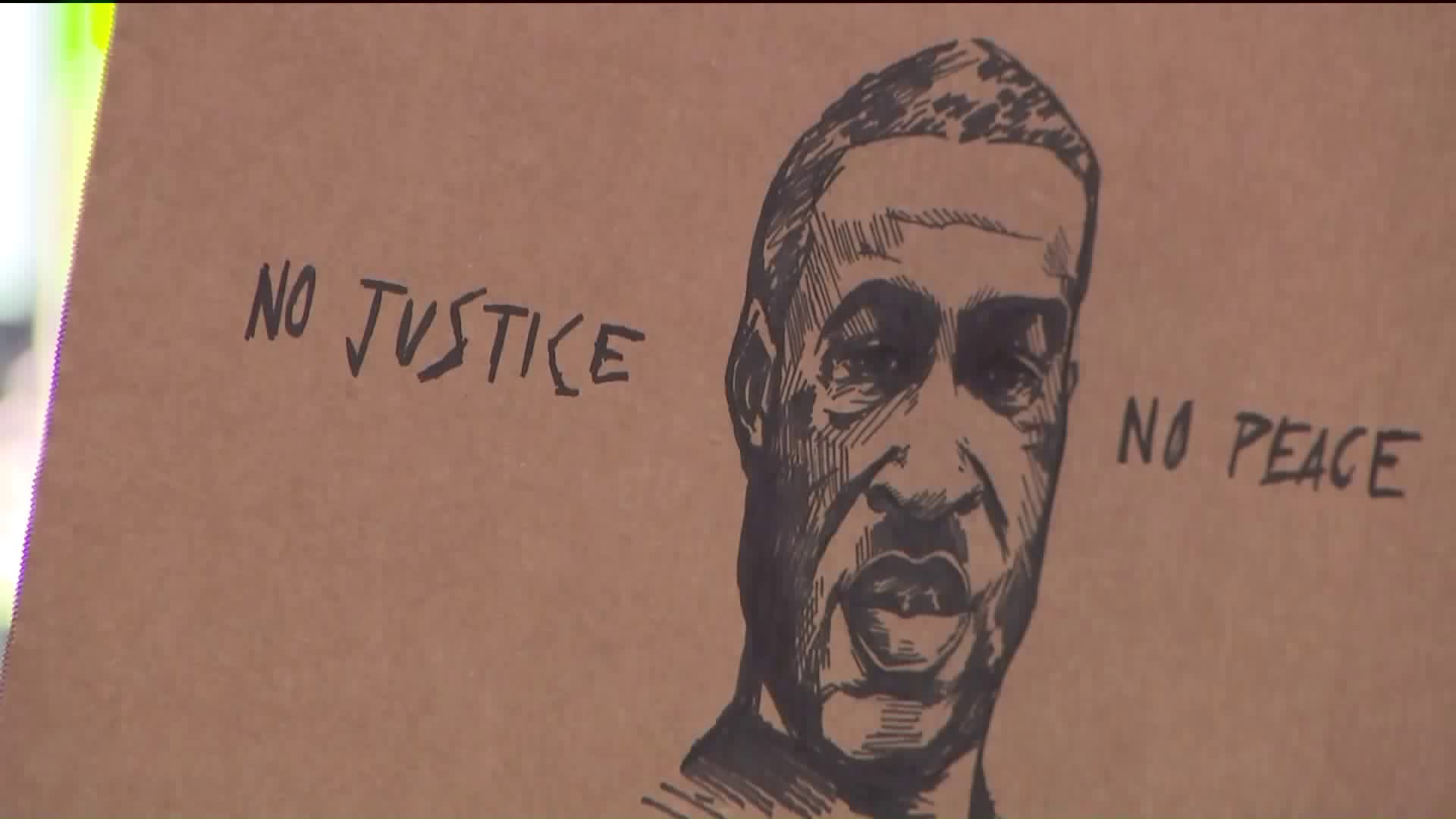 The decision comes on the fifth day of protests following the police custody death of George Floyd in Minneapolis.

Demonstrations across the city have turned violent, resulting in hundreds of arrests and an untold amount of property damage and looting.

The NYPD is also doubling its police presence to help prevent violence and property damage, according to the officials.

Additional officers will be sent to lower Manhattan and Downtown Brooklyn, where a majority of the violence has been concentrated.

Cuomo said he stands with protesters and their message against police brutality, but the violence and looting in New York City is discrediting the movement.

"While we encourage people to protest peacefully and make their voices heard, the safety of the general public is paramount and cannot be compromised," Cuomo said in a statement Monday.

De Blasio echoed the governor's statement, adding that he supports peaceful protests in the city.

"The demonstrations we've seen have been generally peaceful. We can't let violence undermine the message of this moment," the mayor said. "It is too important and the message must be heard. Tonight, to protect against violence and property damage, the governor and I have decided to implement a citywide curfew."

Monday marks one week since Floyd died while in police custody.

Floyd is heard in the video saying, “I can’t breathe.”

An independent autopsy released on Monday shows Floyd died of “asphyxia due to neck and back compression,” a family attorney said.

His death, as well as other recent deaths of black people at the hands of officers, has reignited national outrage over police treatment of people of color.

Chauvin and three additional officers at the scene were fired from the police department. Chauvin is charged with third-degree murder.

Protesters are calling for the other officers involved to also face charges.