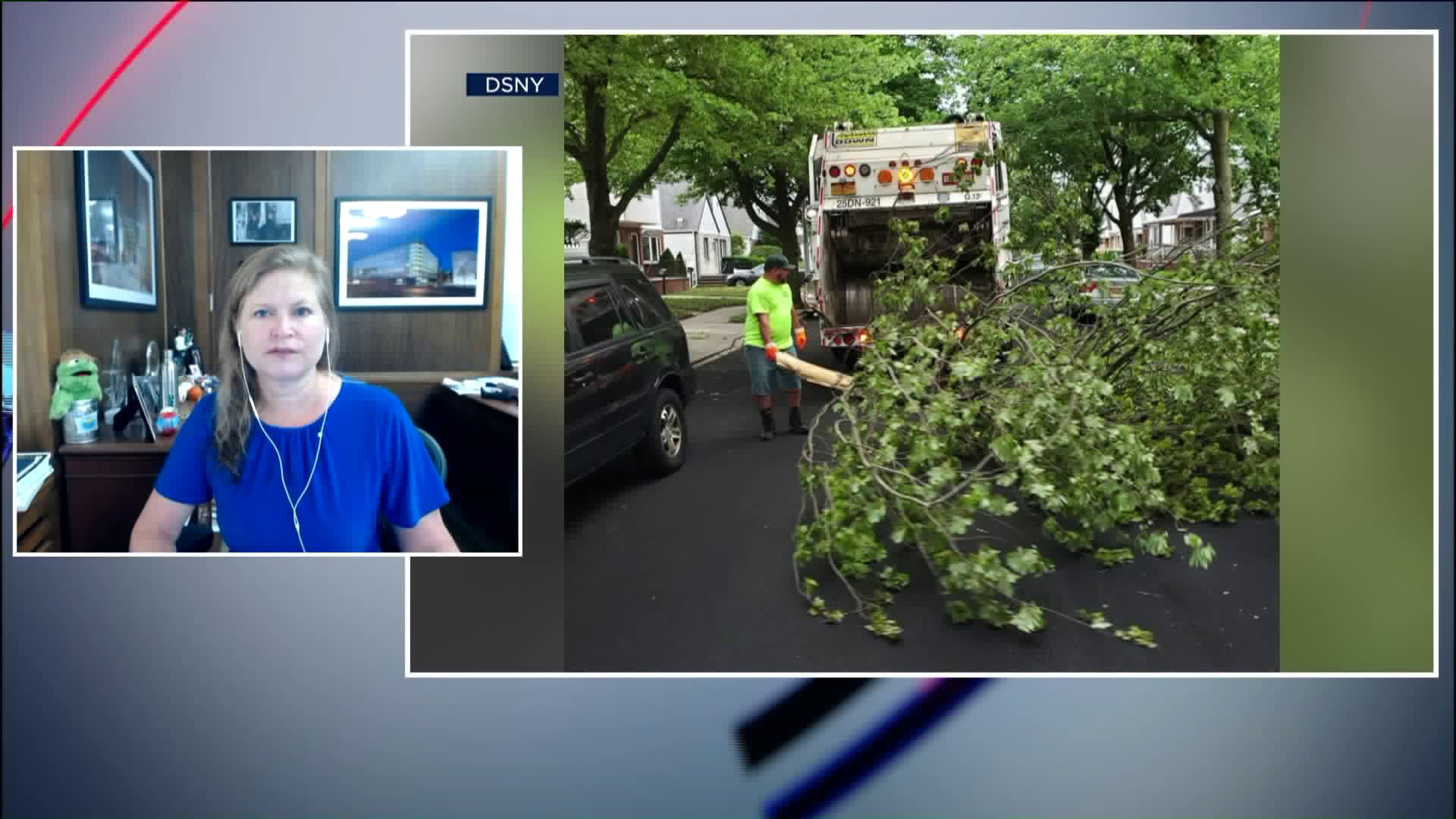 Debris and downed trees from Tropical Storm Isaias remains scattered across NYC neighborhoods, making it difficult for utility crews to restore power for many. Now, NYC Sanitation Commissioner Kathryn Garcia explains how about 600 sanitation workers are being used daily to help with storm cleanup.

NYC Sanitation Commissioner Kathryn Garcia explained to PIX11 that she has 600 sanitation workers going out daily to help with storm cleanup.

Plus, Garcia explained why many New Yorkers are seeing more and more trash piling up in their neighborhood.

According to Garcia, the department's cleaning budget has been cut, which means fewer Sanitation employees going out to collect garbage from the litter baskets on street corners around the city.

Garcia said the cuts resulted in the department's headcount being reduced by about 411 sanitation workers.

She said the department has tried to reorganize resources to make up for the losses. Garcia also advised residents not to misuse those street-corner baskets by putting residential or business waste in them.

Luckily, the commissioner confirmed they have not had to reduce waste collection for residential or businesses locations.