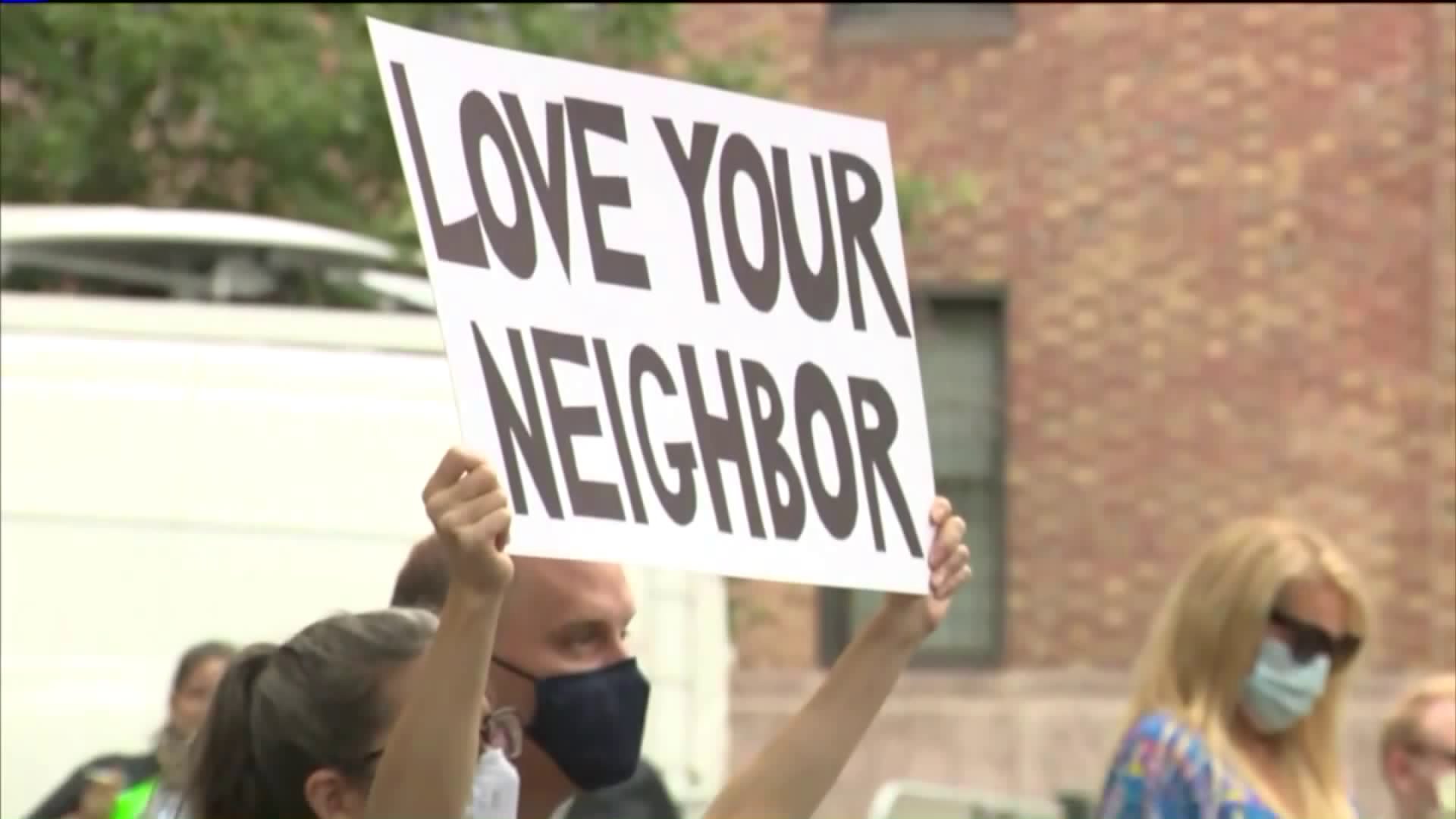 The city hit pause on a plan to shuffle homeless New Yorkers around to different shelters.

NEW YORK — Mom Jeannette Martin, who lives at the Flatlands Family Residence in Brooklyn, remains deeply skeptical about her fate even though Martin, and others like her, have been given reassurance from City Hall that their lives will remain stable - for now.

The city had planned to shuffle some homeless New Yorkers around.

"We are not moving any clients from these locations as part of this initiative," New York City Mayor Bill de Blasio and the Department of Homeless confirmed Monday.

The official announcement comes on the heels of intense public pressure from shelter residents who formed organized protests and from advocates who marched and protested in front of the de Blasio's residence at Gracie Mansion over the weekend.

This all began with the city’s recent plan to move around various shelter populations after some, but not all, residents in more affluent neighborhoods, including Long Island City in Queens and Manhattan’s Upper West Side, began blaming increased crime and a dip in quality of life on shelters in their neighborhoods.

The de Blasio administration was immediately accused of shuffling shelter residents like pieces on a game board.

Getting DHS to hold off on these transfers is just the first step, staff attorney Josh Goldfein said.

"There’s no reason right now to be moving around in the city at a time when we’re all living with a pandemic, when school’s about to start," Goldfein said. "So it makes not sense at all to take some of the most vulnerable people in New York City and start shuffling them all around to different boroughs form where they are."

The pause in transfers is temporary. It's fully expected that at some point down the line, DHS will resume moving homeless New Yorkers between facilities.