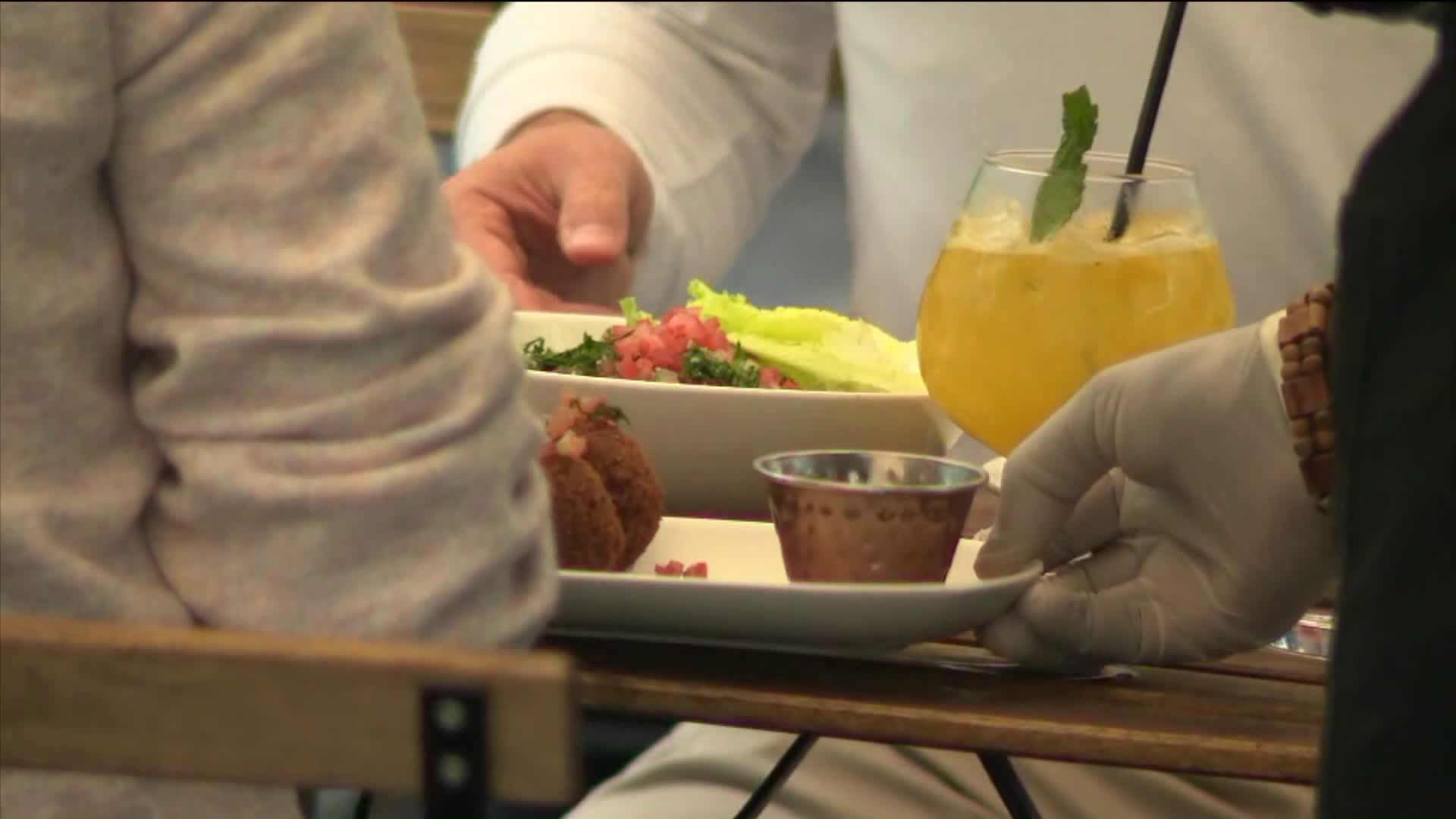 Ilili is operating in the red right now because of the pandemic, but the Beirut-born chef and owner said he had no choice but to help his homeland after an explosion in Beirut left at least 220 dead and 7,000 injured.

For $16, you can enjoy the Beirut Hope — a fruit, vodka, basil and mint cocktail at Ilili, a Lebanese restaurant in the Flatiron neighborhood — while directly helping those suffering in the aftermath of the explosion in Beirut.

Ilili, like many other Manhattan restaurants, is operating in the red right now because of the pandemic, but the Beirut-born chef owner Philippe Massoud said he had no choice but to help his homeland after an explosion in Beirut left at least 220 dead, 7,000 injured and up to half a million displaced from their homes.

So for Sunday brunch and dinner, six percent of every meal is going to help the people of Lebanon and the entire price of the Beirut Hope is a direct donation.

“You cannot stop being charitable when you are in distress,” Massoud, the chef/owner told PIX11 News. “It is these times when your charity matters. If someone gives $5, that takes care of a family for two weeks.

“I think it’s awesome and super exciting to contribute,” she said. “It’s so heartbreaking, everything that is happening in Lebanon."

Massoud has also set up a GoFundMe page with hopes of raising more than $100,000.

Several other Lebanese restaurants have also joined in the fundraiser, including Balade, Eat Naya, Abzaatar, Cedar’s Cafe, Paumanok and Manousheh.

And one Ilili customer also set up a fundraiser sculpt for Beirut; it raised $2,000 over the weekend.

“I’m a Lebanese American. My dad came from Lebanon. I wanted to help as soon as I heard about the blast,” Tamara Najm, the Sculpt for Beirut organizer, told PIX11 News. “This was a catastrophe and I wanted to help in some way"

The fundraiser at Ilili is set to continue next weekend because rain kept many customers away from their outdoor seating area this Sunday.

"When everyone saw the explosion, regardless of your background, you’re impacted in a way," Rich Burke, another customer at Ilili, said.