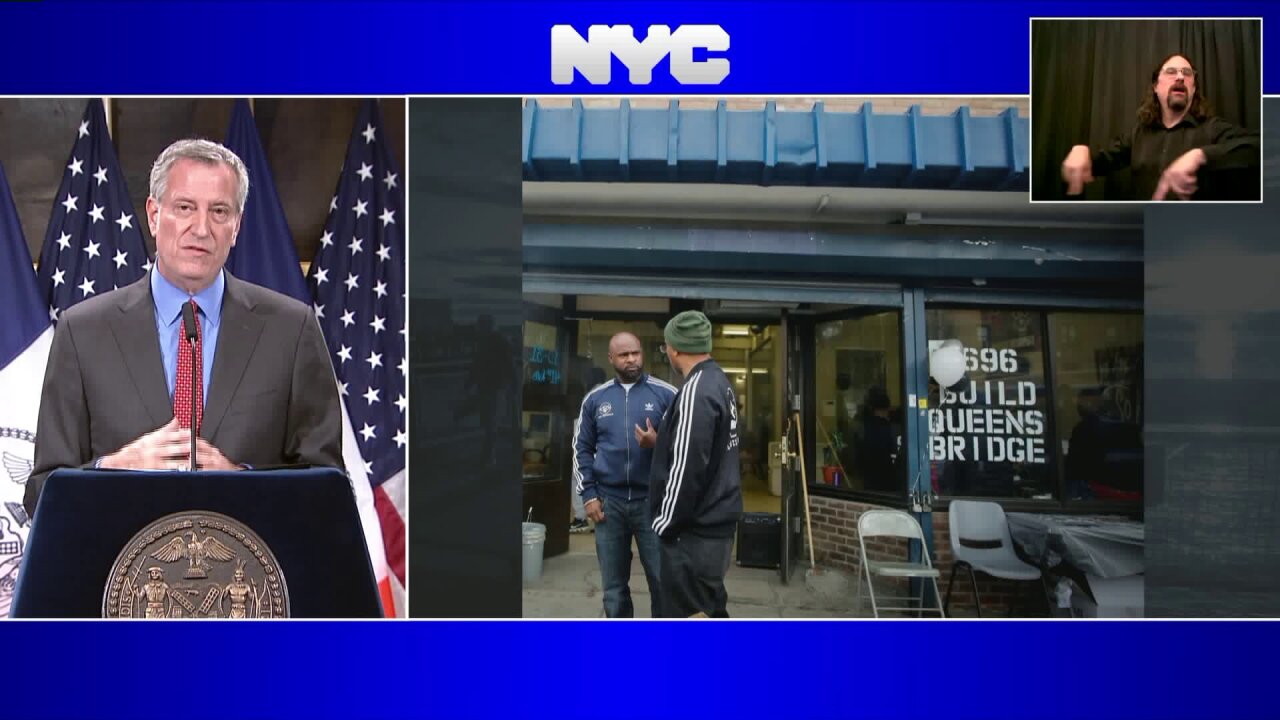 NEW YORK — New York City has expanded its Cure Violence movement to help fight the violence in the city’s neighborhoods.

“Lives will be saved, violence will be reduced,” the mayor said.

By expanding the Cure Violence movement, the budget for the crisis management system would increase by $10 million.

Funding would assist in adding staff and create new sites.

Community activists and leaders joined the mayor for his daily briefing to highlight the importance of the initiative, which would play a vital part in helping the city progress.

Andre Mitchell, founder of Man Up Inc. urged a permanent office be made that prevents violence while City Councilmember Daneek Miller (D-Queens), who will lead the movement with Councilmember Adrienne Adams (D-Queens) said the expansion is a vital role in aiding the city in battling both the coronavirus and racial crisis New Yorkers are facing.