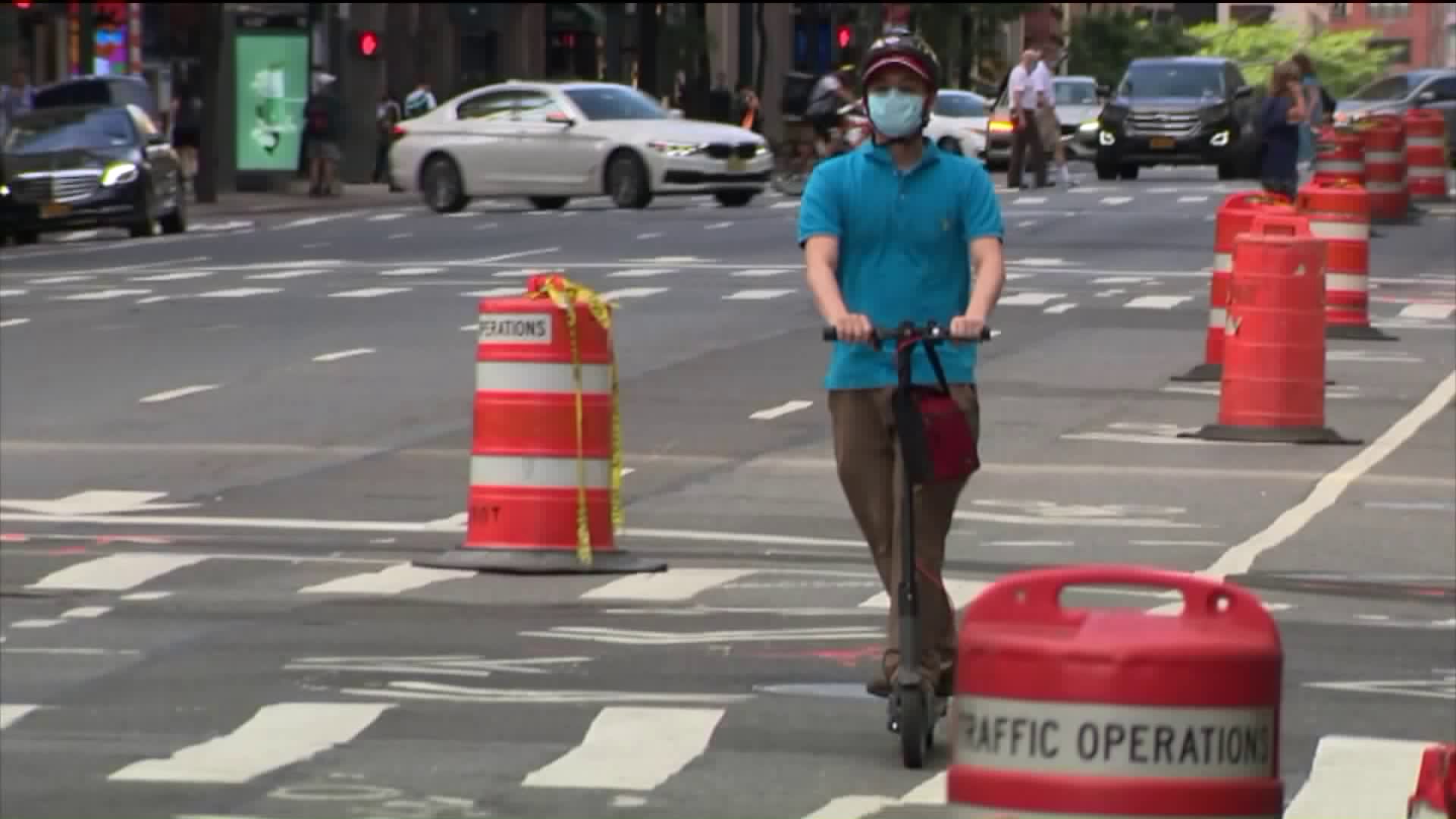 Transportation is about to get charged up in New York City.

NEW YORK — Transportation is about to get charged up in New York City.

Thursday the City Council voted to allow e-bikes and e-scooters around the five boroughs.

The move is being hailed as win for delivery workers who have relied on electric vehicles to do their jobs for years, often risking big fines in the process. But transportation and technology experts agree that right now all New Yorkers will benefit from allowing these vehicles on the streets.

With some people fearful about spread on public transportation, officials are worried about an east coast "carmageddon."

Which is why Julie Samuels, Executive Director of Tech:NYC, says this legislation could not have come at a better time.

"E-bikes, e-scooters, efficient, effective ways to get around that are alternatives to individuals getting into individual vehicles is incredibly important," Samuels said.

New York Gov. Andrew Cuomo legalized e-vehicles back in January, but left the particulars up to local lawmakers.

While the council voted overwhelmingly in favor of the bill, some like Bronx City Councilman Mark Gjonaj still have concerns about safety and storage.

"My concern is that we will have scooters in our corridors and our residential blocks that will be more of a hurdle and an obstacle to our pedestrians," Gjonaj said during the vote.

The city will have time to workout the details during a pilot program that is scheduled to start next May and run for at least two years. Samuels says thanks to the advances in technology, users and administrators will have options on how they're integrated into the city to help avoid gridlock.

"You can have a model that's more like Citibike, where there are docks, and you can have rules and regulations and social norms around where you leave these things," she said.

While users will be allowed to ride e-bikes and scooters in all five boroughs, app based sharing programs will not be allowed to operate in Manhattan at least for the time being.