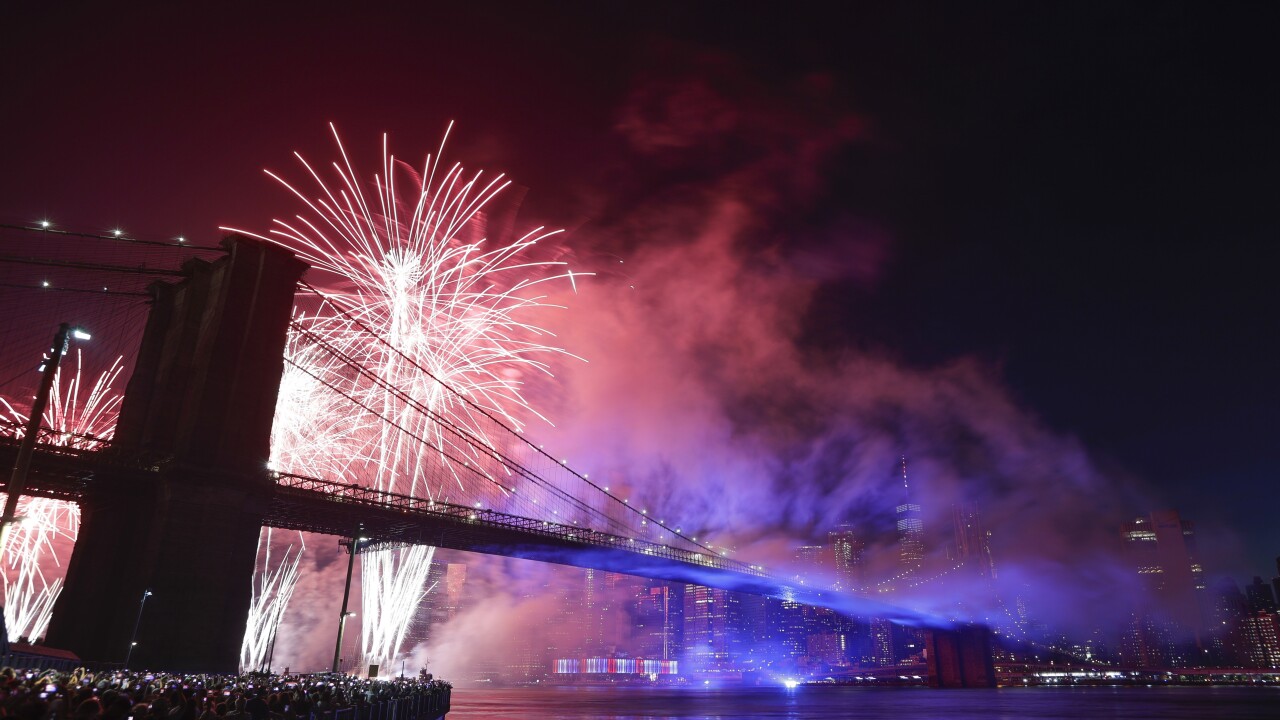 NEW YORK — New York City and Macy's are teaming up for a unique Fourth of July celebration while the city continues to reopen amid the coronavirus pandemic.

Mayor Bill de Blasio Tuesday announced that instead of one big show like in years past, Macy's and the city will bring smaller fireworks displays to all five boroughs in a series of shows between Monday, June 29, and Wednesday, July 1.

In an effort to avoid large crowds gathering, de Blasio said the city will release information about each show "very close to the actual moment" they happen.

These lead-up displays will last just about five minutes each. "Brief but mighty," the mayor said. "You'll know this is a professional, beautiful show."

A special finale event will air July 4 on NBC using the best moments of the fireworks displays from across the city, as well as musical performances, celebrities and more.