NY struggles to finalize budget amid economic crisis, calls to defund the NYPD 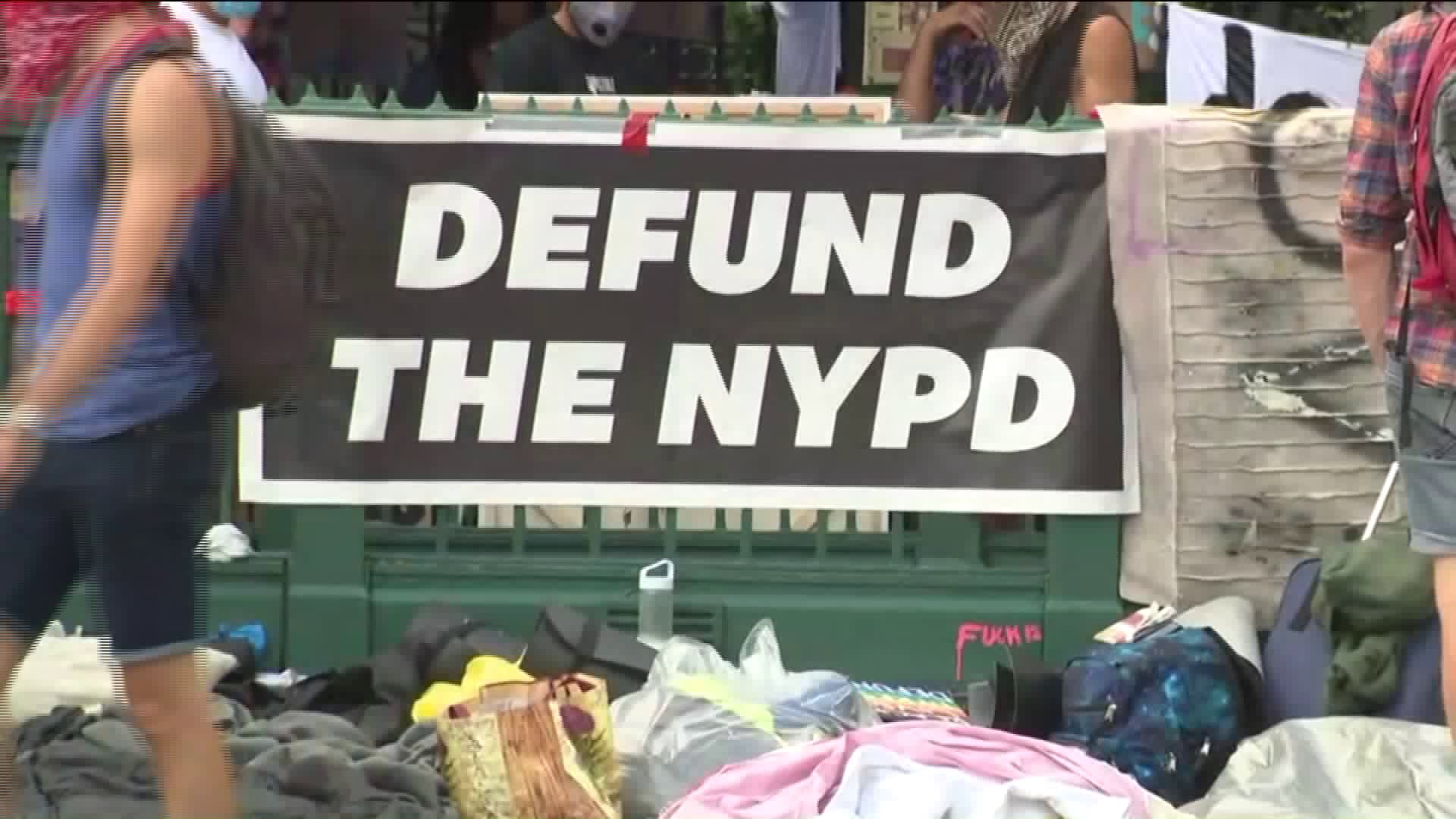 City Council members struggled over budget numbers Monday, determined to meet the needs of New Yorkers during a pandemic and economic crisis, as the deadline loomed.

NEW YORK — City Council members struggled over budget numbers Monday, determined to meet the needs of New Yorkers during a pandemic and economic crisis, as the deadline loomed.

Just outside City Hall, camped out protesters demanded a $1 billion cut to the NYPD budget. Mayor Bill de Blasio said the NYPD had found ways to slash its $6 billion budget in a way that would move funding to youth and community programs.

"My office presented to the City Council a plan that would achieve a billion dollars in savings for the NYPD and shift resources to young people to communities, in a way that would help address a lot of the underlying issues that we know are the cause of so many problems in our society," he said.

"Mayor de Blasio’s message to New Yorkers today was clear: you will have fewer cops on your streets," he said. "Shootings more than doubled again last week. Even right now, the NYPD doesn’t have enough manpower to shift cops to one neighborhood without making another neighborhood less safe."

The latest budget draft would cancel the incoming class of police recruits and move school safety officers from the NYPD to the Department of Education, sources told PIX11.

"Everybody's talking about our young people are out in the streets, but evidently they need things to do," he said. "They need jobs."

De Blasio previously said 22,000 city workers may be laid off to avert a financial disaster.

Councilwoman Vanessa Gibson said "everything is on the line."

"Another hard line for many of us in the City Council, we don't want to see any city workers laid off and lose their jobs and get pink slips," she said.