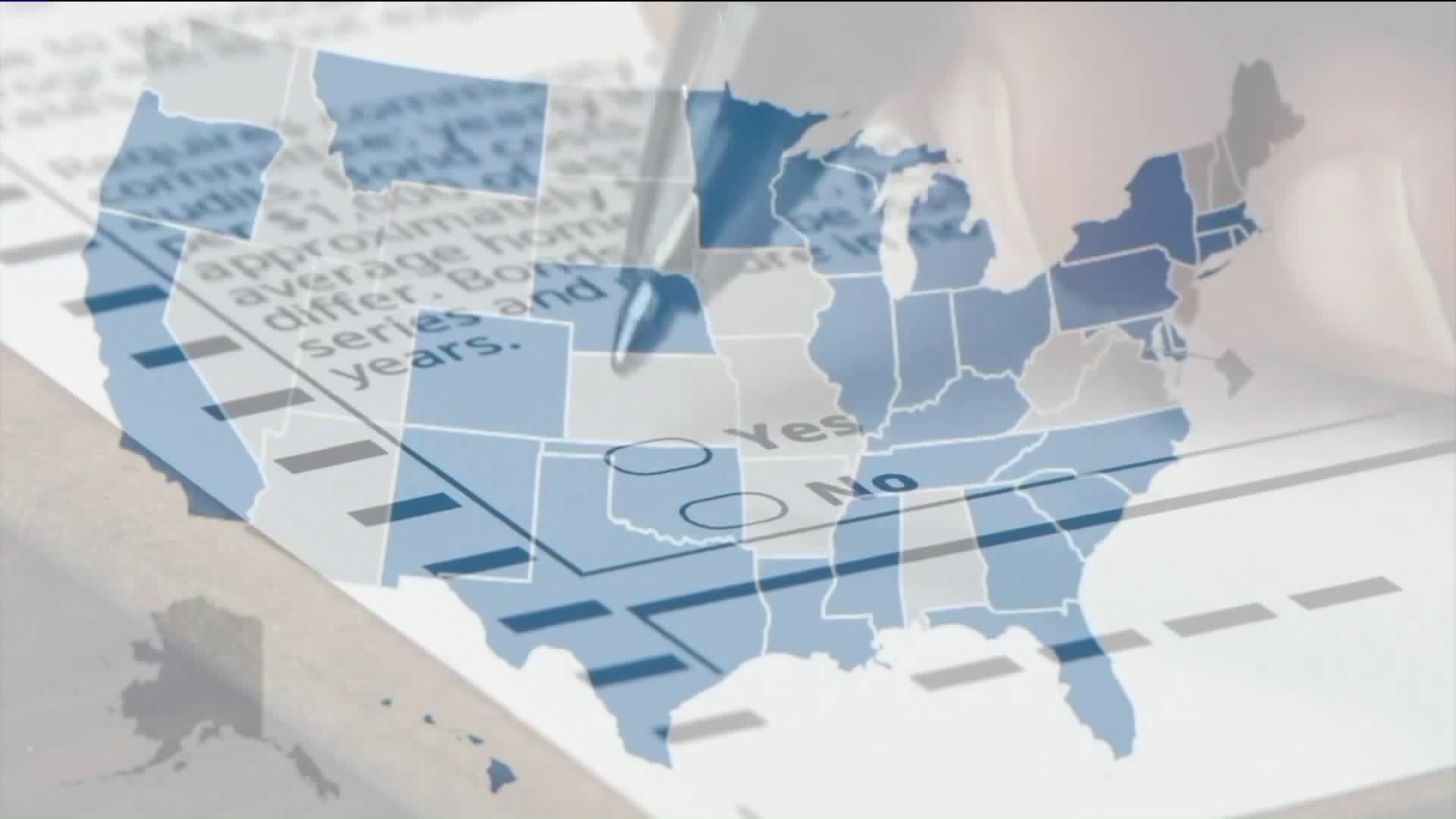 Several thousands absentee ballots were tossed due to postmarking issues.

NEW YORK — New York is working to fix its absentee ballot system ahead of the November election after tens of thousands of people were disenfranchised during the June primary.

There are a mix of issues with the local election boards, and national issues with the post office. It all comes as President Donald Trump continues an all out assault against vote by mail.

Jillian Santella sent her absentee ballot the day before the June 23 New York primary, but for some reason it was not post-marked until June 25, disqualifying her vote.

“We filled them out and dropped them in the mailbox and assumed everything was fine,” said Santella. “Of any election to get screwed up this one getting messed up was very upsetting."

In New York’s 12th Congressional District, a lawsuit brought by challenger Suraj Patel has revealed 12,000 absentee ballots were disqualified in that race, and tens of thousands city-wide were not sent to voters on time.

Patel has been frustrated by the state’s inability to adapt to a mostly mail-in election, which has created issues that have allowed President Trump to make a case against mail in voting.

“He is confusing and conflating that on purpose, which he tends to do, and then calls it voter fraud,” Patel said. “This the opposite of what we’re talking about here.”

Patel said his lawsuit is about getting more votes counted, and it’s about disenfranchisement, not fraud.

In a news conference Monday, Trump spoke about the 12th Congressional District, saying "I think you have to re-run that race."

The president cited missing and fraudulent ballots, though there has been no evidence of fraud.

He also referenced Paterson, New Jersey, where four people were charged with voting fraud in June.

The New York State Legislature has moved to make some changes for November with a series of bills that await Governor Andrew Cuomo’s signature.

One of the reforms includes a regulation that no ballot post mark will be needed if your ballot is received up to a day after Election Day. Another is that voters will get notified if their ballots are disqualified for issues that can be easily fixed, such as a missing signature. The law would also change so local election boards can begin processing absentee ballot requests sooner.

However, the reforms are missing ballot tracking, election funding, or the legal ability to count ballots as they are received, making an actual result on election night more likely.

“We don’t have to reinvent mail-in voting,” Patel said. “Oregon and Washington have been doing this well for two decades. Kentucky held their primary on the same day as ours, June 23rd, and had results in 3-4 days.”

However, there is nothing to be done locally about the general slowing of election mail and post mark irregularities that have come following cost-cutting measures implemented by a wealthy donor to President Trump Louis DeJoy. He was appointed post master general in mid-June.