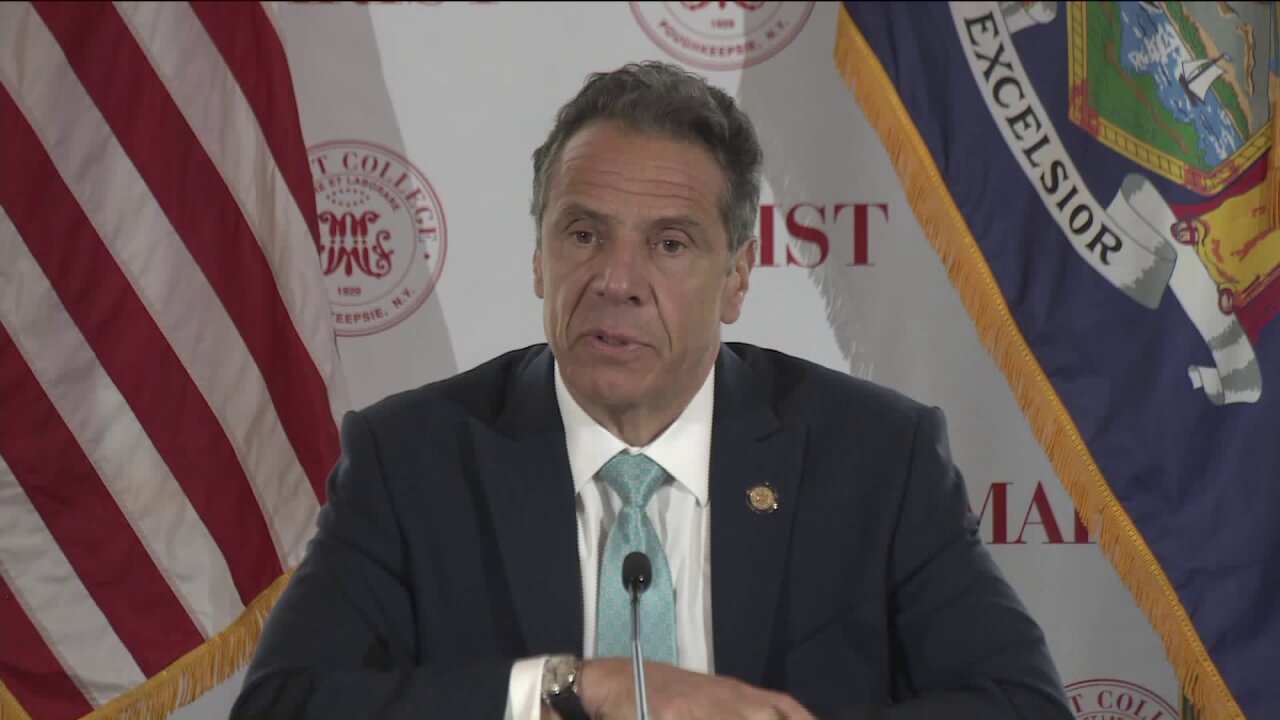 ALBANY, N.Y. — New York’s governor says the state’s economy is too “murky” to move ahead with his sweeping proposal to address climate change by borrowing $3 billion to fund environmental restoration projects across New York.

Gov. Andrew Cuomo said in a Thursday conference call with reporters that the bond won’t appear on November’s ballot but said he hopes voters will weigh in on it the following year.

The response to the COVID-19 pandemic has decimated the state’s sales tax revenues and tourism industry.

Some environmental leaders criticized the Cuomo's removal of the bond from November's ballot, saying it would have helped stimulate the state's ailing economy.