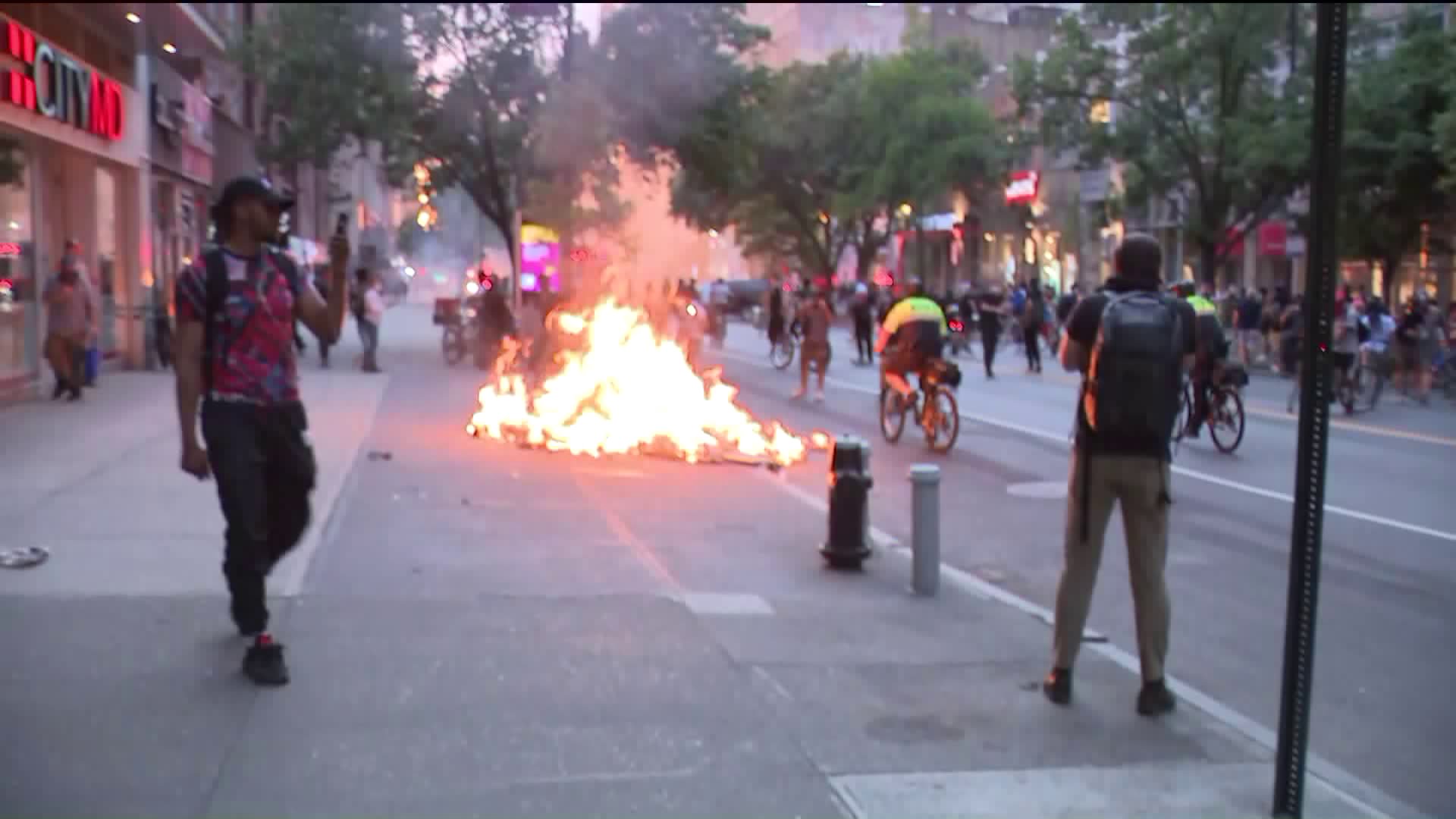 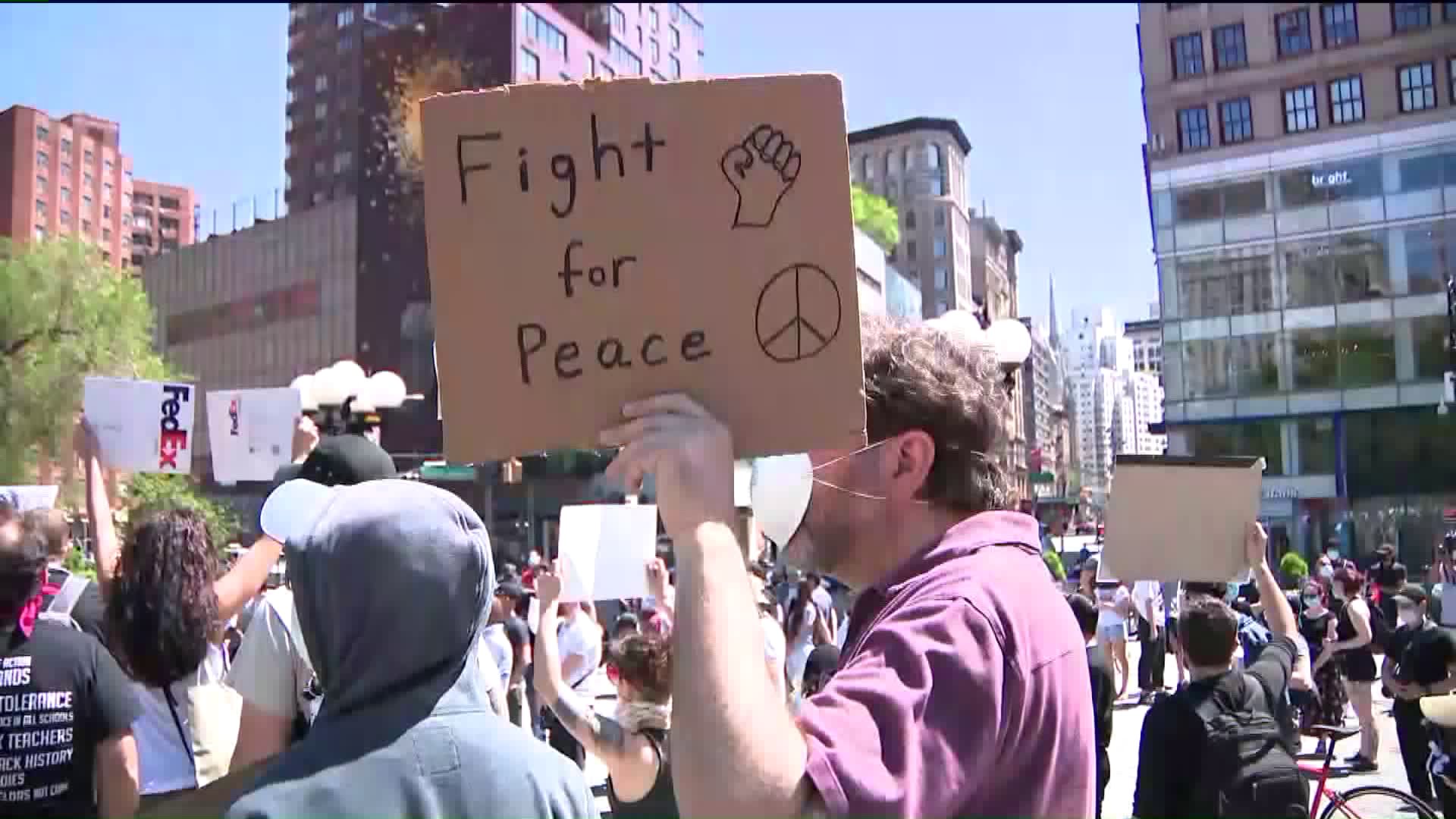 UNION SQUARE, Manhattan — Close to a thousand protests gathered at Union Square Saturday, where some were still reacting to the protests of just one night ago in Brooklyn.

The protests began peaceful, with some taking a knee, resembling Collin Kaepernick. The names of 82 people killed by police were read aloud to the crowd. All of these protests are, of course, a reaction to the death of George Floyd in Minneapolis.

While it remained non-violent, some protesters taunted police. Officers tried to keep the marchers to the sidewalk but they eventually flooded the streets.

"Me and my friends are out here today because this could've been one of my family members," said Elyse Harris. "The fact that George's life was taken and he did nothing but be black, we should be outraged.

When asked about some of the protests, locally and nationally, that got out of hand, the protesters understood the anger.

"I think it needed to happen and I know that it's unfortunate but there's a reason and a cause and this has been going on for hundreds of years," said Megan Snell. "This isn't the first time we've revolutionized a world like that."

No arrests have been reported yet at Union Square, though some were reported as protesters took over the FDR Drive. There were plans for the Union Square protest to move to Washington Square Park and One World Trade Center.