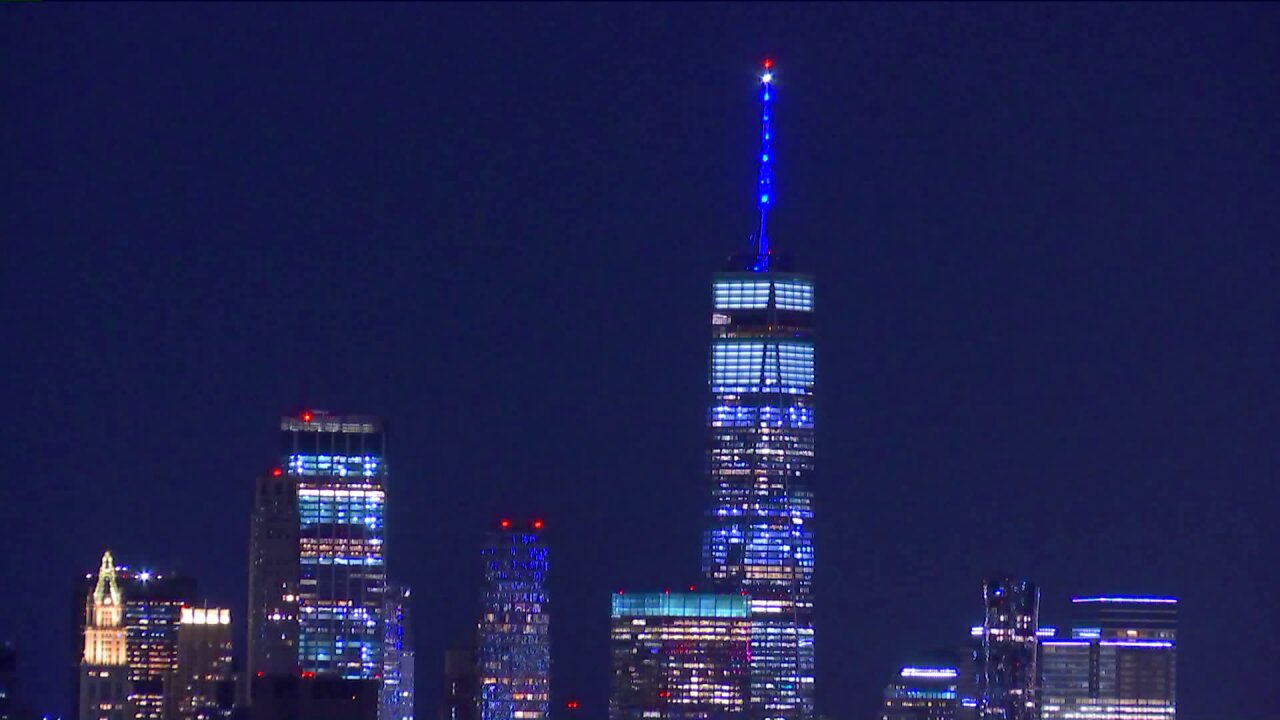 NEW YORK — In addition to a statue in Brooklyn, New York and the rest of the tri-state area planned tributes to Supreme Court Justice Ruth Bader Ginsburg, who died Friday at the age of 87.

"As we mourn the loss of one of America's most prominent and inspiring jurists, New York State will take a moment to celebrate the extraordinary legacy of Justice Ruth Bader Ginsburg and her precedent-shattering contributions to gender equity, civil rights and jurisprudence," Cuomo said in a statement Saturday. "In honor of Justice Ginsburg, I am directing landmarks throughout our state to be lit blue, the color of justice. New Yorkers from all walks of life should reflect on the life of Justice Ginsburg and remember all that she did for our nation as we view these beautifully lit monuments tonight."

Ginsburg was born and raised in Brooklyn.

"Justice Ginsburg was an inspiration to countless young women and girls across our nation and around the globe — dedicating her life to equal justice under the law," Murphy said in a statement.

In Connecticut, Gov. Ned Lamont announced that he is also directing U.S. and state flags to be lowered to half-staff "as a mark of respect for the memory and longstanding public service of United States Supreme Court Justice Ruth Bader Ginsburg."

Like in New Jersey, flags should be lowered immediately and remain at half-staff until sunset on the date of interment, which has not yet been determined.

"Our nation is greater for her tenacity, dissension, and adversity against injustice," said Gov. Lamont in a statement.