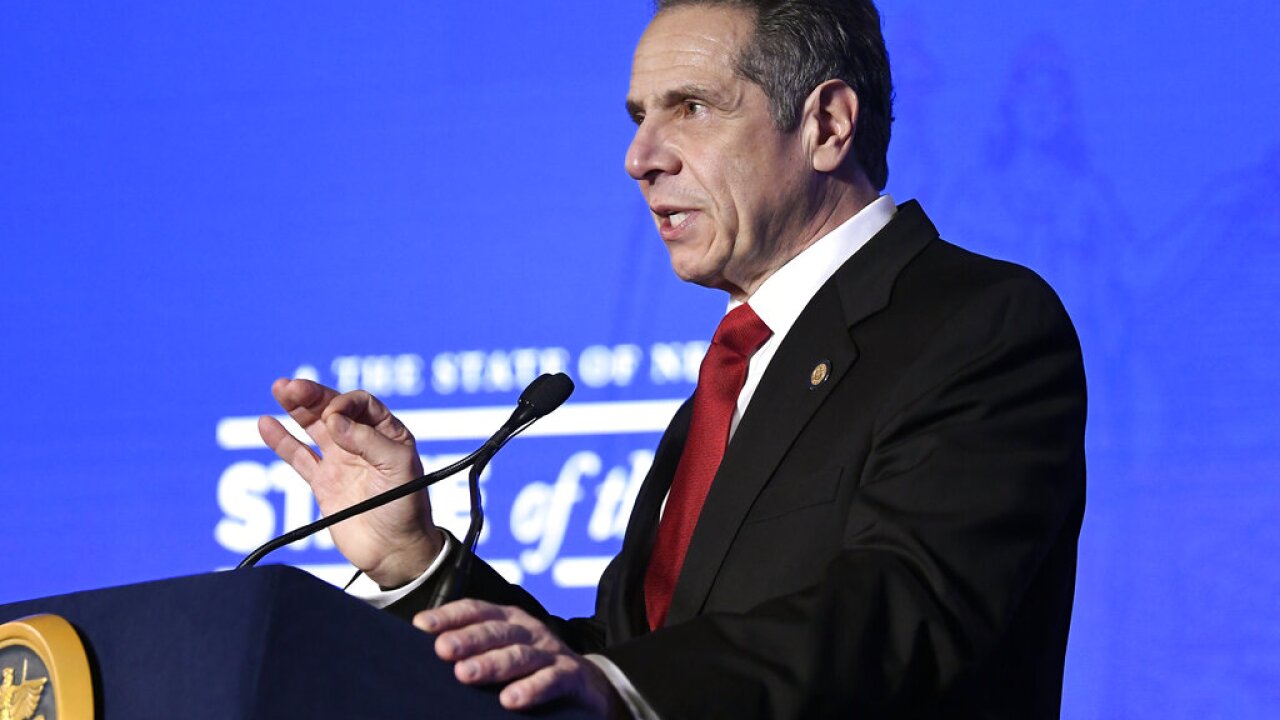 Hans Pennink/AP
New York Gov. Andrew Cuomo delivers his State of the State address virtually from The War Room at the state Capitol on Jan. 11, 2021, in Albany, New York.

The governor delved deeper into his plans to make New York the "green economy of the world."

Watch the State of the State below or click here.

On Tuesday, he announced a new public-private partnership to revive the arts statewide amid the challenges of the COVID-19 pandemic as well as a proposal to offer $15 high-speed broadband service to all low-income households.

The proposals and projects are part of Cuomo's seven-point plan to reopen New York and revitalize its economy in a post-COVID world.

Excerpts and highlights from Gov. Cuomo's third State of the State speech:

Green energy economy is the future