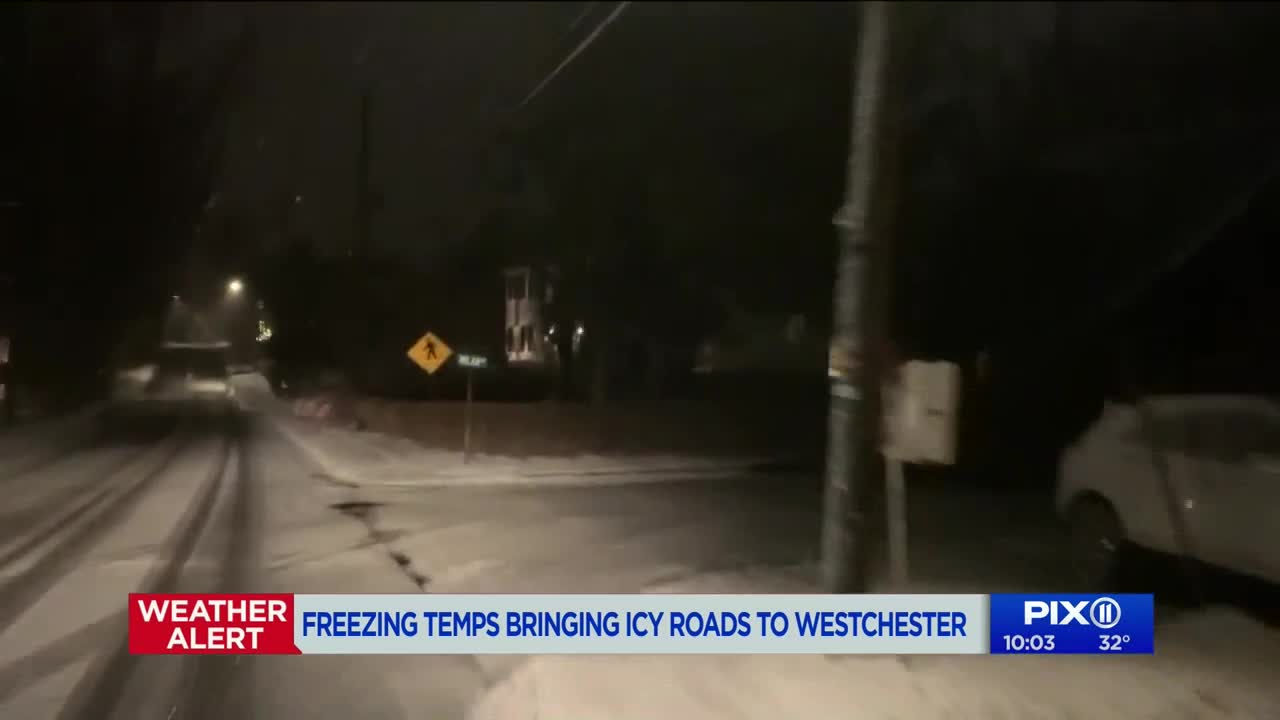 A long, drawn-out stormy with a wide variety of snow totals in the NYC area Monday. But a wallop to the north.

Up until that point, the county had seen mostly freezing rain, sleet and light to moderate snow.

"Believe it or not we have had some guys in since 10:30 Sunday morning and people have been filling in ever since," Joe Luppino of the Mt. Kisco Department of Public Works said.

Luppino said his team was constantly brining the roadways and spreading salt to try and melt any ice or snowfall. But the temperature is expected to drop overnight and roadway icing is expected.

Mt. Kisco resident Bridget McNamee took her daughter to Target Monday evening, seeing that the village was unusually quiet due to the weather.

"A nice break from the holiday crowds from the weekend," she said.

Westchester County Executive George Latimer had a message for anyone planning on driving as the storm pushed through.

"It's going to be slick on all of our major roads. And people need to use normal precautions," he said.

Many schools in Northern Westchester let out early or were closed Monday because of the storm.

Monday night the county reported all major highways and parkways were slick but open.