Westchester cleanup underway as many are still without power 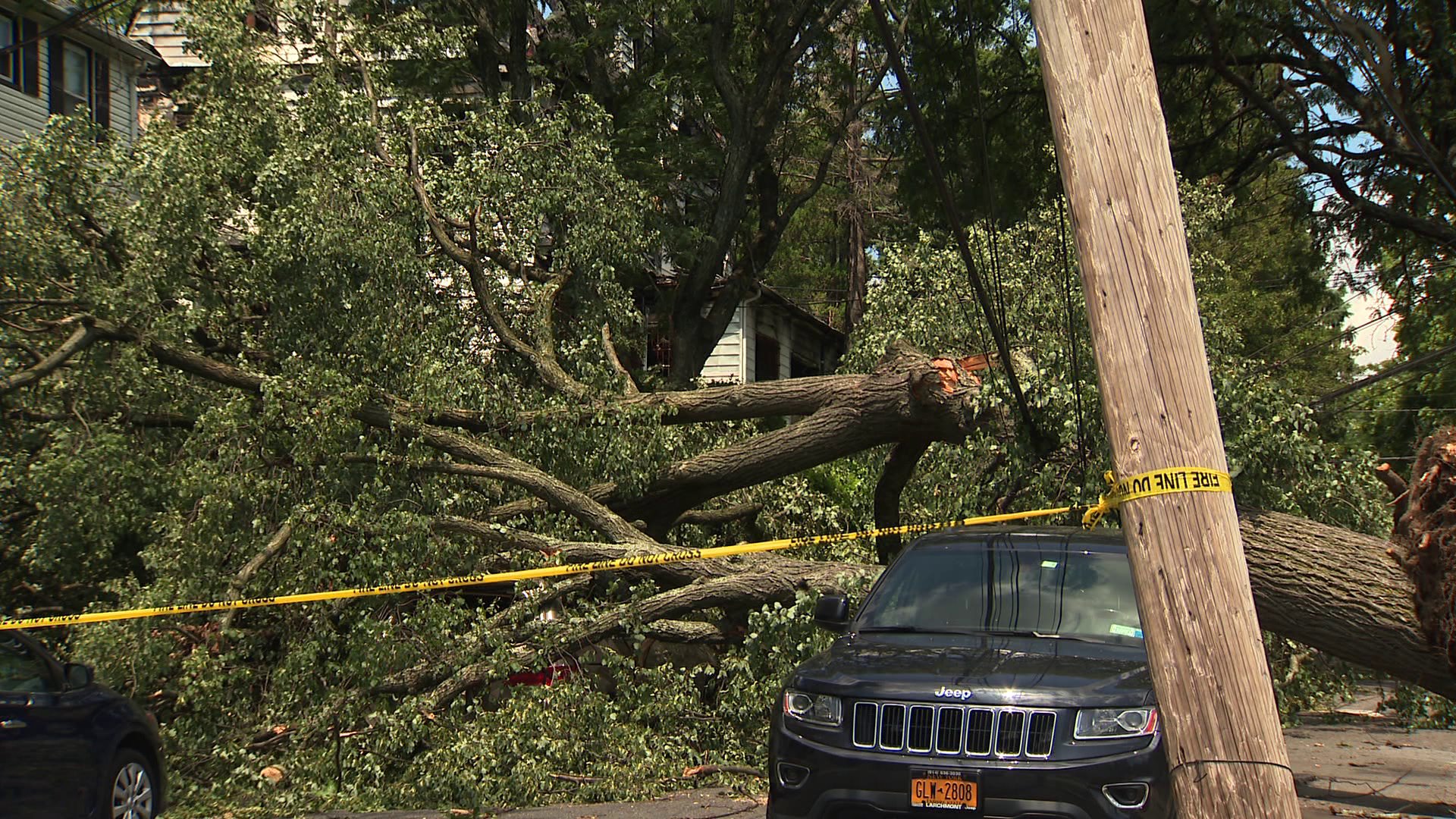 The high wind and heavy rain toppled trees and took down power lines. One day after the tropical storm hit the tri-state area, approximately 100,000 customers in the county were without power.

Gov. Andrew Cuomo declared a State of Emergency in multiple counties, including Westchester.

Colleen Soul lives in Quaker Lane in Chappaqua. Not only does she not have electricity, but a tree blocked her driveway.

"We have been in touch with our tree company but they can't come out. It's Con Ed who has to remove it because it is sitting on top of wires on the ground," Soul said.

While most major roadways have been cleared in Westchester, many small neighborhood roads remain impassible.
Above ground power lines criss-cross the county.

"A universal burying of lines is unlikely unless we are prepared to pay significant costs to our electric bills as they are currently," County Executive George Latimer said.

The grocery store, DeCicco and Sons, offered to store customers' food at its 8 locations so so it wouldn't spoil.

"We are just offering anyone in the community refrigerator and freezer space. It's a little tight back there but we are finding a way to make it work," Millwood Assistant Manager Jim Wright said.

Gasoline was hard to find in parts of Northern Westchester due to power outages.

Kathy Flake and her daughter had to drive down to Mt. Kisco to find a working gas station.

"It's for the generator and the chainsaw, cause we have no power," she said.