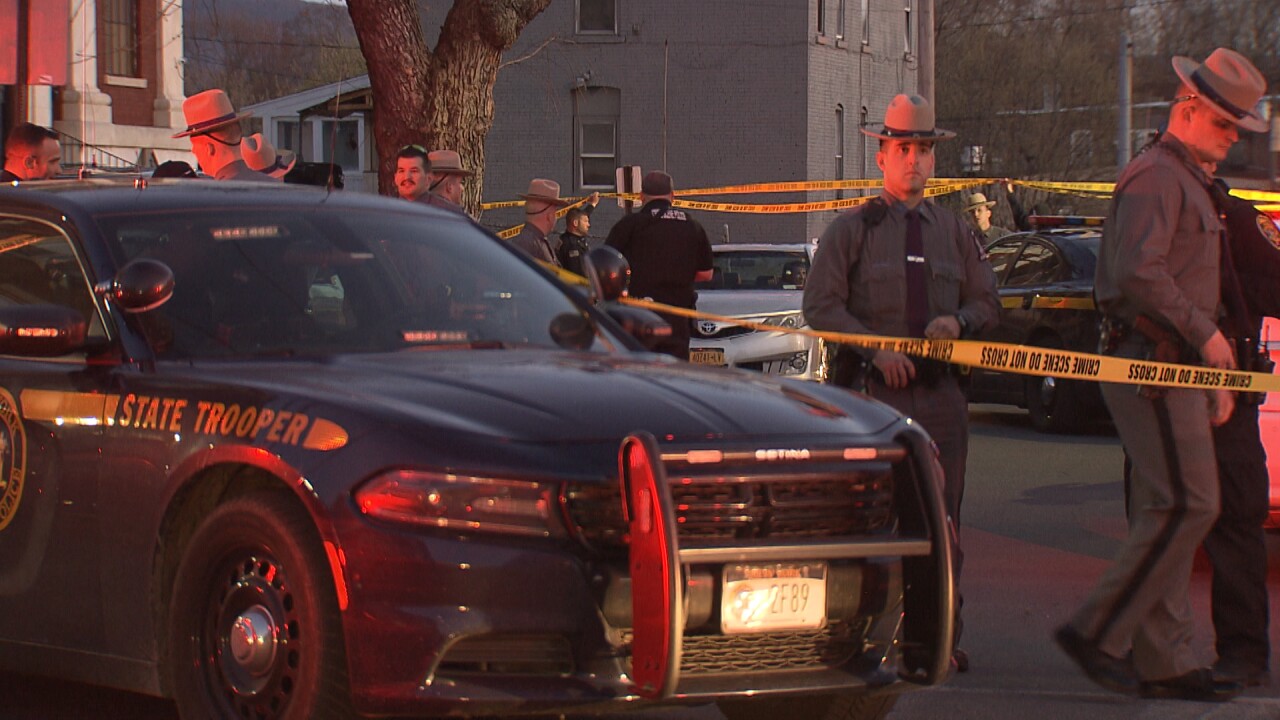 NEWBURGH, NY — An upstate New York mayor pleaded for peace and calm after a street riot and fire broke out following a police-involved fatal shooting.

Newburgh Mayor Torrance Harvey spoke at a news conference Saturday afternoon to correct misinformation on social media about the Friday evening shooting of a man on a city sidewalk.

Orange County District Attorney David Hoovler said the man was stopped for questioning about an earlier shooting and was not unarmed as some posts had claimed.

Hoovler released police body camera video showing the man pointing a handgun at an officer's head before he was shot.

One of the officers was wounded. A grand jury will review the incident.