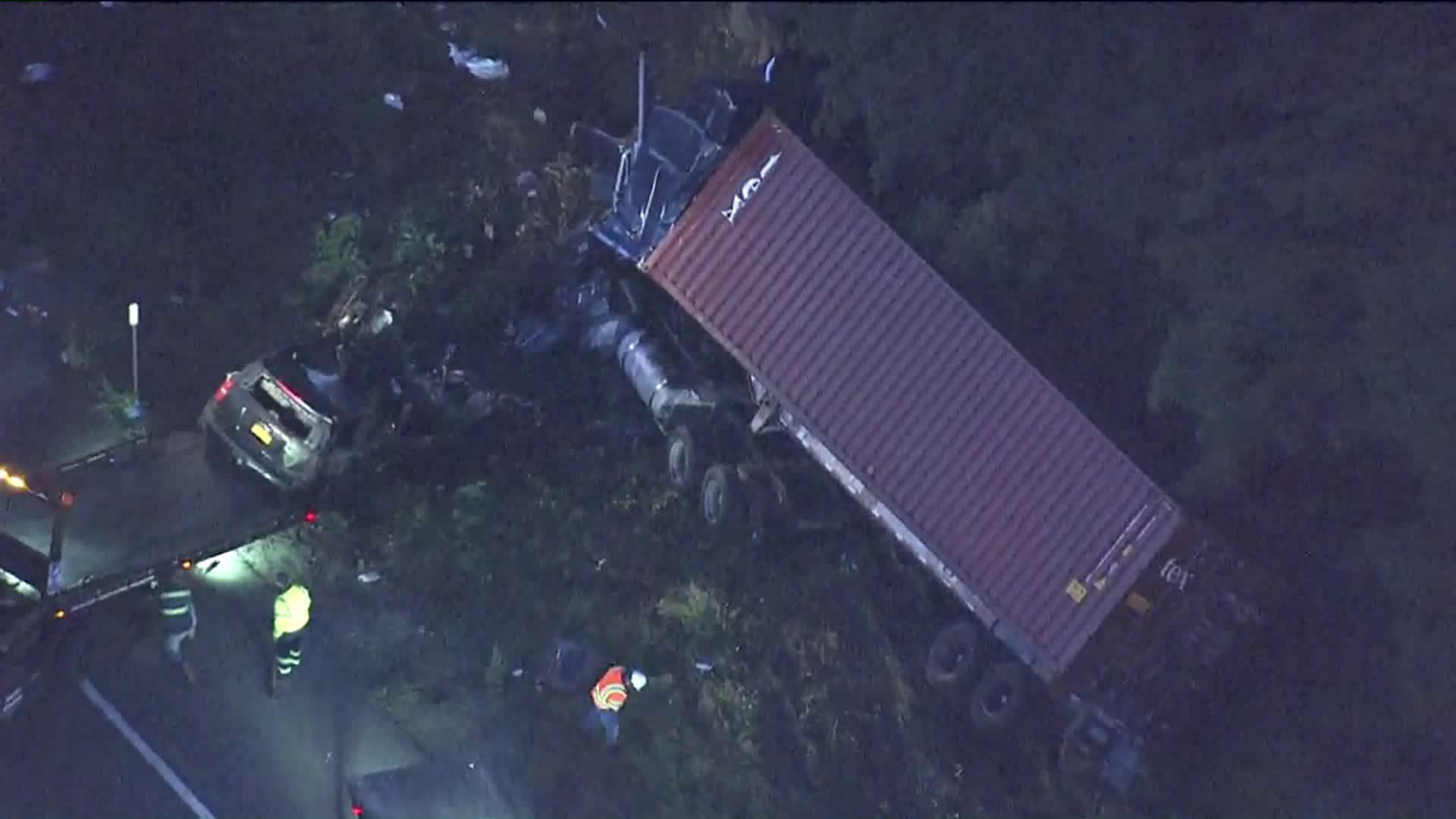 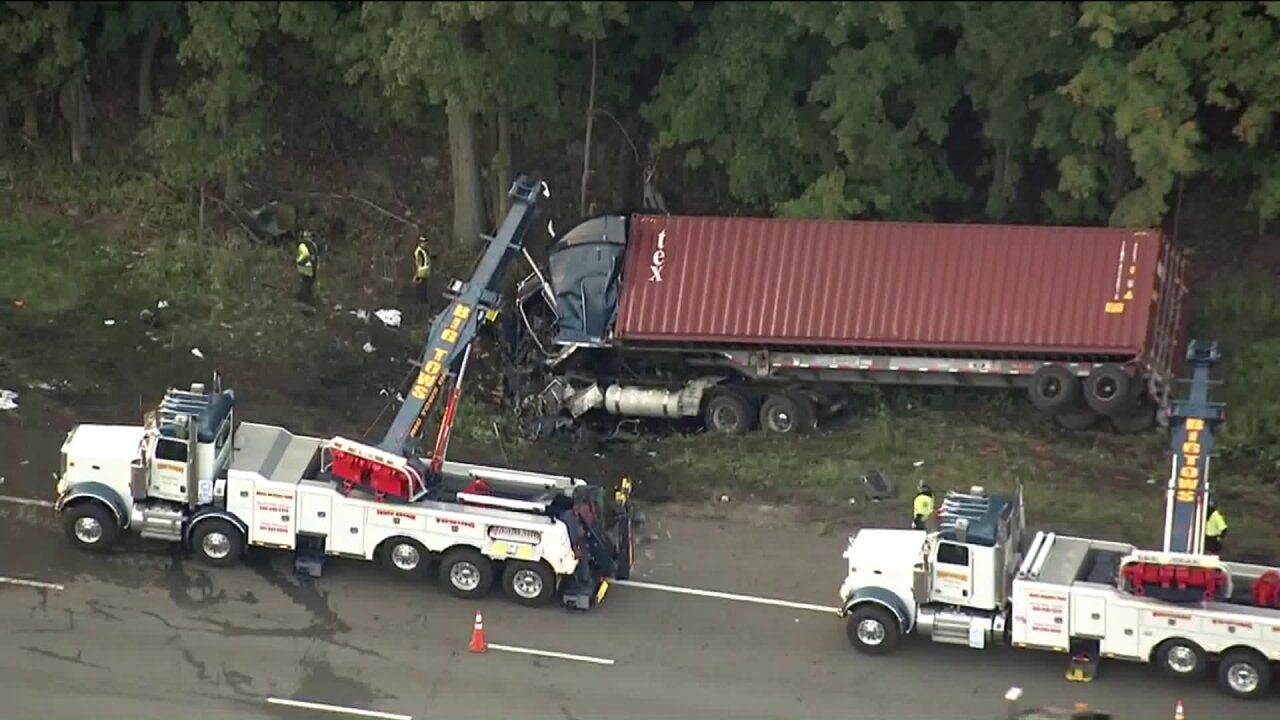 Officials said the crash occurred around 1:45 a.m. on the southbound side of the highway, just south of Exit 15 in the Suffern area of the town of Ramapo.

AIR11 was over the scene the deadly collision. Both the damaged SUV and overturned tractor trailer were completely off the road.

According to state police, two people in the SUV were killed.

Preliminary investigation revealed 27-year-old Moshe Herzog was operating a 2017 Chevrolet Tahoe and was attempting to change lanes and possibly exit the Thruway when the SUV collided with a 2007 Peterbilt tractor trailer that was traveling in the right lane, according to authorities.

The collision caused both vehicles to exit the roadway over the right shoulder before coming to rest in a ditch along the wood line. The Tahoe became fully engulfed, authorities said. Both Herzog and the passenger, 26-year-old David Schneebalg, were pronounced deceased at the scene.

The driver of the tractor trailer was entrapped in the vehicle and had to be extricated, officials said. He was taken to the hospital in an unknown condition.

Around 7 a.m. authorities said the right lane of the highway was still closed while the center and left lanes have reopened.

In a statement, Rockland County Executive Ed Day called the news of the incident "extremely difficult to bear."

"The untimely deaths this morning of two William P. Faist Volunteer Ambulance Corps members is extremely difficult to bear. I join with all of Rockland in mourning 1st Lt. Supply Officer Moshe Herzog and EMT David Schneebalg who served our community as dedicated volunteers. The loss of these young men is devastating, but their service to our community will not soon be forgotten.

As a former NYPD commander and first responder, I urge those who responded to the scene or were otherwise affected by this loss to speak with the mental health counselors available through your agencies. Responding to a tragedy of this nature is not easy and speaking from experience, some of these memories will stay with you for years, but help is available."