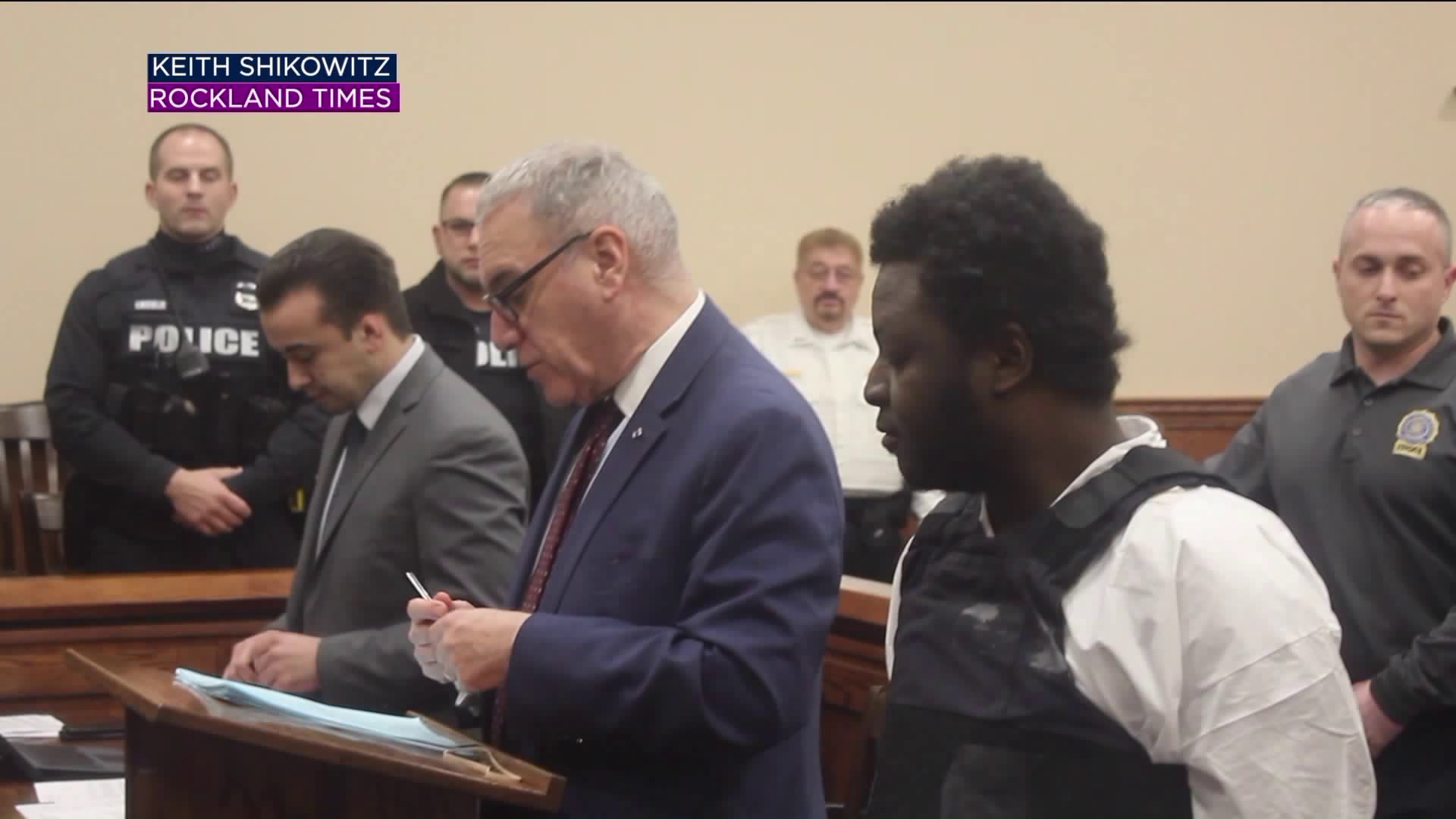 Blanchard Glaudin, the man arrested in a deadly stabbing at a Spring Valley library last week was seemingly let out of jail months ago after an alleged attempted rape in 2019.

SPRING VALLEY, New York — The family of a security guard who was fatally stabbed on the job at a Spring Valley library is demanding answers.

Just months before Blanchard Glaudin, 25, was charged with stabbing Sandra Wilson at the Finklestein Library, a judge had allowed his release without bail after an alleged attempted rape in November.

Wilson's brother, Marvin Hayward, believes his sister would still be alive had it not been for Glaudin's release.

Glaudin is accused of stabbing Wilson, 52, with a kitchen knife on Tuesday after she asked him to turn down his music. Library patrons intervened in the attack and were able to hold Glaudin until police arrived and took him into custody. He was charged with second-degree murder, officials said.

Glaudin was ordered to undergo a mental health evaluation in November, according to court documents. Wilson's brother called on county officials to do more to help those with mental health problems.

"I work in the mental health field, and I feel Rockland County is lacking in mental services for people and shelters. We need help," he said.

The district attorney is vowing a full investigation into why Glaudin was let out of jail after the felony arrest in November.

"Although I was not in the office on that date, I have directed my executive team to examine all documents and minutes related to this case. Rest assured, I will investigate this issue and reveal the findings as soon as possible," Rockland County District Attorney Tom Walsh said in a statement. "Currently, the main focus of my office right now must be to ensure that we deal with the senseless killing of Ms. Wilson. My office will work tirelessly to prosecute Mr. Glaudin and to provide justice to all involved."