No smoking, drinking or eating as Atlantic City casinos reopen 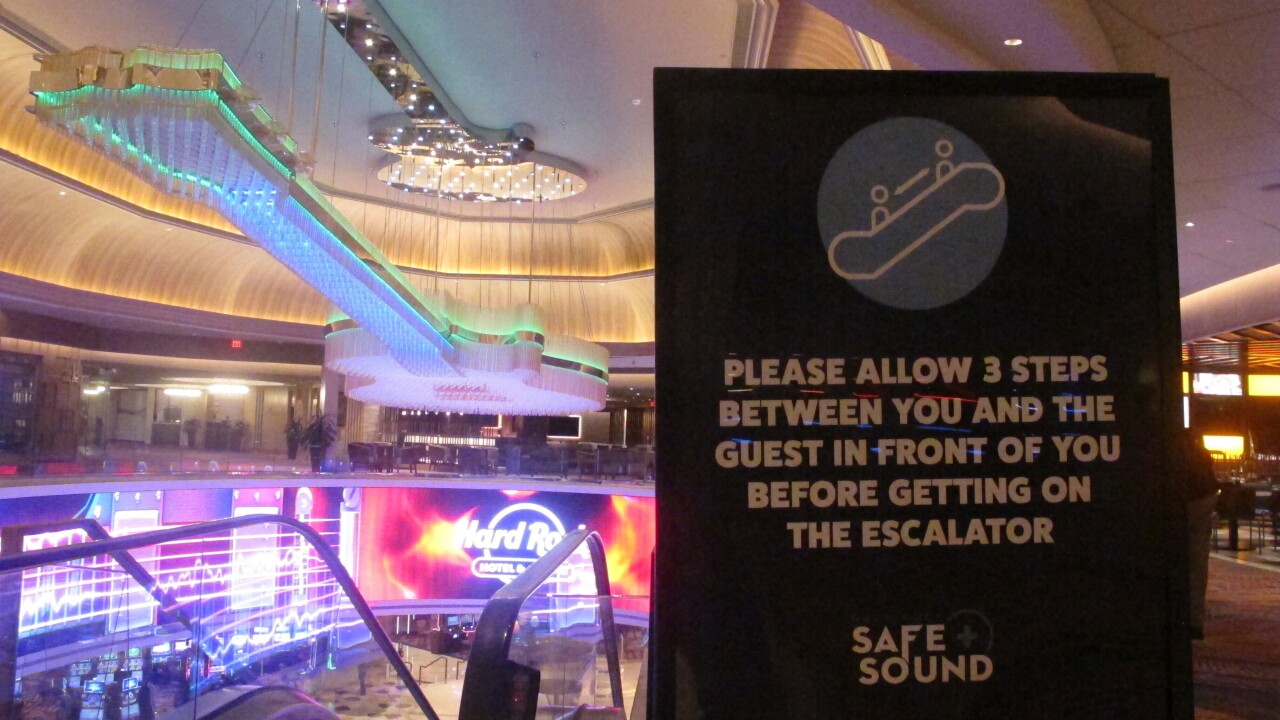 Wayne Parry/AP
This June 24, 2020 photo shows a sign in the Hard Rock casino in Atlantic City N.J. instructing customers to maintain a distance on the escalator to prevent the spread of the coronavirus. Smoking, drinking and eating will all be prohibited when Atlantic City's casinos reopen after being shut for three months due to the coronavirus outbreak under rules imposed by New Jersey Gov. Phil Murphy on June 29, 2020. (AP Photo/Wayne Parry) 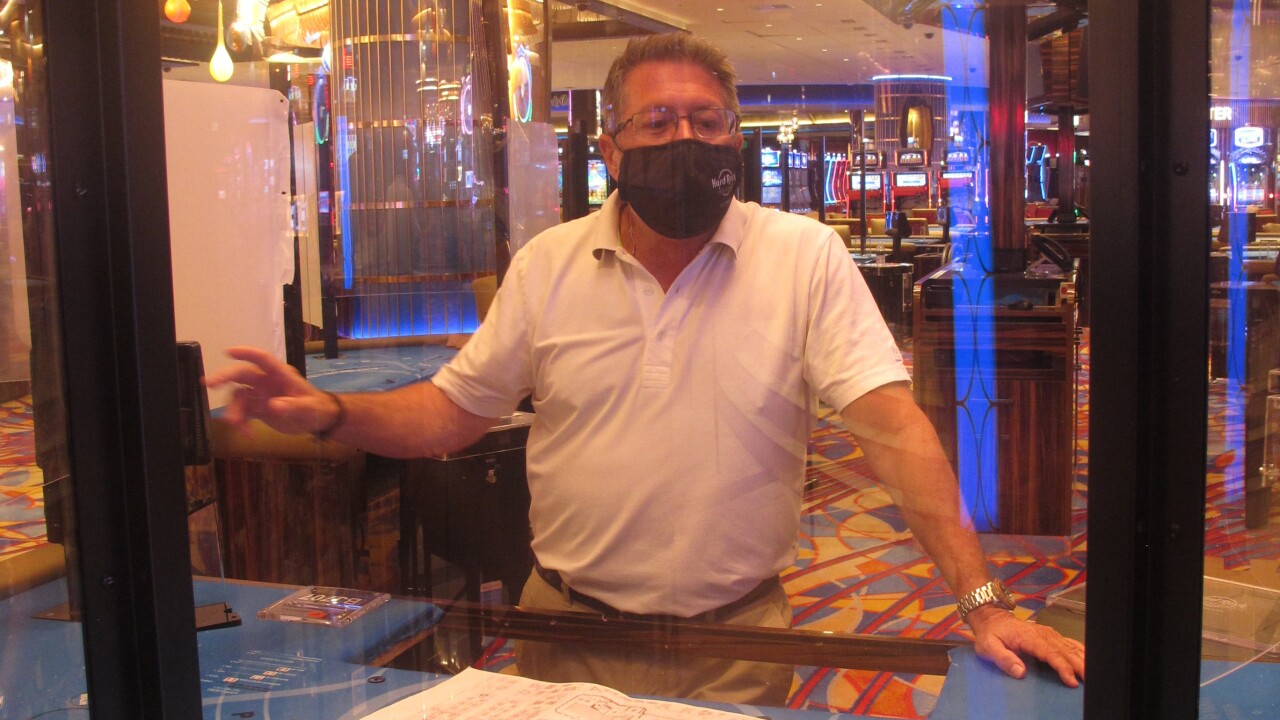 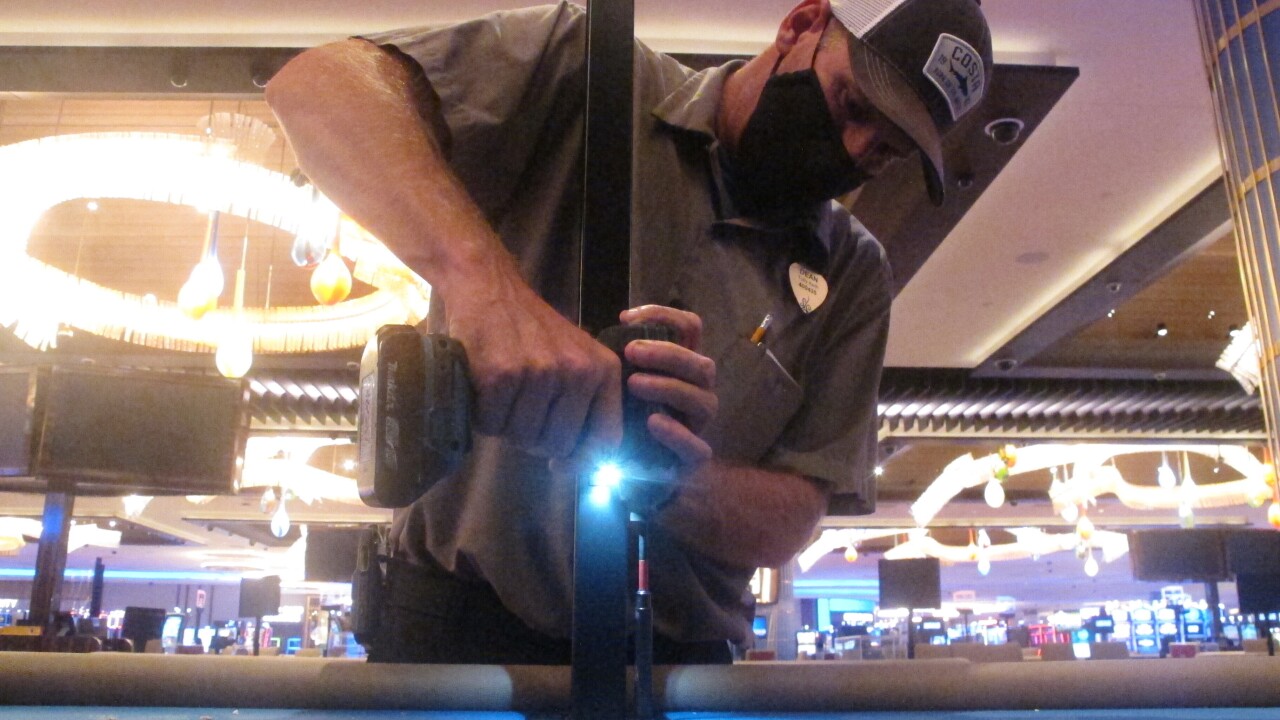 ATLANTIC CITY, N.J. — Gamblers coming back to Atlantic City casinos this week will find a different world: No smoking, no drinking or eating inside.

New Jersey Gov, Phil Murphy revealed the bans in a late-night press release Monday that landed like a bombshell in Atlantic City.

Already, the Borgata casino scrapped its plans to reopen soon, and others were trying to decide what to do Tuesday.

Murphy banned indoor dining, saying crowds weren't behaving responsibly enough, and tacked on smoking and drinking bans for the casinos, many of which had planned to reopen Thursday for the first time since March due to the coronavirus outbreak.