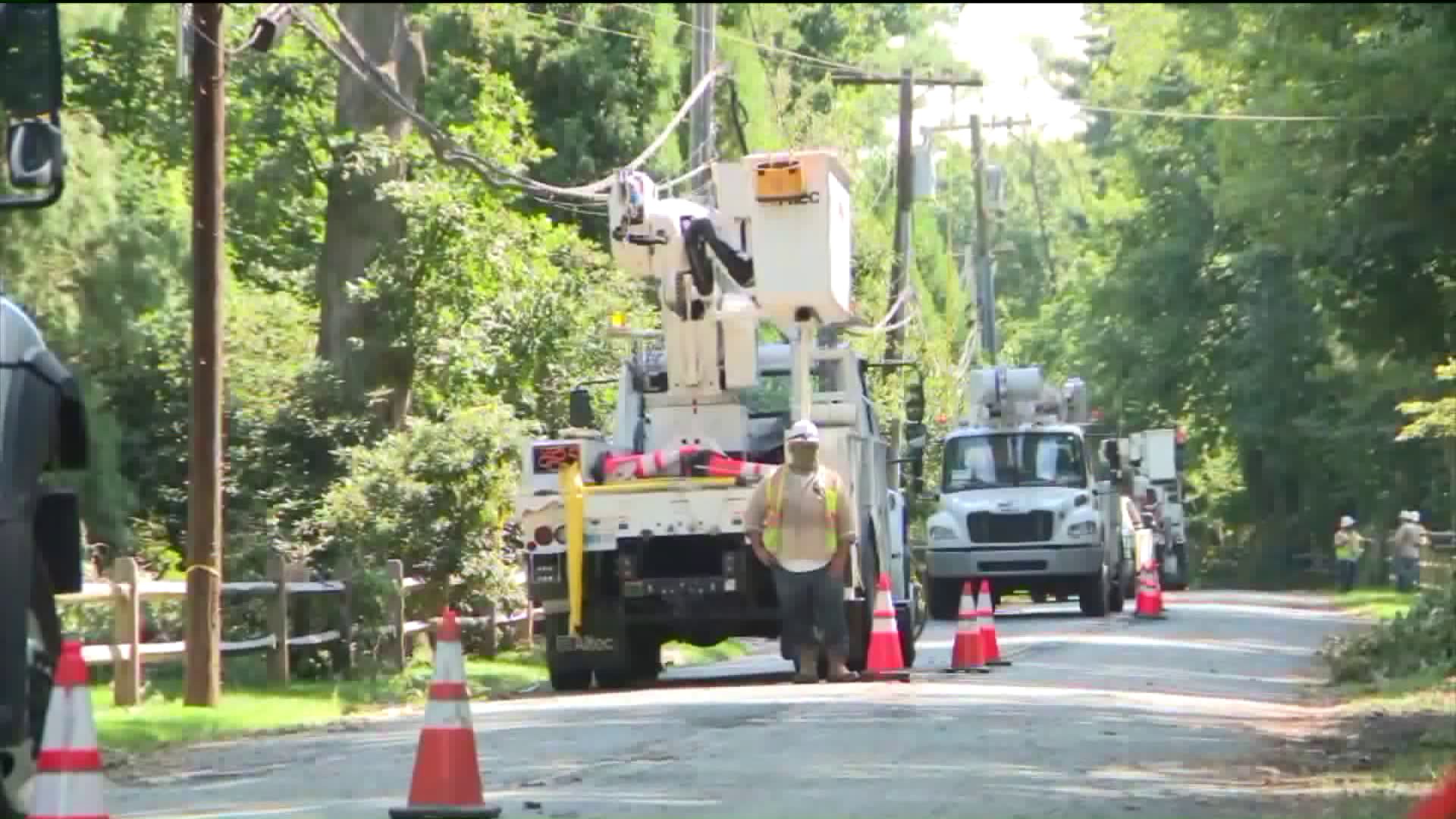 Over 19,000 customers woke up Wednesday still without power, over a week after Tropical Storm Isaias hit the New York and New Jersey area. Most of the outages are still plaguing Long Islanders, who are fed up.

NEW YORK — Tens of thousands of customers across New York once again waking up in the dark Wednesday, more than week after Tropical Storm Isaias slammed the region.

The tropical storm's damaging winds toppled trees and power lines across the tri-state, initially knocking out power to millions.

Utility companies have called Isaias one of the biggest outage producers in recent years. But some elected officials have criticized the power providers' preparedness and response.

The return of hot weather has compounded concerns about those still without power – and air conditioning.

As of 2 p.m. Wednesday, PSEG Long Island reported nearly 12,000 customers were still without power. At the peak of the outages, a total of 420,000 L.I. customers lost power in connection with the storm, per PSEG.

Nassau County Executive Laura Curran voiced her frustration with the ongoing outages on the PIX11 Morning News Tuesday, giving PSEG an "F" grade for its response.

The county opened cooling and charging stations in Hicksville, Wantagh and Valley Stream to assist those without power or air conditioning.

Watch her full interview below:

Con Edison reported thousands of New York customers were still without power as of 1:45 p.m. Wednesday.

A Con Ed official previously told PIX11 that a total of 260,000 customers lost power due to Isaias.

In New York City, 420 customers remain out of service due to Tropical Storm Isaias. About 115 outages were reported in Queens and the remaining in Brooklyn and the Bronx, while Manhattan and Staten Island had no outage reports as of Wednesday at noon.

Westchester County accounted for about 270 customers powerless due to Con Ed's Isaias-related outages as of 12 p.m. Wednesday, according to the company.

The company is also working on about 2,145 outages not related to the storm.

New Jersey was in far better shape Wednesday, with just under 400 customers without power across the state as of 5 a.m., however thousands of customers have been reported outages since 2 p.m. as storms roll in.

Jersey City Power and Light reported over 35,600 customers without power as of 2:10 p.m. Wednesday.

As thunderstorms rolled in Wednesday afternoon, Ocean County has 66,000 outages right now because of a severe thunderstorm passing through, according to Gov. Phil Murphy, "Ocean County is getting crushed right now."

Orange & Rockland reported that only about 36 customers in NJ were still without power.