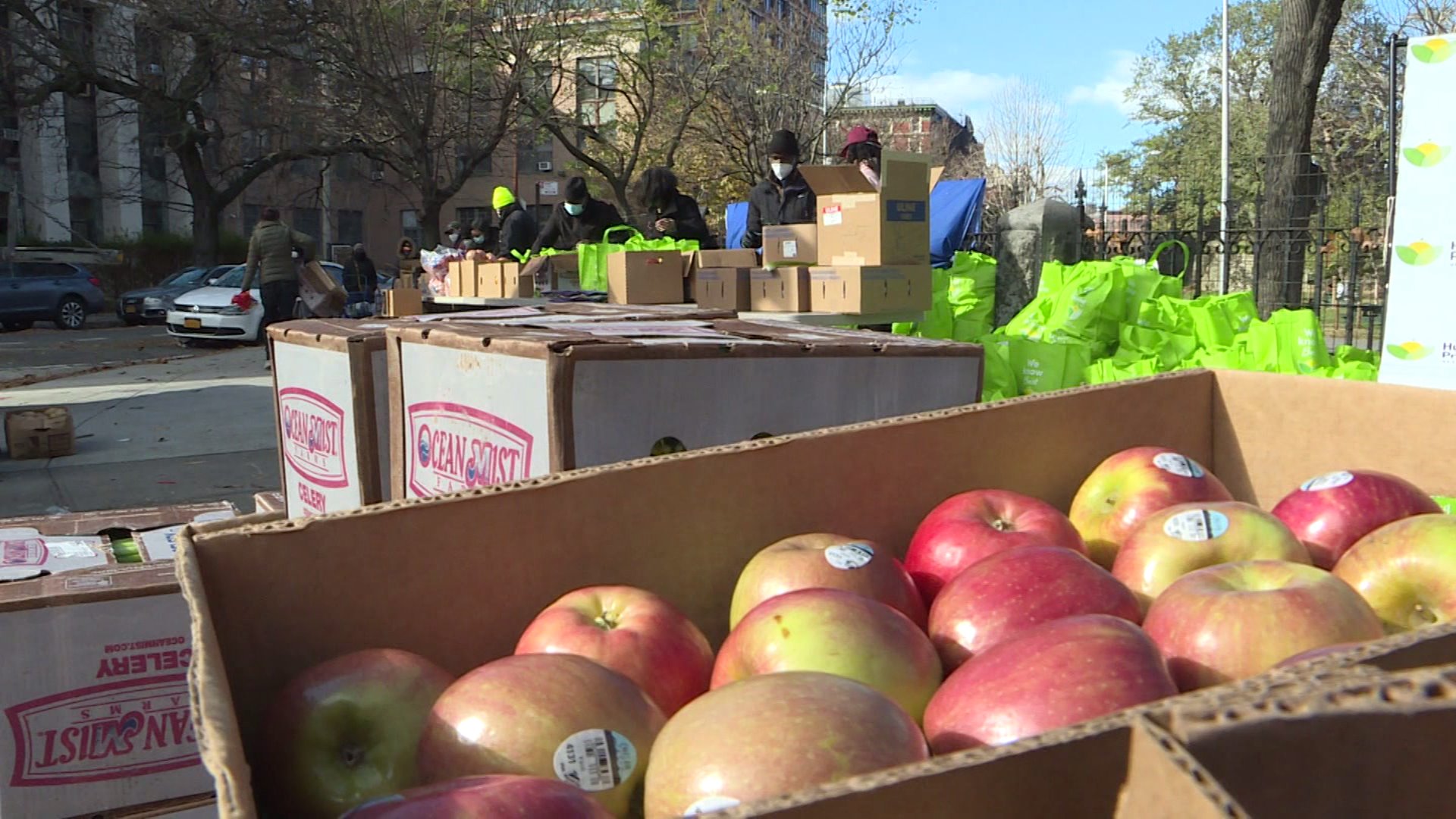 For so many, help is needed more than ever.

EAST HARLEM, Manhattan — Just before 12 p.m. Wednesday, a line of residents wrapped around Marcus Garvey Park in East Harlem, and while their stories vary, their struggle is universal.

Fresh produce distributed by Hunts Point Merchants and Manhattan Borough President Gale Brewer was up for grabs at the food drive, an annual tradition that has now become vital, as food insecurity among New Yorkers soars to new heights approaching the holiday season.

"You have thousands of people who no longer have jobs and those are the people who are on line," Manhattan Borough President Brewer told PIX11 News. "And I know many of the people online today."

What was already a bad situation in the city has now gotten worse.

According to a new report by the Robin Hood Foundation, 32% of New Yorkers surveyed said they have food insecurity fears; that’s up from 12% before the pandemic.

"We see a huge increase - a threefold increase in the number of people having to turn to pantries," Jason Cone, Chief Public Policy Officer at Robin Hood Foundation, said. "We expect that this situation will actually get worse," due to lack of federal help.

As benefits provided by the CARES Act began to expire, the Robin Hood report shows New York City saw a significant increase in food hardship in September and October, where 51% of New Yorkers turned to food pantries to help feed themselves and their families.

"New Yorkers live in a high cost of living city and food is at the top of the list along with things like rent," Cone explained. "Sen. Schumer and Sen. Gillibrand — they really need to step up in Washington."

While the timeline for a second stimulus check is still unclear, and has become even more uncertain amid election fallout, local organizations and pantries are stepping up.

Hunts Point Merchants will pay a visit to each borough over the next nine days, distributing more than 25,000 pounds of fresh produce.

If you or someone you know is in need of food assistance, here are some resources that can help:

For elderly New Yorkers, CityMeals is partnering with the NYC Department for the Aging to deliver meals: See if you are eligible here