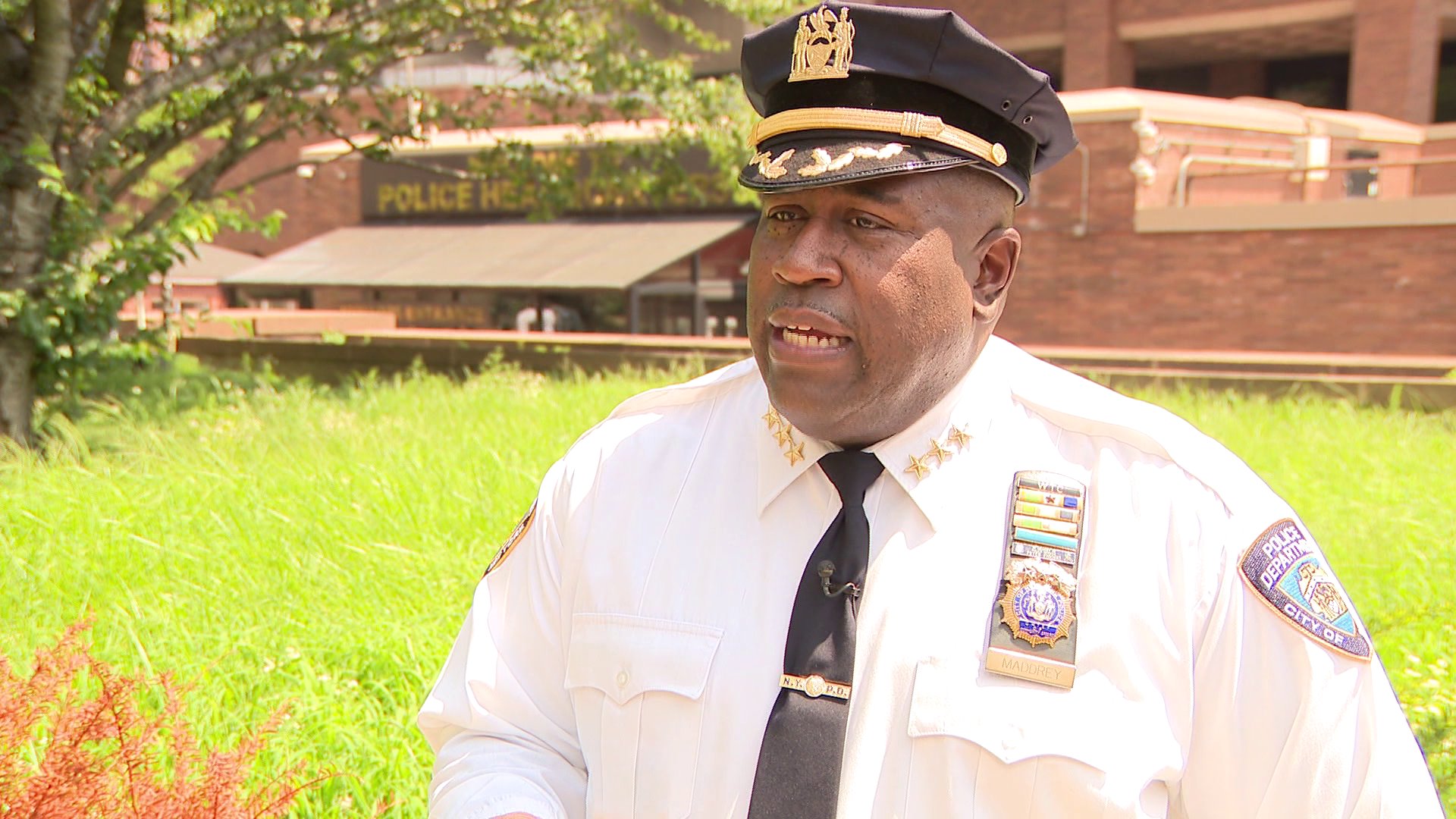 Chief Jeffrey Maddrey is trying to build a bridge between the community and his police force.

HARLEM, Manhattan — One on one, face-to-face interactions between police and the community are a part of police reform, with the bottom line improving relations that have been rough on both sides.

Chief Jeffrey Maddrey is trying to build a bridge. PIX11 News spent the day with NYPD’s new chief of community affairs, driving through Harlem and making stops along the way. It’s the chief’s way of building a relationship with the community but then there are setbacks along the way.

What’s not easy is to fix what’s broken. Morale is way down among police officers, so how is the chief going to pull that together to build that relationship when you have pressure on both sides?

"We can fix all of the things that’s broken but what we can’t reconcile is gun violence,” he said.

But to help heal, the Chief is starting in Harlem in hopes to change perception and build connections and show that not everything you see on TV or the internet is real.

"I would say we see videos in incidents where cops behavior looks terrible but nobody is documenting the great interactions," he said.

Those interactions include buying and delivering food to a mother who recently lost her son to gun violence.

Thursday evening they have invited Harlem to join the finest for fun and games, some hoops and of course music. The hope is that with every smile, a relationship is being built.