'You can see me outside': Jersey City councilman apologizes for comments made during heated meeting 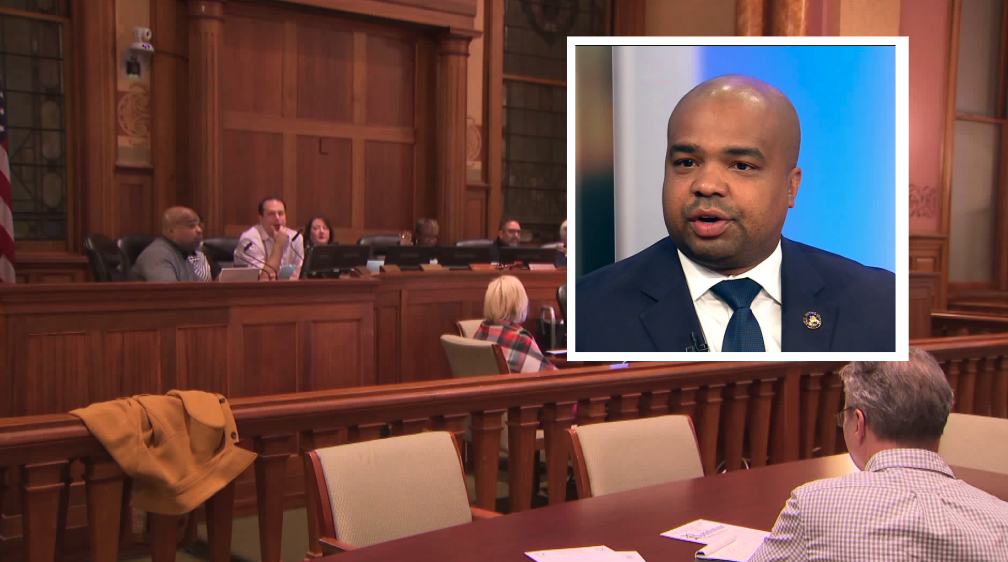 Councilman Jermaine Robinson has apologized for comments made during a heated JC city council meeting. He discusses what happened.

JERSEY CITY, N.J. — Things got heated during a city council meeting in Jersey City Wednesday night, where city council members voted to put the controversial proposal on November's ballot and parents, teachers and union leaders certainly voiced their displeasure with the move.

During the meeting, Councilman Jermaine Robinson lost his cool, telling those opposed "You can see me outside." He has since apologized.

Robinson spoke to Dan Mannarino about the situation and his views on the controversial proposal.

When asked if he believes he should resign, Robinson said no — the comments were made at "the heat of the moment," but he never really meant to threaten anyone.