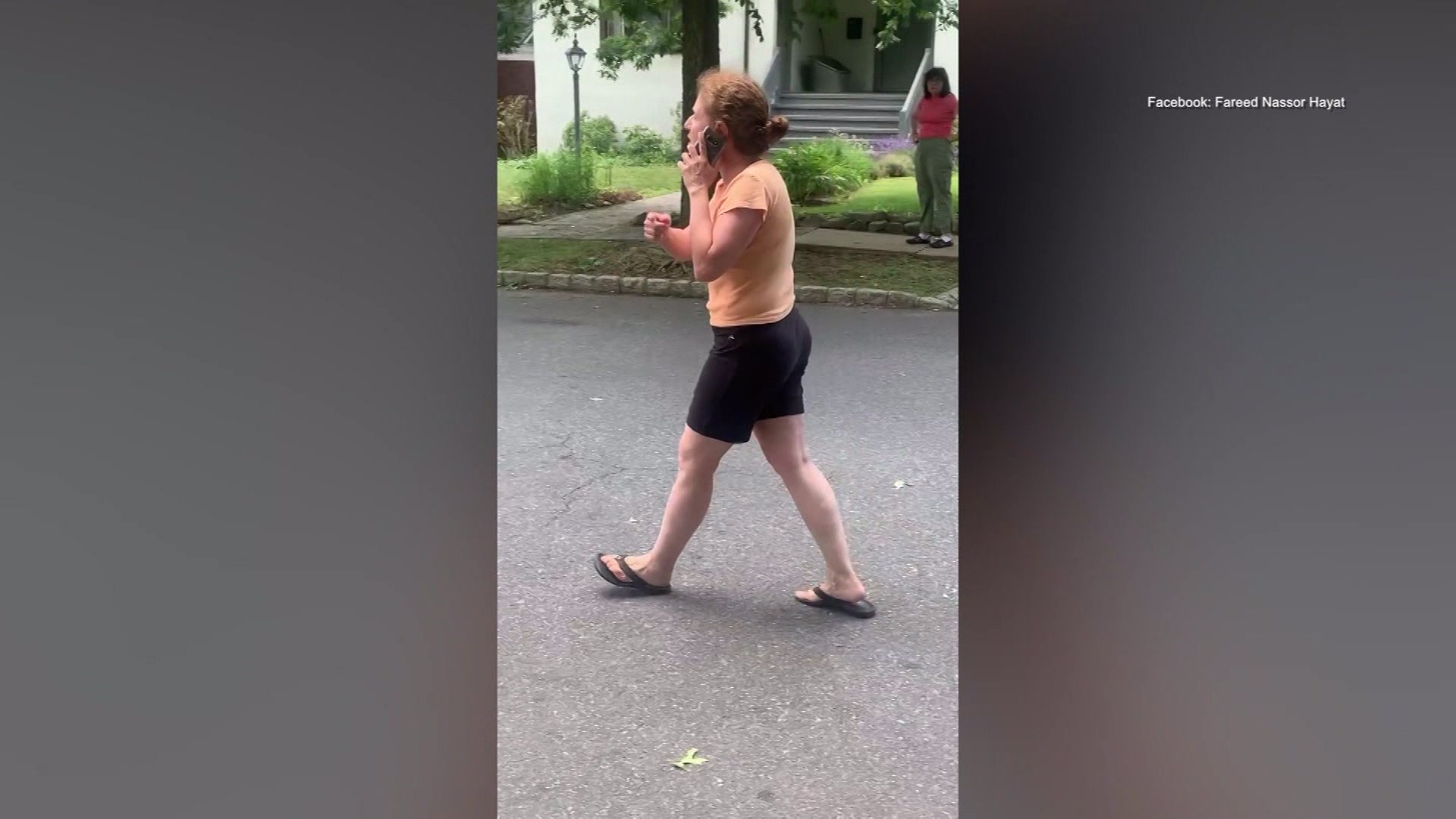 A dispute between neighbors over work being done at a northern New Jersey home this week sparked a brief anti-racism protest march after video of the confrontation was posted on social media.

MONTCLAIR, NJ — A New Jersey neighborhood rallied together this week after a White resident called the police on her Black neighbor, falsely accusing him of assault during a heated exchange over patio construction.

Video of the incident, which happened in Montclair on Monday, went viral after it was posted on Facebook.

A woman, identified by neighnors as Susan Schultz, claimed she was assaulted by the homeowner, who she shares a backyard property line with.

Homeowners Fareed and Norrinda Hayat, who are both attorneys, said they attempted to diffuse the situation.
According to them, Schultz has harassed them since they moved to the neighborhood in 2018.

“This was just the latest in a string of interactions which she would come to us and make complaints to us about things we were doing on our property,” Norrinda Hayat told PIX11.

Despite trying to appease her with every complaint she’s had, they say she’s consistently targeted them.

On Monday, Schultz questioned whether they had a permit to build a patio in their backyard.

“This week, the difference was when we were unable to answer her in a time frame she wanted, she attempted to weaponize the police,” Fareed Nassor Hayat said.

While police were called, it neighbor Lisa Korn and others came to the couple’s defense; they witnessed the whole incident and said no assault ever took place.

“There was an interest in inflaming this situation so that she could call the police,” Korn said. “‘Oh 'I am going to call the police this was an assault’ Really? No,” she said.

Norrinda Hayat said she was grateful that her neighbors stepped up.

“Everybody just recognized the moment that we are in and just how quickly these things could turn dangerous,” she said.

Montclair police confirmed that officers responded to the scene but did not give further details.

The incident happened at a time when social and racial injustices are under the microscope following the death of May 25 death of George Floyd, a Black man, at the hands of police in Minneapolis.

Dr. Gita Zarnegar, a Los Angles based psychiatrist who has not treated Schultz or anyone involved in the incident, said the current climate is leading many people to act out in irrational ways.

“They are doing things that probably, in a healthy state of mind, they would look back and feel a tremendous amount of shame,” she said.

PIX11 made several attempts to speak to Schultz, but no one at her home answered the door or picked up the phone.

There is now an active online campaign to have Schultz , who has now been dubbed online as “Permit Karen,” terminated from her job at the environmental protection agency.

Calls and emails to the agency weren’t immediately returned.